Farmers along the Missouri River are cleaning up and looking ahead in the aftermath of this spring’s disaster. 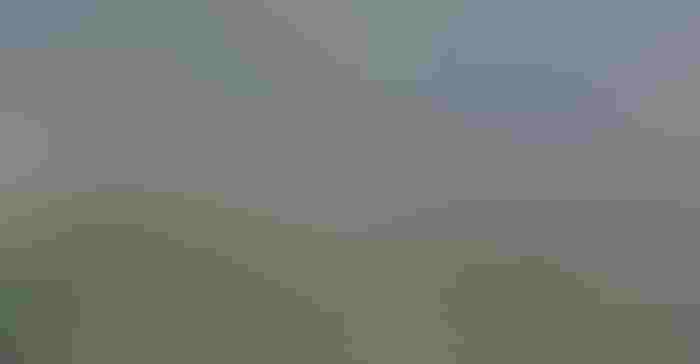 As Scott Olson often says, "I've learned more about the river than I ever wanted to." Olson has farmed along the Missouri River bottom in Burt County for the past 20 years. However, some of the most challenging years have come in the past decade.

Having been through two major flood events in 2011 and 2019 — and several smaller events — Olson has become all too familiar with the recovery process after flooding. Now, with the growing season underway, Olson and others along the river have fields that weren't planted this year because of flooding and the erosion that comes with it. Some have fields that are still underwater.

And when a flood goes through, it has long-term effects on the land. "Anyplace where the water has washed around it, it's going to change the soil," Olson says.

Like the 2011 flood, the 2019 flood left large amounts of sand, silt, crop residue and debris behind, and gullies and scour holes eroded in fields. Having cleaned up after one flood, only to have another strike eight years later, Olson likens the process to "trying to empty a horse tank with a teaspoon." It takes time, funds and perseverance.

"I've spent countless hours down here moving sand,” he says. “I get a permit every year from the [U.S. Army] Corps of Engineers to put sand back in the river. I can do this as time and money allows. It's just a matter of getting the humus back into the soil and getting a crop to grow again — it takes time. They say Mother Nature will build topsoil at the thickness of a dime each year."

But it isn't always as simple as moving sediment with a scraper — there's a process involved in clearing sand and silt deposited from flooding. Often, it means giving the sediment time to dry out before handling it with scrapers.

"In 2011, we had to go down with a tractor and a hydraulic blade, make windrows and let it dry out just so we could get on the ground. Otherwise, scrapers sink," Olson says. "Then we had to smooth it back off for the scrapers to pick it up properly."

It's also important to leave the native soil layer intact and keep the depth of sand and silt consistent when it's spread back on the field. For Olson, this means leveling and reshaping fields without the help of GPS or laser-leveling devices.

"In 2011, we had to get sand off the top of our CRP [Conservation Reserve Program] ground," he says. "We had good soil underneath because the grass held it in place, so we had to be careful what we took off."

Some sand and silt can be used to fill in scour holes — although some scour holes, at depths of 10 to 15 feet, take more sediment than is available.

For Olson and others along the river, it isn't enough just to clean up the sediment and fill in scour holes. They also must make sure the land drains properly.

"A lot of this ground flooded in 2011 and carried sediment backwards from how it drains,” he says. “That means I have to bring all that sediment and residue back the other way. All of this land drains south and west on the west side of the river. If I don't get my drainage right, I'll have holes that won't produce. I can't just fill scour holes and leave it."

To rebuild the soil and keep it from blowing on areas that can't be planted after flooding, some farmers — including Olson — have planted cover crops.

"We had to plant cover crops on all of our bottom ground to keep it from blowing in 2011,” Olson says. “When you put wind behind the sand, it's just like a sandblaster. If we wouldn’t have planted rye down on the bottom, it would have cut off anything we tried to plant after it."

Meanwhile, in spring 2012, University of Nebraska Extension planted a cover crop plot on Olson's property, including mixes of oats and peas compared with no cover crops. On the cover crop acres, about 4 inches of sand were caught, and corn planted the following year outyielded corn planted on the non-cover crop acres by about 30 bushels.

This year, Olson won't be able to plant about 150 of his 400 acres of bottom ground in Burt County, and notes it will likely be some time before his river bottom ground is back to pre-flood production levels — even before the 2019 flood, his yields hadn't fully recovered from 2011.

"Soybean yields still aren't quite as good as they should be, but they recovered better than corn yields," Olson says. "Corn is probably still 10% to 15% below where we should be. We used to have 200-bushel corn, but I think the best we had was about 120 to 125 bushels in 2013."

And the recovery process is ongoing, he notes. Some fields likely won't be planted next year.

"I'm still not done with 2011 — we're still doing drainage work and still moving sand off the bottom,” Olson says. “I've still got 8 feet of sand on the bottom ground from 2011.”