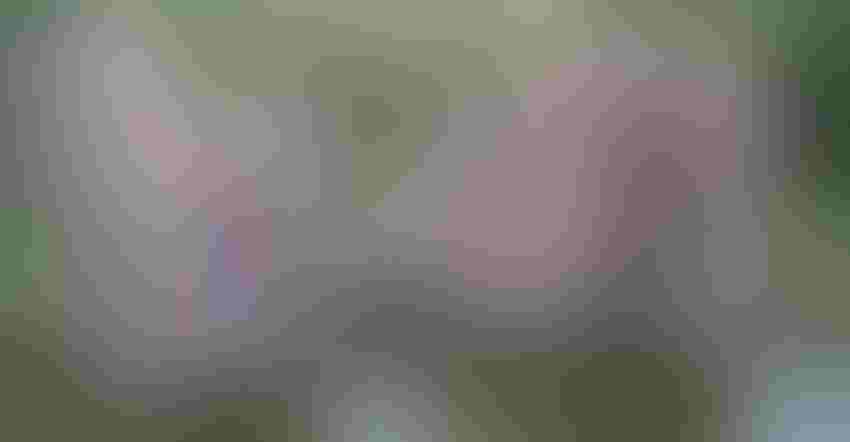 VIEW VALUE: The view of Palisade State Park from nearby farmland.

Is South Dakota farmland worth $12,700 per acre? It apparently is if it is close to Sioux Falls and has great views of a popular state park. Here is more information on that and other recent farmland sales:

Prettiest place to build?
Approximately 313 acres of farmland in Minnehaha County, S.D., sold between $9,100 and $12,700 per acre in November. The parcels of land were next to Palisade Sate Park between Garretson and Brandon. “Inclusive of some spectacular potential future rural building with vantage points with views of scenic rock formations and overlooking Split Rock Creek and views & observations of the railway, trees, wildlife and other aesthetic rural views of the surrounding countryside,” the sale bill read. The property had 11 different rural housing eligibilities. — Auction managed and conducted by Sutton Auctioneer and Land Broker, Sioux Falls, S.D. Phone: 605-336-6315. suttonauction.com.

7 bid on Clark County, S.D., land
Seven people made opening bids on 120 acres of farmland and pasture in Clark County, S.D. Bidding started at $2,000 per acre and the land sold for $4,370 per acre. About 80 acres of the parcel was cropland and the rest were pasture. All bidders were locals who farmed or had interest in farms. The buyer was a local businessman who owned other farmland in the area. A professional appraisal done in April correlated closely with the selling price — Auction conducted and managed by Marlin Fjelland and Terry, Schlagel Auctioneers, Clark, S.D. Phone: 605-532-5135.

'Heavy-hitting dirt' sells
Approximately 640 acres, described by the auctioneer as “heavy-hitting dirt” in Beadle and Brown counties of South Dakota, sold in four tracts for between $3,088 and $3,412 per acre at an auction this past summer. The land had strong eye appeal and is nearly level to gently rolling topography, according to the sale bill. It had approximately 426 acres of Class II soils with a productivity index between 81% and 98%. — Auction conducted and managed by United Country/Advantage Land Co., Brookings, S.D. Phone: 605-692-2525. advantagelandco.com.

'Terrifc' livestock farm brings $5,950 per acre
A “terrific” 320-acre livestock farm in Brookings County, S.D., sold for $5,950 per acre at a recent auction. It had a mix of native and tamegrass pasture; excellent cropland/hayland; and “excellent hunting opportunities for deer, pheasants, waterfowl and other wild game, made apparent by the observation of dozens of deer in various areas of this land, as well as other wildlife,” according to the sale bill. — Auction managed and conducted by Sutton Auctioneer and Land Broker, Sioux Falls, S.D. Phone: 605-336-6315. suttonauction.com.