A former lobbyist, Bernhardt could face tough confirmation fight, but could serve as acting secretary for years. 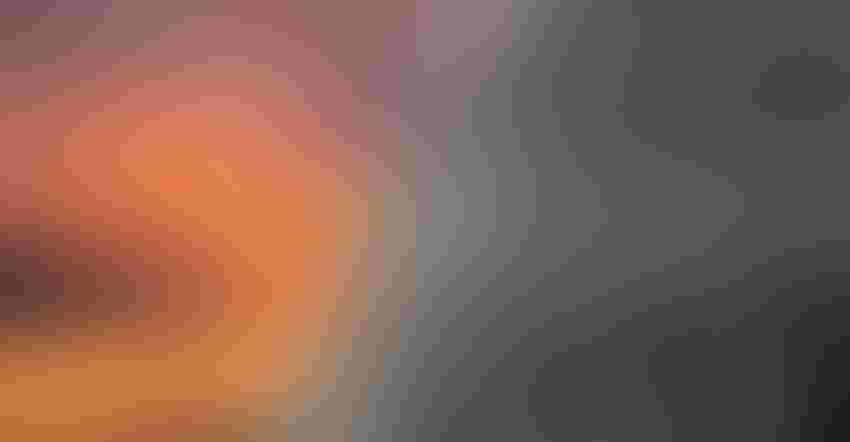 A former lobbyist who has played a leading, behind-the-scenes role at the Interior Department driving Trump administration policies to expand drilling and strip wildlife protections is poised to take over the agency at least temporarily.

David Bernhardt is expected to be named acting Interior secretary by President Donald Trump, following the resignation of current chief Ryan Zinke, which was announced Saturday.

The leadership shuffle may be more of a change in style than substance at Interior, an $11 billion agency with some 70,000 workers and responsibility overseeing drilling, grazing and other activities on public land and in federal waters. The National Park Service, Fish and Wildlife Service and Bureau of Land Management are units of the department.

The Senate confirmed Bernhardt for his current job by a narrow 53-43 vote, raising the possibility he’d face a tough confirmation fight if Trump were to nominate him to formally lead Interior. The White House has been considering a raft of potential nominees, and Trump on Saturday said he would name a new secretary this week.

Even without Senate confirmation, Bernhardt could potentially serve as acting secretary for years with virtually no limits on his power.

Unlike Zinke, a former Navy SEAL who rode a horse to the Interior Department’s offices on his first day on the job and had a secretarial flag hoisted whenever he was inside the agency’s headquarters, Bernhardt, 49, avoids the spotlight.

His profile is so low, in fact, that though he led a review of conservation plans for the endangered sage grouse, his name barely shows up in thousands of pages of Interior Department documents from the effort. Bernhardt’s public calendars also are devoid of detail about who he’s meeting with or why.

“In some ways, Bernhardt is hiding in plain sight,” said Kate Kelly, public lands director for the Center for American Progress, which has opposed some Interior actions taken under Trump and Zinke. “He is a central figure in all of the highest profile issues that the Interior Department is working on, but we know next to nothing about who he is meeting with and what he is doing to advance those priorities.”

Bernhardt’s supporters and critics alike describe him as a smart, hard-working lawyer who strategically and methodically advances his goals, often finding ways to use the bureaucracy to his advantage.

“One of the major assets he has in any job he has ever had is an ability to figure out the bureaucracy and understand process better than others,” said Jon Hrobsky, an attorney who worked with Bernhardt during the Bush administration.

Most of Bernhardt’s professional life has been tied to Interior -- either working inside the agency or lobbying it from the outside. After a stint at Brownstein Hyatt Farber Schreck LLP, Bernhardt went to work for former President George W. Bush’s Interior Department in 2001, eventually becoming the agency’s top lawyer in 2006.

When President Barack Obama took office in 2009, Bernhardt returned to his old firm, where he worked on behalf of oil companies and developers with business before his former agency. Bernhardt’s client list included affiliates of Noble Energy Inc., a major Gulf of Mexico oil producer; Equinor ASA, the Norwegian company seeking to build a wind farm off the New York coast; and Halliburton Co., the world’s largest oilfield services provider.

Bernhardt challenged protections for endangered salmon on behalf of California’s Westlands Water District. He lobbied for a proposed copper mine near Tucson, Arizona, on behalf of Rosemont Copper Co. And he fought a deep-water drilling ban in the Gulf of Mexico on behalf of Cobalt International Energy Inc. Bernhardt also represented Alaska in a 2014 lawsuit against the Interior Department that sought to allow oil exploration in the Arctic National Wildlife Refuge.

When Bernhardt became Interior’s deputy secretary in August 2017, he pledged to recuse himself from matters involving some former clients for at least a year. He described a scrupulous process to steer clear of potential conflicts in an interview with Bloomberg News, including listing companies to avoid on a pocket-sized card and in a memo to staff.

But critics note that Bernhardt’s former clients have been getting much of what they want out of the agency since he came on board.

“It is noteworthy that many of the deputy secretary’s former clients began receiving sudden and dramatic windfalls only months after his swearing in,” the Western Values Project, an environmental advocacy group, said in a federal lawsuit seeking release of agency documents related to Bernhardt.

The group says one of the companies “receiving regulatory bounties” from Interior is Cadiz Inc., a developer that aims to build a 43-mile (69 kilometer) pipeline to pump water from a Mojave Desert aquifer to thirsty Southern California. The Obama administration blocked the project, but Trump’s Interior Department withdrew legal obstacles and told the Los Angeles developer the federal government’s permission wasn’t necessary after all.

Bernhardt’s former law firm stands to earn millions of dollars if the pipeline gets built, according to filings with the U.S. Securities and Exchange Commission. Bernhardt says he didn’t participate in the decision and won’t benefit financially from the policy reversal.

Another former Bernhardt client benefiting from recent Interior decisions is the Independent Petroleum Association of America, an oil industry trade group that pushed to weaken protections for the chicken-like sage grouse, and backed new guidance that accidental killings of migratory birds wouldn’t be considered a violation of a federal law. And under the president’s professed “energy dominance” agenda, the oil industry has broadly benefited from Trump administration decisions.

“David Bernhardt has an industrial scale conflict of interest with the extraction industry,” said Chris Saeger, director of the Western Values Project, which has criticized Interior’s actions under Zinke. Although decisions about federal land development should be balanced, Seager said, Bernhardt “has overwhelmingly favored the special interests he used to work for at the expense of others.”

Bernhardt has witnessed first-hand the deep impact of government decisions on private enterprise, having grown up in the small cattle-ranching town of Rifle, Colorado, which was roiled by a boom and bust tied to a failed U.S. venture to produce fuel from nearby oil shale deposits.

One of his top priorities at Interior has been revamping the way the U.S. protects vulnerable animals under the Endangered Species Act. Conservationists blasted a Trump proposal championed by Bernhardt to allow economic considerations to factor into wildlife protection decisions under the law. But Bernhardt has defended the approach, arguing that the government has too often pursued protections without regard for the potential cost to landowners and businesses.

It’s an issue Bernhardt knows well, having been in charge of a 2008 Interior Department rule declaring the polar bear threatened with extinction because global warming was causing its sea ice habitat to melt. It was a fraught exercise: corporate interests such as the Coca-Cola Co. weighed in; Interior officials were divided; White House officials held strong views. Colleagues recall Bernhardt sleeping in his office for several nights working on the issue.

“David had to figure out ‘how do I navigate this, be intellectually honest and give the secretary and White House an outcome everybody could feel good about?”’ said Hrobsky. “You just wonder how many other humans could have pulled that off.”

Bernhardt’s time as acting secretary is initially limited to 210 days under a federal vacancies law. But that clock gets paused if Trump nominates someone for the secretary job -- and it can stay that way for two years while a nomination is pending before the Senate.

Bernhardt also could be selected.

“The one thing that could prevent him from being nominated for permanent spot is that Trump wants surrogates on the campaign trail in 2020,” said Stephen Brown, an oil industry consultant who previously lobbied for Andeavor. “David does not have political campaigning in his DNA.”