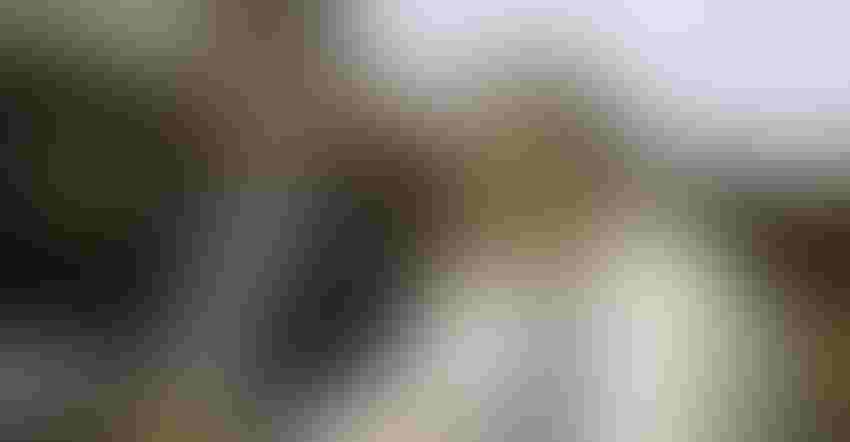 USDA ADVISER MOVES UP: Doug McKalip (left), senior advisor to Agriculture Secretary Tom Vilsack (right) participates in a listening session in 2016. McKalip has been with USDA for 29 years and is nominated to serve as the chief agricultural negotiator at USTR.USDA by Bob Nichols

The Senate Finance Committee favorably reported the nomination of Doug McKalip to serve as the chief agricultural trade negotiator at the U.S. Trade Representative office during a business meeting Sept. 7. McKalip, who currently serves as a top adviser to Agriculture Secretary Tom Vilsack on trade, ag safety and national security, has over 30 years of federal public experience and the support of over 100 agricultural organizations.

“Mr. McKalip is certainly qualified for this job,” says Senate Finance Committee Chairman Ron Wyden, D-Ore., during opening comments of the business meeting to consider the nomination. “His experience includes several other leadership positions at the Department of Agriculture and with the Domestic Policy Council. There's no doubt that he'll be ready to step in and succeed as chief ag negotiator on day one.”

Wyden adds that “smart trade policy” is one important solution to hunger in the 21st century that promotes an affordable and abundant food supply here at home and abroad. “The policy has to lower costs for farmers, burst through trade barriers and held distribute more American agricultural exports. Mr. McKalip will lead these efforts as our top ag negotiator.”

Senate Finance Committee ranking member Mike Crapo, R-Idaho, says although he’s disappointed that this administration has not prioritized expanding agricultural market access, including by taking too long to fill the ag negotiator position, he appreciates that the nominee recognizes the importance of opening foreign markets to our farmers.

Wyden notes that McKalip will also be called on to address trade enforcement where needed. “For example, Canada is propping up barriers to our dairy products. Mexico is unfairly blocking American-grown corn and soybeans. The Trump administration negotiated a flimsy agreement for the Chinese government to buy more American ag products, but China’s bringing in only a fraction of the totals agreed to,” he explains. “McKalip is a strong choice to take on these challenges as our top trade advocate for American agriculture.”

Wyden says McKalip has fans on both sides of the aisle and those on Capitol Hill expect to work closely with him once he is confirmed.

U.S. Trade Representative Katherine Tai says the unanimous vote sends a strong, bipartisan message that McKalip will be an outstanding chief agricultural negotiator in the office of the United States Trade Representative. “Doug’s decades of public service and his unparalleled knowledge of agricultural and food security issues will be a major asset to our office as we continue to advance a trade agenda that benefits our farmers, ranchers, and producers,” she says. “Given the importance of this position, I urge the United States Senate to confirm Doug as soon as possible so he can get to work on behalf of American agricultural producers, workers and businesses.”

USMEF President and CEO Dan Halstrom says, “In addition to USTR's ongoing efforts to improve and maintain international market access for U.S. red meat, several new Biden administration trade initiatives are underway that will benefit from Mr. McKalip's agricultural experience and expertise. USMEF thanks the Senate Finance Committee for advancing his nomination, and we urge prompt approval by the full Senate.”

The U.S. Dairy Export Council and the National Milk Producers Federation called for the full Senate to swiftly confirm McKalip.

“We thank the Senate Finance Committee for its action today in support of Mr. McKalip’s nomination and the committee’s recognition of just how important this position is for American agriculture,” says Krysta Harden, president and CEO of USDEC. “McKalip understands the needs of the U.S. dairy industry, agricultural workers and the rural economy, having skillfully served in numerous government roles touching on agricultural issues throughout his career. Now, we ask the full Senate to take up the matter and approve McKalip’s nomination in the coming few weeks. Time is of the essence, as USTR considers a broad range of new trade endeavors.”