A Nebraska Extension educator describes what farmers and ranchers should do to be ready if a disaster strikes. 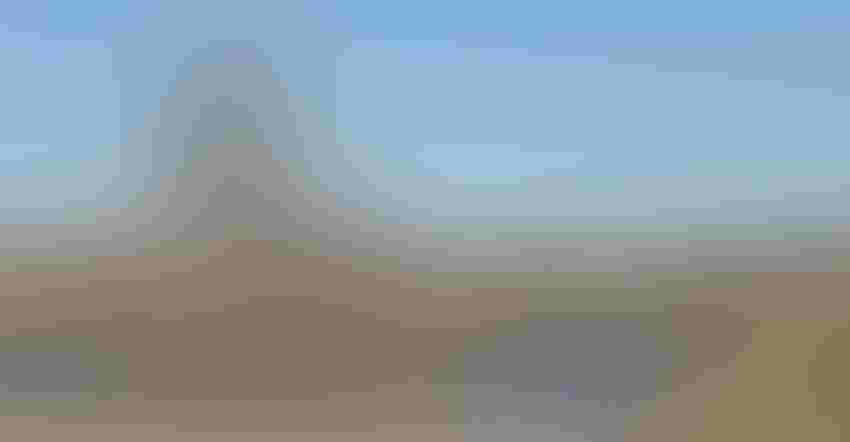 FLOOD REMNANTS: Debris from area farms and businesses was strung out along the Niobrara River and the Missouri River (pictured) east of Niobrara, Neb., after the water receded from last spring’s flooding.

No one who lived through the massive flooding of 2019 in the Midwest and Great Plains states will soon forget the events. The scars of the extremes that came together at that time still are quite visible. The mental scars will remain for a long time.

In many ways, the flooding was a “farmers’ flood,” because of the massive damage done to farmland, farms and ranches, and infrastructure crucial to agriculture — including bridges and roads. As a microcosm snapshot of the disaster, at one point in mid-March, more than one-third of all state highways in Nebraska were closed because of a blizzard in the west and flooding in the east.

That number doesn’t include the hundreds of miles of county roads and scores of county-maintained bridges that also were out of commission, with many remaining under construction and repair more than a year later. Total losses because of the flooding across the country tally into the billions of dollars.

What have we learned about ourselves since those floods, and how can we prepare ourselves for another similar event? These are questions that University of Nebraska Extension educators have been trying to answer over the past year.

Nebraska Extension educator Megan Taylor talked about disaster preparedness to participants in a recent crop production clinic in Norfolk, Neb. Among the difficult challenges through the flooding events, she focused on a couple of things farmers and ranchers could do to help them prepare for similar disasters.

She suggested placing important documents and contact information in a disaster-proof container. “The container needs to be waterproof and able to withstand weather,” Taylor said. “A PVC pipe with caps on each end is a good option.”

These pieces of information can help emergency responders to be safe, or at least reduce risk, depending on the operation.

“Placement can vary, but you should place this container and its information somewhere that it is accessible in the event of an emergency, possibly on the backside of the farm entrance sign or post leading to the operation,” she said. “This is primarily for confined feeding operations, or if you have chemical storage that could be threatened in a natural disaster or fire.”

However, almost every farm operation would benefit from having this information readily available if disaster strikes.

Secondly, Taylor noted that responders and those trying to deliver supplies and feed to farms during the floods often had a difficult time finding farm and ranch locations.

Many of those helping deliver were not from that location, plus many roads, bridges and major highways were impassable during the height of the floods — making county road use more important.

Farmers can help first responders by giving the GPS coordinates and talking them through the route, she added. “With many of the roads impassable, finding a route can be incredibly difficult, so being able to describe multiple ways to access your farm is important,” she said.