My Favorite Tractor: The Ellefson family has owned this tractor since they bought it new in 1963. 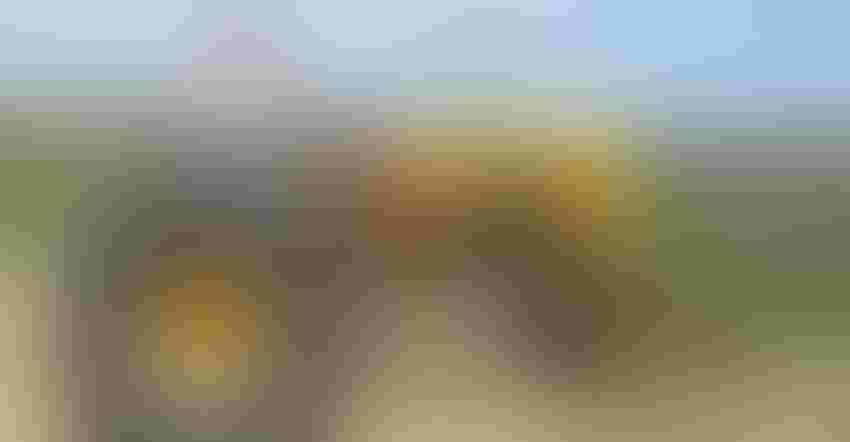 FAMILY FAVORITE: Both Ronnie Ellefson (pictured) of Ferryville, Wis., and his father, Millard, liked this Minneapolis-Moline Jet Star Two tractor that they purchased new in 1963.

Ronnie Ellefson of Ferrysville, Wis., will never forget the day he and his father, Millard, purchased a new 1963 Minneapolis-Moline Jet Star Two tractor (Serial No. 25801077) from Hodgeman Implement in Viola, Wis.

“After writing a check for $3,906, it was delivered in November, the same time John Kennedy was assassinated,” remembers the Crawford County farmer. “That machine was so perfect, handled any chore with ease, and we thought we were in heaven because the tractor was much better than our 1953 model Ford. We teamed the machine with my 3-foot, 16-inch plow. It handled all the tillage chores, operated the Gehl 84 chopper, ran the 14T John Deere baler and also hauled manure. The cost for LP gas was only 13 cents a gallon, so we practically farmed for nothing.”

Ellefson notes that he maintained a one-fourth interest in the machine until 1976. Then his father took full ownership until April 10, 1992, when Ellefson purchased it at his dad’s auction. This utility tractor was part of the 1963 Constellation Series and was manufactured in Minneapolis. Only 1,213 were built: 1,100 gas units and 113 units that used diesel fuel.

Features included: a wide front end, two lights on the side and one in the rear, fenders, power steering, three-point hitch, toolbox, hydraulics, five forward gears and one reverse. With the Ampil-Torc and partial power shift, it was transformed into a 10-speed transmission with a 44-hp rating. The tractor had a 4-cyclinder liquid-cooled engine and open operator station. Ellefson estimates that in 55 years, the Jet Star Two has worked over 10,000 hours. Besides repairing the Ampil-Torc, the motor has been overhauled, and the tractor is on its fourth set of tires.

“This little Moline could always get the job done. When the motor slows down, it just keeps perking along,” he adds. “I still use the Jet Star Two on the rotary mower and for other light jobs during the summer. Dad and I purchased the tractor because the price was reasonable for the early 1960s. It was well worth the money and has always been fun to drive.”

To have your favorite tractor featured, email or send in a photo of yourself with your tractor, along with a 300- to 400-word write-up about the tractor, to: [email protected] or Wisconsin Agriculturist, P.O. Box 236, Brandon, WI 53919.