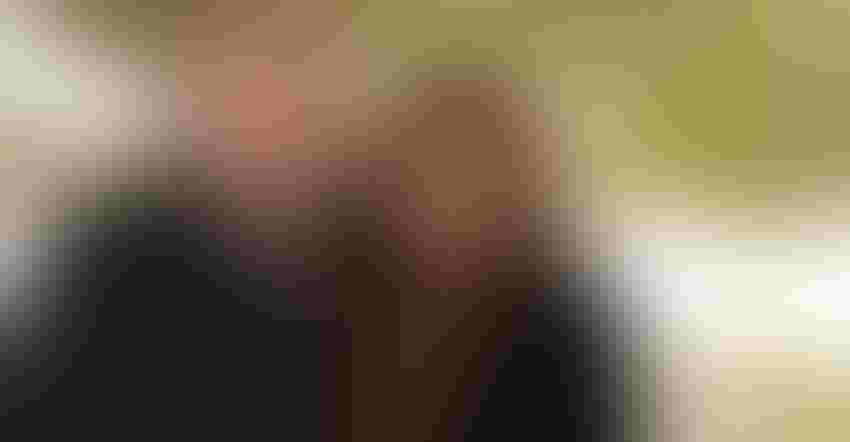 PARTNERS: Says Marty Marr of Sheila, his wife of 29 years, “She put a lot of things right in my life.”

“I’ve always loved a hard day’s work,” Martin Marr says. “Even as a kid, I just really liked work — even mowing, so my dad was proud of it.”

It’s a mantra that’s served this 2019 Master Farmer well. Marty operates MDM Farms with his brother David and sons Martin Jr. and Evan near Jacksonville, on some of the most sought-after farmland in Illinois.

“We try to work real hard for all our landowners,” Marty says of their 16 different landlords and farm managers. “We try to autograph those farms with as much excellence as we can.”

In general, that means making the farms look good. But in specific, it means putting technology to work to increase yields, decrease inputs and better manage resources, with equipment such as autosteer, drones, and precision planter and sprayer tools. They grow non-GMO and hard endo-type hybrids for specialty grain contracts, and are looking into crops like white corn and an expanded hay market. They employ a mix of conventional tillage, deep tillage, strip till and no-till, depending on soil type and condition.

Relational
“It’s the best feeling in the world to know that a farm manager trusts you,” Marty says. “Dad always said as long as you have all the cards on the table, you have nothing to worry about.”

That means the Marrs communicate about problems — and celebrate successes — with their landlords and farm managers. They share as much information throughout the year as they can, including yield maps and basic details about the farms.

“Some like more information than others. Whatever they need, we try to provide,” Marty says, adding that they do a lot of marketing for landowners not under farm management. They have a written marketing plan and know breakeven costs.

“Sometimes a tweet gets in the way, but you roll with the punches,” he adds. His brother Dave is the spreadsheet master, functioning as the farm’s chief financial officer. If there’s a question, Dave can generate a report to answer it. They use that information to plan cash flow and budget, and they all circle up at least once a week to touch base.

Martin Jr. and Evan manage operations, and they’re responsible for equipment needs and technology. “They both are tech-savvy,” says Marty, a self-professed “people person” who engages with landowners and farm managers. “Everybody has their strong suits, and I try to capitalize on every one of them.”

The family also runs a 40-head cow-calf herd and operates a trucking business, hauling grain, steel, tankers and flatwork. They run three trucks, operated by one full-time employee and a rotation of Marty and his sons.

Asked about his best decision, Marty doesn’t miss a beat: marrying his wife, Sheila. They met when she worked at a local grain elevator, married and, in addition to Martin Jr. and Evan, are parents to Ashley Thoele, a registered nurse, and Matthew Marr, who works with Ag Resource Management in Texas. Sheila handles bookkeeping for the family’s livestock and trucking businesses and works in radiation and oncology at the local hospital. She also keeps everyone fed and supplied during busy seasons.

Off the farm
Among other organizations, Marty has served on the local school board, Illinois Corn Growers Board, and the Morgan County Fair Board — where they’ve turned their financial fortunes around in the past decade. What’s he learned?

“Negotiation. Sometimes you have to sharpen your diplomacy skills,” he says — a priceless skill set that no doubt comes in handy in family farming. Serving the community has given Marty the chance to make a difference and to connect deeply with the people he works with, on and off the farm. As a leader, he says he’s had more luck when he stops trying to control everything and instead gets everyone to work together.

“You discover talents and gifts that help them grow and contribute to the mission; then we all win together,” he says. It’s the kind of leadership that magnifies the results of any group.

Marty and Sheila take their jobs as grandparents seriously, spending every minute they can with their seven grandchildren. They share their faith with them. “I couldn’t survive without it,” Marty says. And they want the kids to learn that living a life of integrity takes discipline, honesty and a true respect for other people — and that all starts with the Golden Rule.

“Then the rest you show them by example, by hard work,” Marty says. “And get them up in the cab every chance you get!”

Everyone leaves behind a legacy, but for Marty, it’s clear what his kids and grandkids will remember: He’s a man who loves his people and loves what he does.

“I really think there’s something special about a farm family and the farm business. It has challenges, but the rewards are great,” he says. “I’m really proud to be part of a family farm.” 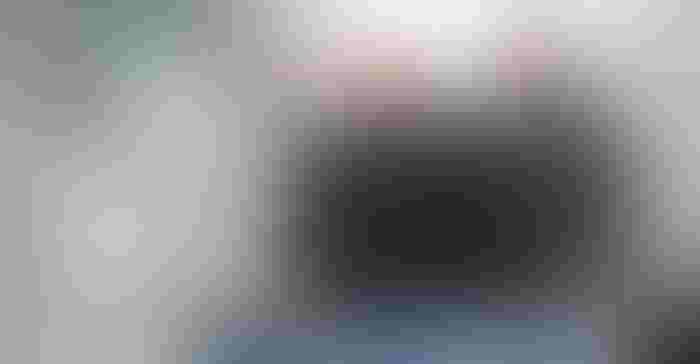 Like a lot of farmers, Marty Marr started farming with his dad. And like the luckiest of farmers, he farms today with two of his sons and his brother. He knows just how fortunate he is, too.

“Working with my dad and the family and everything associated with family farming — that’s been a great experience for me,” Marty says. “It’s all I’ve ever wanted to do.”

He is, effectively, the generation sandwiched between farming’s roaring ‘70s and technology-heavy 21st century agriculture. The Marrs fly drones, autosteer their equipment and make use of all manner of precision technology, but at the end of the day, the moments that stick are less high-tech.

“Some of the best memories I have are being out there with my dad with two or three tractors running and getting ground worked, or helping fill the planter as a young kid. Working late with them. Priceless memories,” he says.

Working with his sons today is both a privilege and a necessity. Martin Jr. and Evan joined the family farm in 1999 and 2014, respectively.

“Business is ever-changing,” Marty says. “My sons are instrumental in keeping the operation going.”