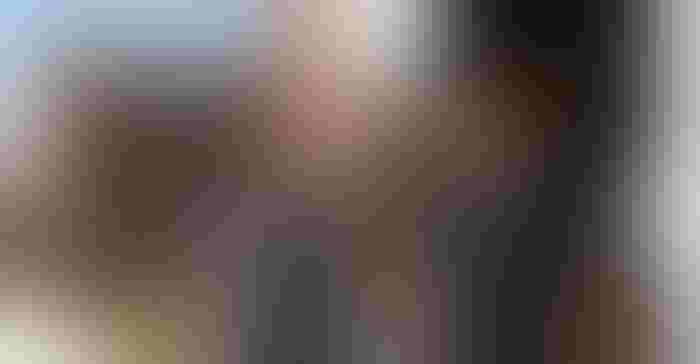 The brick barns of the Pickwick Place just north of Bucyrus have always been eye-catching. Once as a showplace dairy, next as part of a Standardbred horse breeding venture and then as a set of derelict buildings attracting squatters and piles of garbage. Most recently, the steel-framed brick barns have been renovated and transformed again to house a local farm market and an event center, which is popular as a wedding venue.

The business ventures at the farm have expanded far beyond what owners Kent and Laura Stuckey originally envisioned when they bought the barns and 40 acres of surrounding land in early 2015. “The only plan we had was that this would be a good place to sell produce from,” recalls Kent.

The idea for a produce market grew from their youngest son’s interest in raising apples, Kent explains. Although Kent grew up in Indiana helping with his family’s apple orchard, he wasn’t interested in raising them himself, so he eventually joined Laura and her family in the dairy business.

The Stuckeys have a milking herd of 600 cows and also farm about 1,000 acres of crop ground. Their oldest son, Ben, manages the row crops, and middle son, Zach, handles the dairy. However, youngest son, Ethan, wanted to branch out in a different direction and grows produce. For his 16th birthday, Ethan asked for a half-acre of land to start growing apples, Kent recalls.

Ethan graduated from Wynford High School in spring and now works as produce manager for the family farm.  “He knew that if his mom wasn’t going to force him to go to college, he’d better have a solid plan,” says Kent. Ethan has taken the initiative to connect with other growers and plan the produce enterprise for the farm, says Laura. “We’re very proud of how he’s researched and learned what he needs to know.”

While Ethan was contemplating the produce business, the Pickwick Place barns and surrounding farmland came on the market. The Stuckeys had rented the land for 20-some years and had even rented barn space for cattle at one time, Kent says. They were familiar with the barns and realized the location would be ideal for a retail market. Not only is it convenient for people who live in the Bucyrus area, nut it is also located along State Route 4, which is well traveled by people from central Ohio heading to Lake Erie.

Cattle and horses
The history of the barns begins with Charles Michael, who ran a Jersey dairy and founded the Ohio Locomotive Crane Co. along with his sons. “They were gentleman farmers, so they spared no expense,” notes Kent. The first of the three barns was built in the 1920s and a second barn was added in the 1930s. Both of those barns have the name “Chuck-Walt” above the door headers, referring to brothers Chuck and Walt Michael, who ran the farm following their father’s death.

By the 1950s, Walt was running the farm by himself, and he replaced the cows with Standardbred horses. He renamed the farm Pickwick Farms and put up a third barn to stable more horses. The farm was among the first to use artificial insemination to breed horses and was well-known in its day for outstanding Standardbred sires.

By the early 1970s, the horse breeding operation had ended, although some horses were still boarded in the barns through the 1990s. Eventually, the barns were abandoned and became neglected.

When the Stuckeys bought them, the three barns were still structurally sound, but the roofs were falling in, and the 142 windows lining the walls needed to be replaced. One of the barns had been used to collect trash for recycling and both the ground floor and loft were stuffed with garbage, adds Kent. In all, they removed 50 semi-loads of trash from the property.

Since they bought the property, the Stuckeys have set up two additional limited liability companies to manage the enterprises, operating out of the barns. One LLC involves their son, Ethan, as well as Chris Schimpf and his wife, Andrea. Together they run the farm market in the northernmost barn. The Schimpfs bring their expertise with direct marketing since they spent 12 years raising and selling cut flowers, as well as pumpkins and squash through farmers markets in the Columbus area.

The market sells produce grown on the Stuckey farm, as well as local foods from other producers, explains Schimpf. Besides produce, he stocks baked goods from nearby Amish and Mennonite bakers, locally made maple syrup, milk from a nearby creamery, and even locally made pottery. The focus is on high-quality products that appeal to a variety of customers. “We have two kinds of customers here,” he explains. “Local people and also lake traffic.”

In addition to the farm market itself, Pickwick Place offers educational farm tours, pick-your-own pumpkins in the fall and a corn maze.

Wedding destination
The Stuckeys and another local dairy couple, Greg and Rose Hartschuh, have formed an LLC to manage the event space in the center barn. Rose, who is a former ag teacher, handles the scheduling and marketing for The Loft at Pickwick Place. The Loft’s exposed steel trusses, original brick walls and wood doors give it a rustic appearance that has become popular for weddings. At the same time, it is heated and air-conditioned, which is unusual for a barn wedding venue. As part of the renovation, a two-story, 30-foot extension was added to make room for bathrooms, catering space, an elevator and dressing rooms. The two-story barn has a large, open loft area that will seat 260 at tables, plus a smaller meeting space on the ground floor, which can be set up as a wedding chapel for ceremonies. Kent used reclaimed wood from the horse stalls to build the benches for the chapel, and reclaimed wood is also used for baseboard and window trim in the barn addition.

Initially, Rose says, they wanted to create an event space, because there aren’t many locations in the area for large gatherings, such as wedding receptions, family reunions and business meetings. However, they were surprised by how quickly the space was booked for weddings and by the number of couples coming from outside the county for their weddings. Rose estimates that 80% of the bridal couples are from outside the county. “The fact that it has attracted people from all over has astounded us,” she says. The Loft opened in June 2016, and it is busy nearly every weekend, often with back-to-back events on Friday, Saturday and Sunday, Laura adds. “It really took us by surprise.”

At this point, the Stuckeys are considering business opportunities, such as a restaurant, for the third barn, and they’re contemplating adding a hotel to the site. “We feel like we’re at the very beginning of this process,” says Laura.

The businesses growing at Pickwick Place fit well with their existing farm enterprises, Laura says. Family members and employees all help out as needed with the different enterprises. And the various income streams help even out the ups and downs of the ag economy. “We’re excited about the diversification it’s brought to our dairy farm,” Laura says.