Wallaces Farmer searched for Iowa’s Most Beautiful Barn and the results are in for 2022. 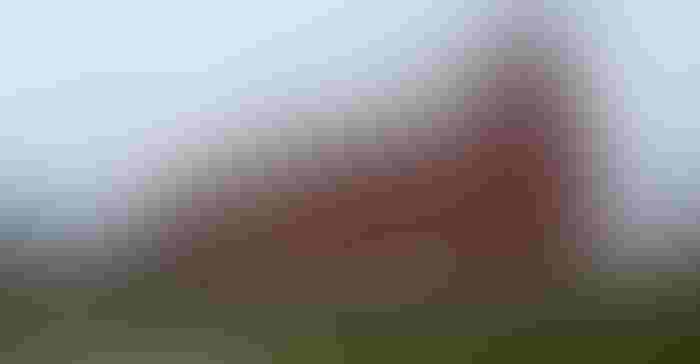 This fall, Wallaces Farmer readers nominated barns from across the state of Iowa for Iowa’s Beautiful Barn contest. The votes were taken and the winners of the 2022 inaugural competition are:

The Nosbisch barn was built in 1926 by John P. and Susan Nosbisch to house milk cows and horses on their family farm. Their son, John A. Nosbisch and his wife, Florence, eventually took over the farm and continued the use of the massive structure, along with their 10 children. Son Tim and his wife, Susan, were next on the farm, and now their son, Randy, and his wife, Morgan, live on the farm with their two young sons.

The nearly 100-year-old barn was built in two phases, according to Tim. “My father said it took a year for the stone cutter to get the walls done with stones and cement,” he says. “He said there was a blueprint for the bottom part of the barn, which included the milking area, the cream storage room, the horse stalls and places to store feed.”

The barn had stanchions to hold 28 cows for milking. Cement bunks lined each side to feed the cows, and an automatic waterer was next to each headstall for the cows to drink. The waterers were gravity-fed and wouldn’t freeze as long as they were being used. Later, the bulk water tank was removed when cows were no longer milked in the late 1970s.

Also in the basement were stalls for 14 draft horses used to work the ground and plant the fields. Much of the area in the basement of the barn has been altered to be usable for the beef cattle residing at the farm now.

The following summer after the bottom part of the barn was constructed, the wooden part of the barn was built. The upstairs has two large bays used to store hay and straw, with a ramp and driveway to the second level. “The worst job was packing the straw in the barn when the thresher was still running,” Tim remembers. “It was so dirty and dusty, but it had to be done.”

Nearly 60 loads of loose hay and straw from 40 acres of oats was stored in the upstairs, and chutes were in three different spots to be able to throw hay and straw down to the bottom level for the livestock. In 1972, they began baling the hay to store in the barn. Both large and small square bales are still used on the farm for the cattle.

While the barn was built in 1926, the farm was actually purchased in 1910 with more acres added a few years later. Randy is the fourth generation to live on the farm. He and his wife, Morgan, have about 25 beef cows and raise hay with their sons Coy and Charlie. Randy has an older sister, Ellen Groenenboom, who lives in Johnston, Iowa, with her husband, Bret, and their children, Luke, Ava and Logan. His younger sister, Amy Stessman and her husband, Carl, live in Jesup, Iowa.

The painted barn quilt on the side of the barn was made by Susan, who is a retired teacher and avid quilter. The five colors of the barn quilt each represent a member of their family. The farm was honored as an Iowa Century Farm in 2010, a designation the family is very proud of.

The huge barn has been modernized to be useable for calving cows in the spring and housing calves after weaning. Hay, bedding and other feed is still stored in the upper part of the barn. Tin was eventually added to the outside and after reshingling the roof once, tin was also used the last time on the roof. Otherwise, the barn is nearly the same as it was when it was built so many years ago. Many memories of yesteryear can be seen with a walk through the barn.

“Our family has a lot of great memories in this barn, and we plan on continuing to make many more,” Randy says.