An 8-acre tract is converted into a wildlife refuge for deer. 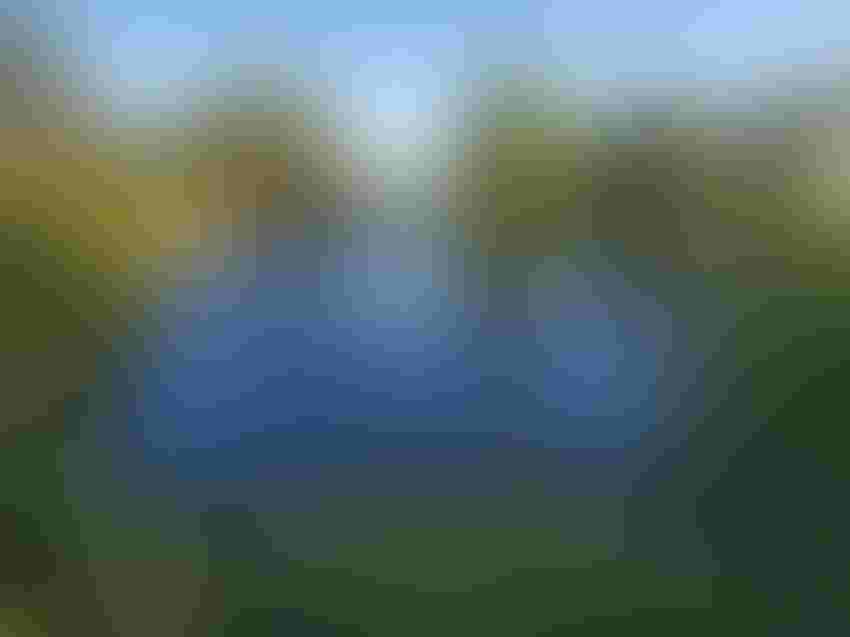 An 8-acre tract of land on Mary Grace Lebeda’s Ponca City, Okla., farm may be too difficult to access with today’s large farm equipment, but an ideal location to create wildlife habitat. Rather than leaving it fallow or attempting to plant the hard-to-access acres with traditional crops, Lebeda, with the help of David Fink, a family friend and farm employee, has dedicated the area to habitat improvement.

The wildlife plot, part of an 80-acre tract of land, is located feet from Lebeda’s farmhouse and is beside a pond and adjacent to a small tree row. In addition to providing a haven for wildlife, it’s somewhat of a refuge for Lebeda who watches deer come and go from the second-floor windows of her farmhouse, a place she’s lived for the past 60 years.

Fink, who also owns Plots Gone Wild, plants everything from alfalfa to four different species of clover to chicory and brassicas and turnips and radishes. While he’s been working for the Lebeda’s since he was 14 and often planting larger seeds like corn, he says planting little seeds for plots requires a different mindset. “With big, strong seeds, if you miss the depth by a little bit, they're going to come out anyway. Little bitty seeds, if it says 16th of an inch and you put it in an eighth of an inch, you're not going to get it,” Fink says.

When planting mixes or seed blends, which require various planting depths, Fink says he uses different planting methods. “I plant everything at the same time. A lot of it I plant to the minimum depth of my smallest seed. Some of it’s culti-packed, and some of it's drug over.”

To culti-pack, Fink uses a roller to press the seed to the soil. Though the seed may not actually be in the soil, Fink says as long as it’s pressed firmly to the ground and receives moisture, it will germinate and grow.

Fink also utilizes crop rotation. “I rotate perennials, annuals, legumes, grasses and cereal grains. I rotate so many years with my legume perennials and then so many years taking the nitrogen out of the soil with my annuals.”

Planting smaller plots also requires smaller equipment. Fink uses a 39-horsepower tractor and a compact track loader. “It’s basically a skid-steer on tracks. I put about 4 ½ to 5 pounds per square inch across the track, so I’m not compacting the soil, but the tracks are big enough I can get over gullies and in places where wheeled machines can’t go.”

But he’s also not doing the big cultivation, he says. “I’m only planting four-foot-wide at a time.”

Lebeda’s habitat plot near her home, and two additional plots Fink has developed are not for hunting but are strictly a food source for deer and other wildlife. “It’s food for the bucks after breeding season,” Fink explains. “Because they've got a one-track mind, they will stop eating and lose a great deal of weight. If they don't have an abundant food source after that time, you lose a lot of them.

See, All because of a pocket knife

“For the does, the food area is there for when they're carrying babies or when they're lactating. It provides cover forage. It just improves the herd.”

Though the plot is surrounded by acres of row crops, which also provide food for wildlife, Fink says once those fields are harvested, the wildlife have limited food options. Fink intentionally plants vegetation that will feed the wildlife year-round.

Developing wildlife habitat isn’t something that happens overnight. Fink says it’s a long process, “You have to plan ahead.”

From the time he began developing the habitat in 2005 to today, Fink says the size of the deer, male or female, has improved. “The average weight has increased nearly 50 pounds in overall size,” he says. “And they’re healthy.”

For more information about food plots or habitat improvement, go to www.plotsgonewild.com.