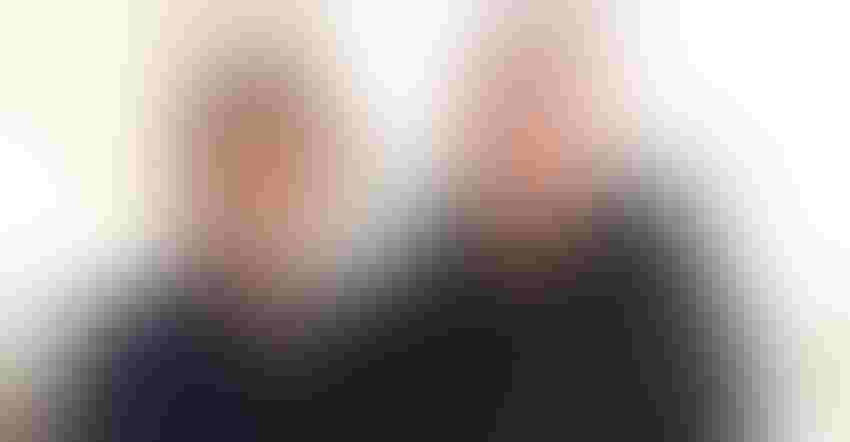 RELATIONSHIP: Nominator Jeff Elsas says the strength in Bill Sahs’ operation lies in his relationships — both with Barb, his wife of 45 years, and with landowners and farm managers.

Growing up on the family farm in Logan County, Ill., 2019 Master Farmer Bill Sahs didn’t live the average farm kid story. Sure, his grandpa started farming in the early 1900s, and his father took over when he got out of the service following World War II. But then in 1954, his dad died of cancer at just 37. Bill was 8 years old, and his sister was 11.

Three months later, their neighbor’s wife died of leukemia, on the farm just around the corner. Within a year, Bill’s mom and the farmer married.

“My next-door neighbors — my best friends — turned into my stepbrothers,” Bill recalls. “We didn’t have to ride bikes to the corner to play anymore.”

Bill grew up in the expanded household and came to know his stepdad as simply Dad. After high school, he joined the Navy and then returned home to work in a variety of positions, including one that took him to Iowa where he met his wife, Barb.

Over time, they added more ground, but the real watershed moment came in 2005 when Bill got to farm the ground his father and grandfather farmed — 50 years later. What was that first pass like?

On the farm
Over time, Bill has changed his farming practices from conventional tillage to minimum till and no-till (and tried strip till along the way), and he uses filter strips and Conservation Reserve Program land to reduce soil erosion on farms with ditches and creeks. He uses autosteer and variable-rate applies limestone and fertilizer, and soil tests according to GPS.

“What I like about farming is that you’re your own boss,” Bill says. “You get to do every day what you love.”

Like two years ago, when he decided to start growing pumpkins on contract for Libby, the predominant pumpkin processor in Illinois. He raises about 40 acres of pumpkins, rotating fields every three years. Libby supplies the seed, and Bill plants with his planter at a rate of 7,000 to 8,000 seeds per acre. Fields are fertilized similar to corn. Herbicide control is limited to a couple of options. Libby supplies fungicide and insecticide if needed, and delivers beehives for pollinating. The company also shows up with harvesters, sometimes without a lot of notice.

Credit where due
Bill is quick to credit Barb for their successful partnership. Married 42 years, their collaborative effort (and Barb’s background in accounting — she’s retired from State Farm) has been key to their ability to generate and analyze production records. They use Redwing Centerpoint Accounting software.

Their operation includes part-time help in the spring and fall, and often landlords come to help. Their son, Andy, is disabled and lives with them, and he gets trucks ready in the fall.

Daughter Kelly is part of a young military family in Texas and is working on her master’s degree in computer information management. Bill and Barb haven’t done any succession planning due to Andy’s disability and Kelly’s location, but Bill has established an estate plan to provide financial security for Barb and the children.

Barb is sure of Bill’s legacy: “He isn’t afraid to do anything.” Nor is he afraid to jump in and make things happen.

“He doesn’t procrastinate. If something needs done, he’ll just do it,” she says — like when they moved her mother in with them after a stroke, or her brother when he had cancer. Or Kelly’s family when they were transitioning between jobs and homes.

“Bill wants to leave the world a better place than when he started,” says his nominator and neighboring farmer, Jeff Elsas. “Bill was not handed a multigeneration farming operation. He lost his dad at a young age, watched his stepfather farm and found a way to make this occupation his dream.”

Bill’s response is characteristically, and profoundly, simple: “I hope my legacy will be of giving back.” 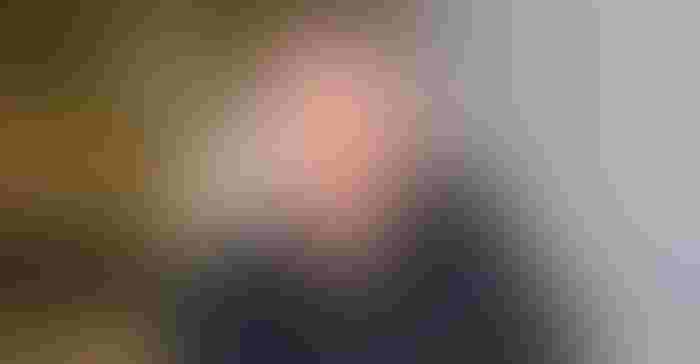 HELPER: A co-founder of Logan County Habitat for Humanity, Bill Sahs says, “It’s very uplifting to know I have made an impact on the community.”

Like a lot of things Bill Sahs does, he describes co-founding the Logan County Habitat for Humanity chapter with little fanfare.

“I saw something about it on PBS, how they were blitz-building these homes, and I thought that was kinda cool. I talked to my cousin, we called Habitat International in Chicago, they came down and told us what we had to do. We did all the paperwork and — wa-la — it happened,” he says.

That was in 1993, and since then, Logan County Habitat for Humanity has built 24 homes in five communities throughout the county. The benefit is twofold. Unimproved lots are often donated for the project, generating new tax revenue for the community, but more importantly, they put a family in a home.

“When we dedicate a house, that’s pretty emotional,” Bill says.

Families are selected through an application process; then they get to choose the layout for the house. They have to put in 250 to 400 hours on the house, depending on the family unit. Habitat does an interest-free mortgage on the first 70%; the final 30% is forgiven.

In the early years, Bill raised money for Habitat by growing and selling thousands of dollars’ worth of sweet corn. Today, the organization runs a resale store and holds fundraisers.