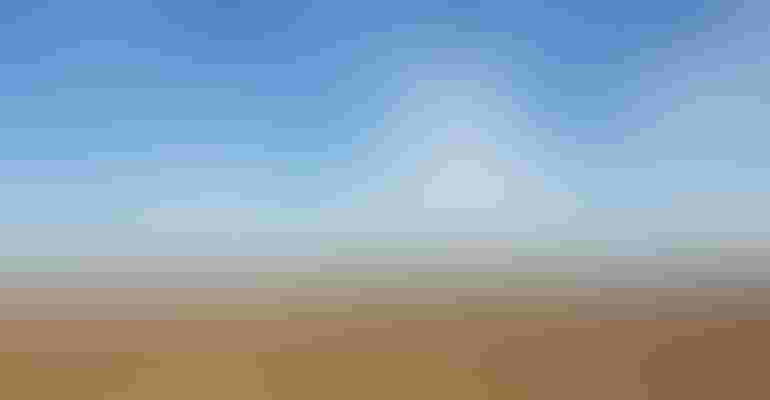 With summer looming and temperatures rising each week across the Southwest, farmers are in various stages of the crop season. Some have planted and are already spraying young plants to fight the explosion of warm-weather pests. Others are still in the process of putting seed into the ground — and every stage in-between.

Regardless of where you’re at in the crop year process, just about every producer is spending more time thinking about water.

The early May U.S. Drought Monitor indicates over half of Texas is now under some stage of drought, from abnormally dry (D0) to exceptional drought (D4). Most of the Texas Coastal Bend has now graduated to a moderate drought rating (D1). The Lower Rio Grande Valley is experiencing abnormally dry to moderate drought conditions, while the plains and almost all of the Panhandle range from severe (D3) to exceptional (D4) drought.

On the brighter side, almost all of east and southeast Texas and parts of central Texas have avoided the drought map so far this year.

While water restrictions have already been initiated in the hardest drought-stricken areas of the state, almost everyone across Texas is beginning to think about water and just how much or little might be available when the peak of summer arrives. In general terms, most of the significant rivers and streams of Texas are still running well, but questions are already being circulated about how long that is expected to continue as forecasters begin to warn of a long, dry summer ahead.

Texas A&M AgriLife Extension Agent Matt Bochat in Victoria says most farmers in the "Crossroads" region, which include Victoria, Calhoun, Refugio, Goliad, Jackson, DeWitt and Lavaca counties, generally harvest corn and grain sorghum in July and August. But with an exceptionally dry summer expected and little rain in sight, there is growing concern how well dryland crops will survive more serious drought conditions in the months ahead.

Chris Buzek farms about 2,500 acres of corn cotton, sorghum and soybeans in the Crossroads, and says he is already praying for rain. He said his crops already need an inch or more of rain, and that number grows a little greater each day. But the National Weather Service in Houston says less than a tenth of inch is expected to fall over the next week.

Victoria County officials say the Guadalupe and San Antonio rivers that feed into the area are still flowing well. Both rivers provide support for agriculture in the area. Last week the Guadalupe was flowing at a rate of 755 cubic feet per second. For the City of Victoria, mandatory water restrictions are not triggered until that flow drops to 200 cubic feet per second or less.

But Borchat and other county officials are already warning producers and residents to become more water aware, as there is a real possibility severe drought conditions could arrive by the peak of the summer season unless rains develop.

Texas State Climatologist John Nielsen-Gammon said last week that cities that draw their water from the Guadalupe and San Antonio rivers need not be concerned yet, but farmers should be thinking about drought mitigation now, just in case.

While all bets are off when it comes to the weather any given day, all eyes still look to the skies in the hope of a sign of rain relief on the way. Staying optimistic is, after all, what farmers do.

"We will deal with whatever Mother Nature gives us and go on down the road as always," Buzek told the Victoria Advocate.