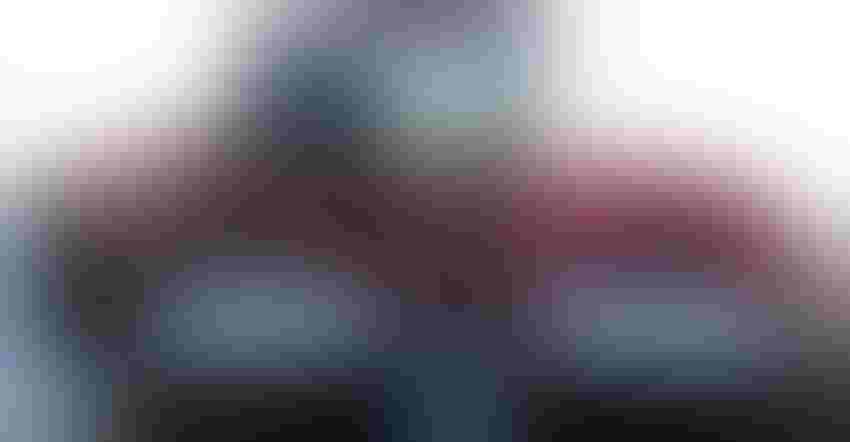 In a town where deregulation is king, Sonny Perdue rules. Rather quietly.

Perdue is the U.S. secretary of agriculture, running an agency with a $140 billion budget and a low profile. His traveling press corps, when there is one, can squeeze into the back of a van. He may be the most aggressive enforcer of President Donald Trump’s pro-business and deregulatory agenda that the fewest Americans have ever heard of.

“The USDA generally slides under the radar,” said Juliette Majot, executive director of the Institute for Agriculture and Trade Policy in Minneapolis, which advocates for small farmers. But change at the department under Perdue is “profound,” she said. “At USDA, you actually see the Trump administration at work.”

The short Perdue list includes reversing a regulation to boost protection of the welfare of animals in organic-food production; supporting revocation of a 2015 clean-water directive; axing another Obama-era decree giving small poultry producers more power to sue big buyers such as Tyson Foods Inc.; and reorganizing the USDA to give more official power to staffers tasked with promoting production and trade rather than food safety or rural development.

As the head of one of 15 executive departments in a rule-busting administration, the former Georgia governor and onetime veterinarian is admired by many in Washington for making fast-paced changes without generating much negative attention.

Perdue, 71, is one of the rare cabinet secretaries in the administration who hasn’t run afoul of the president. Tumult in the White House staff and cabinet has become a running theme. The subplot has intensified with the departures of Secretary of State Rex Tillerson and chief economic adviser Gary Cohn, Housing and Urban Development Secretary Ben Carson’s purchase of a $31,000 dining set, and shakeups in the West Wing.

“In a year when almost everyone who works for the president is under intense criminal, civil or psychic stress, Sonny has come out pretty unscathed,” said Dan Glickman, agriculture secretary under President Bill Clinton and a Democrat who worked with Perdue at the Bipartisan Policy Center in Washington. “He’s a savvy politician achieving his goals in a very mercurial administration. I’d give him kudos for that.”

While there have been controversies at USDA, they haven’t attracted as much attention as those at other agencies.

They included Trump’s nomination of Iowa talk-radio host and climate-change skeptic Sam Clovis to oversee scientific research. Clovis was installed at USDA as a White House adviser before Perdue took office, and the nomination, which came from the White House, withered as Clovis was ensnared in the continuing probe of Russia’s connections to Trump’s presidential campaign. Perdue kept his distance, even while Clovis remains at USDA in the adviser post.

Then there was Perdue’s “Harvest Box,” a controversial proposal announced last month to replace some spending on food stamps -- which Perdue has criticized for creating a culture of dependency -- with boxes of food. The plan would reverse a decades-old policy allowing low-income Americans to make their own decisions about what food to purchase.

The Agriculture Department budget also seeks to cut the number of people eligible for food stamps by changing work rules and eligibility requirements.

These and most of the other issues that fall under Perdue’s portfolio -- such as overseeing the safety of meat, chicken and eggs that land on grocery store shelves, researching invasive species and regulating rural water quality -- are far from the top of Trump’s agenda, giving Perdue more freedom to operate.

Yet there is at least one area important to farmers and Trump where the agriculture secretary has been at odds with his boss: trade. Trump wants to erect new barriers while Perdue and many farmers who depend on exports do not.

Early in the administration, Perdue showed Trump a map illustrating that many of his supporters would be hurt most by withdrawing from the North American Free Trade agreement. That may have helped persuade the president not to immediately pull out of the agreement. But it hasn’t stopped him from threatening to tear up NAFTA unless its terms are changed, and taking other steps on trade that threaten crop sales.

Perdue’s stance on trade leaves him more isolated with the departure of Cohn, who unsuccessfully argued against the imposition of tariffs on steel and aluminum imports. Yet Perdue has the advantage of advocating for many conservative rural voters, who were key to Trump’s victory.

“You do have a president who isn’t schooled on farm issues but realizes it’s a big part of his political constituency,” Glickman said. “Sonny has to be the eyes and ears of that rural world.”

Still, some smaller farmers have turned against Perdue for policies that they say favor big farming operations and agribusiness. They say his deregulation efforts will speed up consolidation of small farms into bigger ones, further hollowing out already struggling agricultural areas with low populations.

“Sonny Perdue is supporting multinational corporations and their zeal to deregulate agriculture by taking away marketplace safeguards,” said Joe Maxwell, executive director of the Organization for Competitive Markets in Lincoln, Nebraska, which advocates for smaller farmers. “That positions him against America’s family farmers.”

Maxwell’s group is suing the administration to maintain a regulation that would make it easier for poultry farmers to sue big agribusinesses for anti-competitive practices.

Perdue said cutting regulations helps agriculture, and that the market will decide which farmers win and lose.

Even as some of Perdue’s decisions stir dissent, the scale of the controversy is minor compared to turbulence in other parts of the Trump administration.