Panelists from across the High Plains come together to discuss challenges and accomplishments in sustaining Ogallala Aquifer, pushing an aquifer-engaged identity. 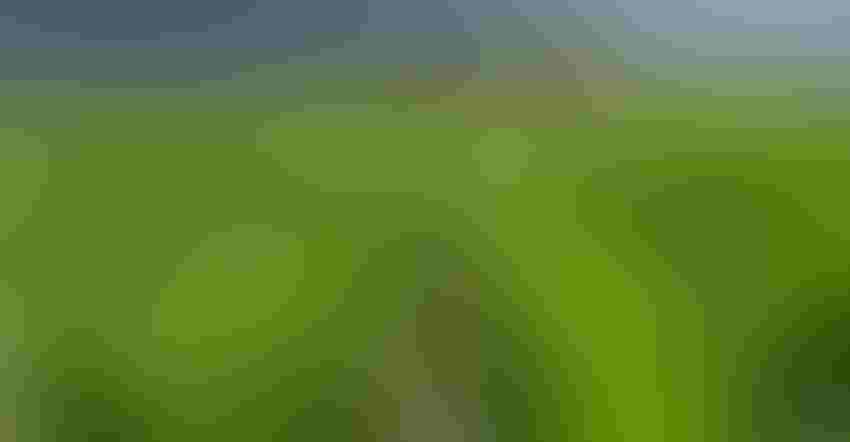 When it comes to managing the High Plains Aquifer system, a lot’s changed in the last 20 years. The recent Ogallala Aquifer Summit was held in Garden City, Kan., but drew researchers, producers and policymakers from all eight states that rely on the aquifer.

At the summit, various stakeholders discussed achievements over the last couple decades, and goals geared toward sustaining its long-term viability. This included a panel of researchers from several Ogallala states.

Making strides
Jim Butler, senior scientist and chief of the geohydrology section of the Kansas Geological Survey at the University of Kansas, was one of the panelists.

While average saturated groundwater thickness in parts of western Kansas has declined more than 60% since predevelopment, producers and municipalities have become much more conscious of the importance of efficient water use, and have begun to explore ways to reduce the rate of water-level declines — particularly in northwest Kansas in the Sheridan 6 Local Enhanced Management Area (LEMA).

“Those guys have been at it for five years and have been renewed for another five. They’ve been reducing groundwater pumping, and the result is a significant reduction in the rate of water level declines, and they’re still making money,” Butler says.

Meanwhile, farmers are also establishing water technology farms in Kansas — implementing tools like soil moisture sensors and mobile drip irrigation to demonstrate the potential of those technologies to help reduce unnecessary water use, and concentrate use on times and places with the highest return.

By combining pumping data with water level data, Butler says growers can determine the impact on aquifer water levels from the decisions they make.

Tech plays a role
Daran Rudnick, University of Nebraska Extension irrigation management specialist and another panelist, notes technology and data play a big role in the long-term viability of the aquifer.

“I think most people would agree [that] having more data, as long as it’s organized and user-friendly, has tremendous value,” Rudnick says.

“Even if somebody’s not using ET data in every single decision they make, I think we are seeing more people thinking about irrigation relative to ET,” Rudnick says. “It’s no longer, ‘I’m going to irrigate because it’s hot.’ They’re thinking, in terms of crop water use: ‘This is how much ET is taking place and I’m going to try and match it the best I can with the precipitation I have.’”

One of the opportunities for irrigators, Rudnick adds, is moving from a static approach to one that’s more dynamic. “You want to be dynamic and irrigate based on what the conditions are,” he says. “I found that is a common factor even in Nebraska [where groundwater levels aren’t as depleted]. Whether you’re under deficit or full irrigation conditions, you’re asking what the crop is requiring, what’s in the soil. And you’re putting on water as it’s needed, rather than a fixed approach.”

Bottom-line benefit
Technology and data offer insight to progress and areas in need of improvement, but Saleh Taghvaeian, Oklahoma State University assistant professor and Extension water resources specialist, notes if growers don’t have the time or manpower, they won’t use the technology.

“We really need for us to be able to work together and pay attention to this resource, the decision-making tools to have in place to really work smoothly without issues, because the producer doesn’t have time to spend a couple hours every day or even every week to figure out what’s going on with this additional piece of equipment. I believe the desire is out there,” he says.

Through OSU Extension, Taghvaeian has also helped conduct water and energy audits on irrigators’ farms to determine areas where there may be room for improvement. And, he adds, there’s a very direct relationship between energy and irrigation.

“You might cut back on irrigation and take a yield hit. We wanted to see some of the energy efficiencies and inefficiencies, and with the pricing situation, how much do you save on energy if you cut 10% of your irrigation water?” Taghvaeian asks. “With your existing efficiency, if you are irrigating 1,500 hours a season, this is how much you pay for energy. But if you cut that back to 1,300 hours and save a little bit on the water you pump, how much will you save on energy? Is that comparable to the profit lost in yield?”

Crop rotation matters
On the southern High Plains of the Texas Panhandle, the saturated thickness of the aquifer is much less than on the Northern Plains. In many locations, the aquifer is estimated to be depleted by 2050, and in some places, it’s already depleted. Meanwhile, many producers in the region have lower well capacities of 200 to 300 gallons per minute.

“Producers split their acres between two planting dates or even use two different crops. It might be as simple as using corn with different planting dates on both sides of the center pivot, so the full circle isn’t pollinating or tasseling at the same time,” she says. “Incorporating a drought-tolerant crop like grain sorghum or cotton into the rotation allows the farmer to concentrate on irrigating half the pivot without stressing the other half.”

Cotton requires less water than corn, and is easier to manage based on critical growth periods that are more water-demanding than others, Bell says.

With renewed interest in water-saving crops like sorghum, as well as cotton, Bell notes rotation and no-till practices are an important piece of the puzzle. “Irrigation management is just one piece of the puzzle,” she says. “We need to consider not just rotation and irrigation management, but our tillage practices and herbicide management. There are so many factors that need to be considered to optimize water use.”