Groups react to move by U.S. Fish and Wildlife Service to recognize threat to two populations of the birds. 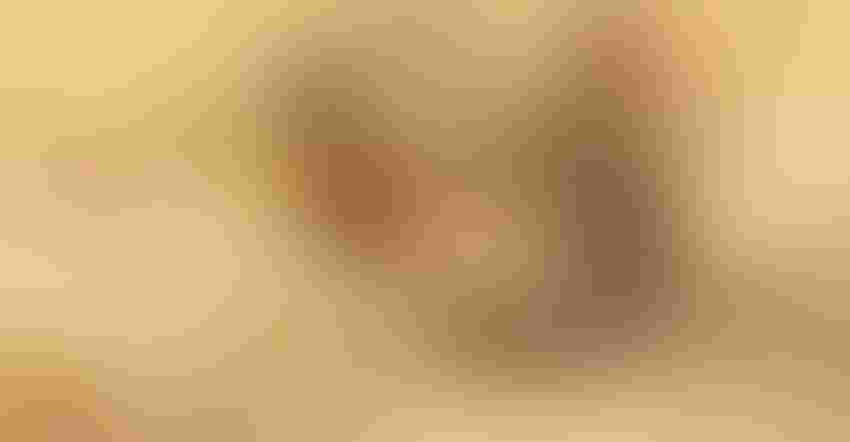 TARGETED BIRD: The lesser prairie-chicken has two distinct populations. The Northern population is now to be listed as threatened by the U.S. Fish and Wildlife service, while the Southern population will be listed as endangered under the Endangered Species Act. The move angers cattle producers. Nattapong Assale/iStock/Getty Images Plus

The lesser prairie-chicken is getting a lot of attention these days. The species thrives on prairielands across the plains, but has been under pressure in the past few years. That pressure hit a peak this week with an announcement from the U.S. Fish and Wildlife Service.

The agency is listing two Distinct Population Segments of the lesser prairie-chicken under the Endangered Species Act. The Southern DPS is being listed as endangered while the Northern DPS is being listed as threatened. The Southern DPS covers New Mexico and the southwest Texas panhandle, and the Northern DPS that covers southeastern Colorado, Kansas, Oklahoma, and the northeast Texas panhandle.

In the announcement, Amy Lueders, FWS Southwest Regional Director, commented: “The lesser prairie-chicken’s decline is a sign our native grasslands and prairies are in peril. These habitats support a diversity of wildlife and are valued for water quality, climate resilience, grazing, hunting and recreation.”

Lueders added that the agency is working to develop voluntary conservation agreements that will protect the birds and native grasslands on which it depends. She notes that oil and gas and renewable energy development, ranching, agriculture and other activities will continue.

Cattle and rangeland groups denounced the move. “Over and over the science has proven that healthy, diverse rangelands – the exact kind of landscapes maintained by livestock grazing – are where the lesser prairie-chicken thrives,” says National Cattlemen’s Beef Association Executive Director of Natural Resources and Public Lands Council Executive Director Kaitlynn Glover.

Glover expressed disappointment at the FWS move which she says imposes “redundant bureaucracy and punitive restrictions on the very same people that we have to thank for the lesser prairie-chicken’s continued existence on the range.”

In its review of the two population groups, FWS found that the Southern DPS was in danger of extinction while the Northern DPS would become endangered in the foreseeable future.

One part of the FWS announcement got significant attention from the National Cattlemen’s Beef Association and Public Lands Council – creation of a 4(d) rule for the Northern DPS the groups say would enable FWS to appoint private third parties as grazing authorities in the range of the chickens.

Section 4(d) of the Endangered Species Act directs FWS to issue regulations necessary to conserve species listed as threatened. The FWS statement says that it recognizes the importance of proper grazing management and as part of 4(d) for the Northern DPS the service “has crafted an exception for those producers who are following a prescribed grazing plan developed by a qualified third party that has been approved by the Service.”

NCBA and PLC claim that environmental activist groups could be appointed as grazing authorities. “FWS has stipulated that cattle producers in the Northern DPS range will only qualify for legal protection under the 4(d) rule if they are following a grazing management plan that has obtained arbitrary approval from a yet-to-be-named, FWS-approved third party. By contract, other agricultural practices that are listed as key factors in the Service’s decision are granted far more flexibility,” the groups stated.

Kansas lawmakers who are squarely in the Northern DPS weren’t happy with the news.

Senator Roger Marshall, R-Kan., noted that the FWS announcement is “a reminder that this Administration favors government micromanagement of agriculture and heavy handed regulation in their war against energy producers instead of working with landowners to promote continued voluntary conservation efforts.”

Adds Jerry Moran, R-Kan.,: “Kansas and surrounding states are committed to preserving the lesser prairie-chicken and its habitat area and have contributed millions of public and private dollars to conservation efforts…The choice to list the lesser prairie-chicken as threatened despite voluntary, locally-driven conservation efforts will negatively impact critical industries in Kansas and will remove any incentive for similar local efforts for wildlife conservation in the future.”

Marshall and Moran joined colleagues in May urging the Secretary of the Interior Deb Haaland to not list the lesser prairie-chicken under the ESA. And in July lawmakers requested a 90-day extension to the comment period for the proposed listing.

The final rule to list the two Distinct Population Segments of the lesser prairie-chicken and the final 4(d) rule will publish in the Federal Register on November 25thand will become effective 60 days after publication. The final rule and supporting information are available online at http://www.regulations.gov under Docket Nos. FWS-R2-ES-2021-0015.