Zoetis seeks approval to bring live Foot and Mouth Disease virus into the U.S. mainland to develop a vaccine. 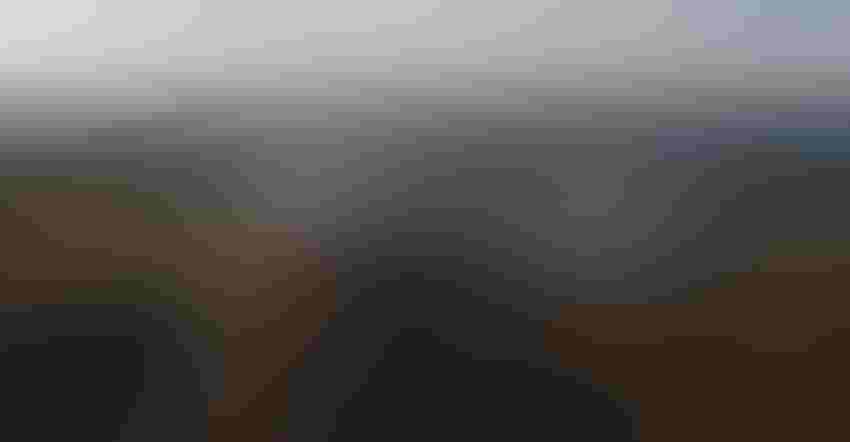 Livestock industry groups are supportive of USDA’s proposal to adopt new technology in Foot and Mouth Disease vaccines, as well as the establishment of a robust FMD vaccine bank. In new comments submitted Jan. 4, additional comments were made by the National Pork Producers Council and the U.S. Cattlemen’s Association on a Zoetis-manufactured vaccine on the review process and the manufacturing of the vaccine domestically.

An FMD outbreak within the United States could result in $14 billion in losses, calculated to include both farm income and the effect on consumers and international trade relations.

On July 14, 2020, USDA Animal and Plant Health Inspection Service published in the Federal Register a notice and request for information  on a petition submitted by Zoetis, Inc., a U.S. vaccine manufacturer, seeking approval to manufacture within the continental United States a vaccine produced using a leaderless strain of the FMD virus. A leaderless virus lacks part of the genetic code (the leader) critical for determining virulence in a host.

USDA issued a permit to Zoetis to bring attenuated live FMD virus into the mainland United States for the purpose of developing a vaccine.

The FMD virus strain brought into the United States under permit was genetically modified by removing the leader protease gene, rendering the strain incapable of becoming infectious, pathogenic, contagious, or of producing clinical or subclinical signs of FMD. This modification makes the virus unable to reacquire its infectious abilities through mutation. Zoetis also introduced unique restriction enzyme sites into the genome for emerging vaccine strain development, as well as markers that allow for differentiation of infected from vaccinated animals.

Stakeholders note the notice and petition did not provide enough data to support a determination that the leaderless virus is not a live virus and that it poses no risk of causing FMD infection in animals. To address those concerns, APHIS issued a Risk Assessment Summary of the FMD-LL3B3D A24 Cruzeiro Vaccine, supporting the safety of the leaderless FMD virus and its use in manufacturing FMD vaccine and reopened the comment period.

USDA reopened the comment period on the risk assessment to provide commenters with additional scientific information supporting its determination that the leaderless virus strain from which Zoetis, Inc. intends to produce FMD vaccine in the United States poses no risk of causing FMD infection in animals.

The risk assessment notes, “Safety testing of the proposed vaccine production platform (the vaccine is killed and this was not a safety test for the vaccine, but actually a test for the safety of the viral platform used in production) was extensive and conducted in both cattle and swine at two independent research laboratories (Plum Island in the United States and the Friedrich-Loeffler Institute in Germany). The swine studies were considered extremely important based upon the high susceptibility of swine to FMDv. Data from the safety studies concluded that when live FMD-LL3B3D A24 Cruzeiro strain was inoculated into the host animals using different routes there was no clinical disease produced and no viral replication nor shedding were found. There was also no contact transmission of the vaccine virus between animals and no viable FMD-LL3B3D virus was recovered 24 hours post vaccination in cattle and 48 hours post vaccination in swine.”

NPPC in its comments Jan. 4 says, “While the summary and its citations are useful, in reviewing the petition for this and future vaccines, NPPC believes that access to the full risk assessment would be beneficial and allow stakeholders to make more informed conclusions and comments based on the data. NPPC also wonders if USDA conducted a separate risk assessment, or conducted any additional studies, related to vaccine production, not merely research, in the U.S.”

Moving forward, NPPC says it believes that many of the concerns raised in response to the current vaccine petition could be addressed by USDA through the development and publication of a guidance document that lays out the scientific and regulatory requirements that must be met in order for a similar vaccine to be approved for manufacture in the mainland U.S.

“NPPC considers that while the manufacture of vaccine from the FMD-LL3B3D A24 Cruzeiro strain on the mainland U.S. is apparently safe, the development of guidance will assure that any future waivers that may be granted do not cause unacceptable risk to the U.S. livestock industry,” NPPC says in its comments.

The American Association of Bovine Practioners says it supports USDA’s summary risk assessment and believes the new technology “allows the manufacture of this vaccine to occur without the ability to cause FMD, including replication, shedding and transmission of the vaccine platform virus.”

USCA lso submitted comments in support of the risk assessment. USCA Animal Health and ID Chairman Dwight Keller explains, "If our nation's leaders are going to continue to ignore the risks associated with maintaining trade relationships with countries at known risk of FMD - such as Namibia and Argentina - then, it is imperative that we provide a pathway for the advancement of U.S. vaccine technologies. USCA recognizes the enormity of this decision and the devastating, lasting effects an FMD outbreak would have on the livestock industry within the mainland U.S. and around the globe.”

Keller adds, "However, we cannot be reliant on foreign entities for the development and manufacture of a safe, abundant vaccine supply. Instead, we support providing the opportunity for American ingenuity in producing and maintaining a vaccine supply capable of protecting the health of the domestic cattle herd in the event of an FMD outbreak."