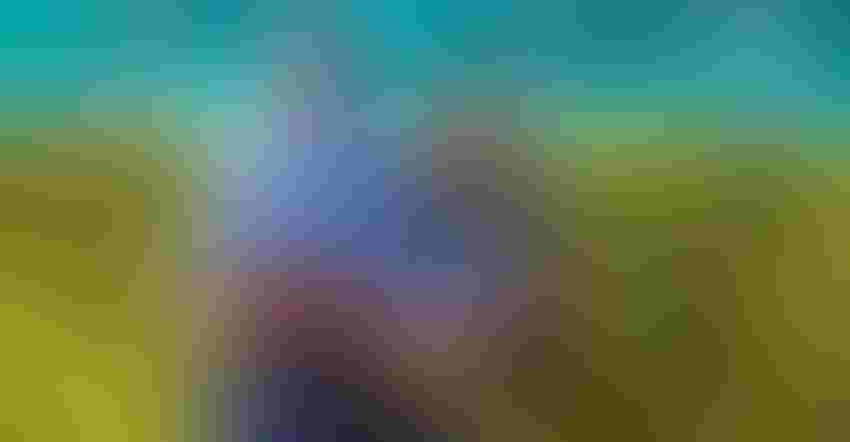 The Midwest Organic & Sustainable Education Service board of directors has chosen Jim Riddle and Joyce Ford, pioneering organic farmers from Winona, Minn., as the organization’s Organic Farmers of the Year.

The couple will receive the award Feb. 21 at the 30th annual MOSES Organic Farming Conference in La Crosse, Wis.

The award recognizes Midwest farmers for outstanding land management and innovative farming practices, and the outreach they do to teach others how organic farming works. Fellow farmers nominate candidates, and the winner is chosen by the MOSES board.

Riddle and Ford have had a profound impact on organic agriculture — not only as farmers, but also as educators, policy advocates and advisers, according to a MOSES news release. They have worked at local, state and national levels to promote organic agriculture, and they helped shape the country’s founding organic standards in the 1990s.

MOSES notes that the couple has been active in nearly every aspect of the organic world.

Riddle served on the USDA National Organic Standards Board, the body responsible for shepherding what can and can’t be used in organic production. He supported research on organic practices when he worked for the University of Minnesota, and later at The Ceres Trust. Riddle helped launch the Land Stewardship Project, a farm advocacy organization based in Minnesota; and the Organic Farmers Association, a national group that provides a unified voice for organic producers. He also served nine years as the elected supervisor of the Winona County Soil and Water Conservation District.

Ford has extensive leadership experience as well. She served two terms on the MOSES board of directors in the early 2000s. She was on the board of the Organic Growers and Buyers Association and also on the steering committee of the Minnesota Healthy Food Charter. Ford now serves on a committee for the International Organic Accreditation Service. She also co-wrote the Organic Trade Association’s manual, “Good Organic Retail Practices.”

Organic pioneers
The couple started farming near Winona in the early 1980s as Wiscoy Organic Produce. Long before organic and local food were mainstream terms, this was their approach to farming and marketing. They grew their produce organically and marketed it locally through a home delivery subscription program when no one had even heard of Community Supported Agriculture. To reach more consumers, Riddle and Ford helped found the still-thriving Winona Farmers Market.

The early 1990s was a sort of “Wild West” in the organic world, without uniform national standards for organic farming and little training or oversight of organic certification inspectors, Ford and Riddle said. Their response was to help create an organization that would train inspectors and standardize the organic certification process. They ran the International Organic Inspectors Association for its first eight years out of their home office, and they shifted their focus from farming to conducting organic inspections.

Orchards on their Midwest Organic Services Association-certified farm are surrounded with habitat for pollinators and beneficial insects.

With all that Riddle and Ford have done in the organic community, they are most proud of their work as farmers.

“It makes it all real,” Riddle said. “I’m not just talking about something I’ve read in a book. I’m out there doing it.”

The Organic Farmer of the Year award is a project of MOSES, a nonprofit organization that promotes organic and sustainable agriculture by providing farmers with education, resources, and practical advice. For more information, visit mosesorganic.org.