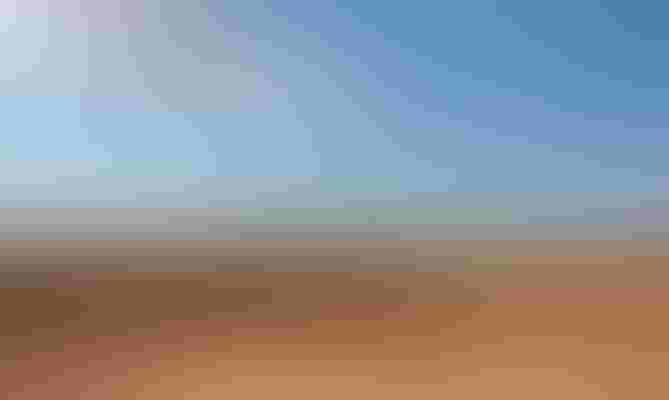 Soil testing can be an important tool in a grower's toolbox.

Soil testing is a valuable tool in a grower's toolbox. Whether self-testing or contracting it out, though an added production cost, not testing is like dropping money in a slot machine and hoping for the best.

"Understanding your soil, the fertility profile in your field, is the right place to start in planting a successful crop whether you're growing cotton, wheat, grain sorghum or forage like alfalfa, or any other production crop," says Dr. Calvin Trostle, agronomist and extension specialist at the Department of Crop Sciences, Texas A&M University. "Soil testing leads to better understanding of the soil and what deficiencies might exist. But it can perhaps offer more benefits than most farmers realize."

Trostle says the value of soil and soil fertility is not always easy to come to terms with for producers because testing usually represents added work and costs to an agricultural operation. But testing is important.

"Ideally we would test the soil in our fields every year. Nitrogen, especially, fluctuates in a field. In a rainy year, it can drive it deeper into the soil and soil testing at 6 inches, for example, is not going to tell you that N is available at that depth," Trostle notes.

With the escalating costs of real estate, Trostle also recommends soil testing fields prior to purchase.

"If a property owner doesn't want you testing the soil on a field you are considering for purchase, that in itself might be telling in terms of whether a field or fields are good for growing crops, especially for any higher-value crop you might be planning."

Trostle says it may seem like an unimportant step to take when purchasing or leasing land, but the cost and effort of soil sampling on the property being considered, especially with today's market prices for land, could save money.

"A good soil in a field versus soil that might require added input costs for soil treatments like N, P, and K, could result in added costs that might total up to as much as 3 percent of the value of the property," he says.

"If you are talking about buying a used piece of equipment, for example, you would want to know how well it had been cared for and look at records of oil changes and repairs and things like that, so when purchasing a new piece of property for agricultural production, wouldn't you want to know how good or bad the soil might be?"

While many fields do not need testing more than once every other year or even every third year, Trostle says more frequent testing is a good idea in some fields and for certain crops.

Testing at deeper levels is important as well, he says.

Today many crop consultants have their own boring equipment making testing sub-soils easier, and economically advantageous. Nitrogen for example, at a depth of 24 inches, can be used by deep rooting crops and can save producers a great deal of money in supplemental nitrogen applications, he says.

“It's not surprising anymore to find 30 to50 pounds of nitrate N available at great depths across Texas.”

Crops that root deeply, like wheat or sorghum at around two to 3 feet and cotton with an effective root zone down to about 3 feet, can use nitrogen from sub-soil levels. In a dry year, nitrate N can be pulled up from even greater depths. Other taproot crops like sunflower can pull up nutrients from even deeper depths in the soil.

This is especially true for higher-value crops like heavily-irrigated cotton and peanuts, heavily irrigated sorghum and especially alfalfa. Trostle says with alfalfa there is a great deal of nutrient removal from a field at a scale not seen with annual crops.

He says if you think testing at six to 12 inches deep is sufficient or troubling, North Dakota is recommending that if growers are planting sunflowers for the first time they should be testing down to 4 feet in depth. He says research conducted in the Dakotas supports that recommendation, and for farmers there, it has been paying off.

"Testing at 18 to 24 inches in Texas for crops that can pull nutrients from that level because of their rooting profile can be beneficial," he says. "But we recognize the value of nitrate nitrogen –  the readily available form – and Texas A&M research is going to credit that nitrogen to your crop requirement. That represents a crop savings for some producers."

Sub-soil testing is now being recommended in both Kansas and North Dakota where they are recommending 24-inch soil testing for all crops.

Trostle says most recent research tends to support soil testing at deeper depths and is proving that the cost savings can potentially outweigh added input costs.