Unique contest in the South could have ramifications for nitrogen usage across the country. 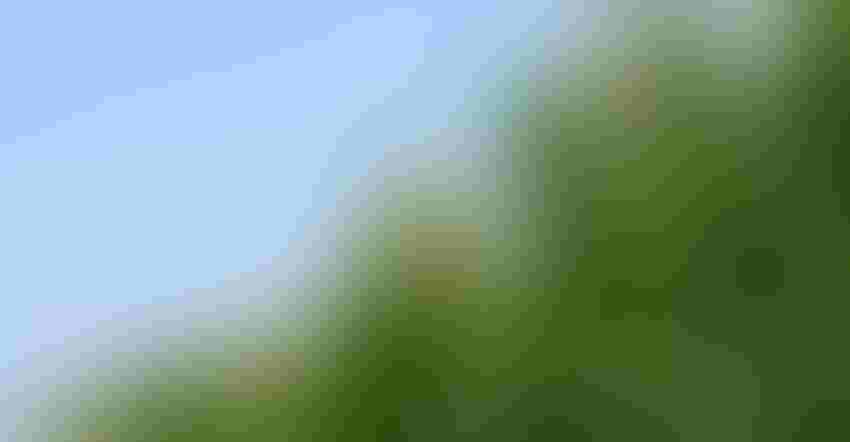 CUTTING N USE: The Tulane challenge has the Gulf of Mexico hypoxia issue in its sights, but information gathered on the site could benefit users of nitrogen for crop production across the country.Willie Vogt

Preserving water quality is an important issue for farmers across the country. For those who farm in the Mississippi River basin, there's the added concern about the "dead zone" in the Gulf of Mexico. And while some argue that farmers are not the only source of nitrogen that feeds the problem, they could be part of the solution.

That's the intent behind a $1 million challenge from Tulane University aimed at reducing nitrogen leaching into the waterway. The challenge, which originated in 2014, now has four finalists in the field, with test plots to show proof of their concepts to better match crop use to nutrient availability.

Leah Berger Jensen, who heads up the challenge for Tulane University, explains that there were essentially three phases — a "pre-phase" where goals were set, and building the program. The first full phase involved recruitment and an effort to "weed out the crazies" — which was an intense process, she says.

"Applicants would submit a 'one-pager' explaining their approach to the problem," Jensen explains.

From those one-pagers, the advisory committee was able to approve more formal submissions from those applications. This was a 30-page application, and from those, the first phase was closed.

The committee selected five finalists from those submissions. Jensen says 77 teams registered to submit one-pagers, 59 completed the one-pagers and 43 were invited to submit the more complete packages. Only 31 submitted the full package, and from there the five finalists were chosen. Since then, one finalist left the challenge.

The finalists were then invited to bring their ideas to a field trial, which is running this year. The aim there is threefold — achieve a nitrogen reduction, meet this in a cost-effective way, and maintain or enhance crop yield. Submissions came from all over the world and from a range of different types of teams.

The field trials are being conducted by Hardwick Planting Co. at the family's farm, Somerset Plantation. Mead Hardwick shared that the farm, which is right on the Mississippi in Tensas Parish, La., has long been the focus of changes to better manage nutrients, and the family has been recognized widely for its conservation work.

Computer model approach
Adapt-N — this is a familiar name in the crop modeling and nitrogen management world. Harold van Es, a Cornell University professor of soil and water management, worked on development of the tool and is involved in the trial.

"Adapt-N is a scalable, computational nitrogen solution for precisely estimating nitrogen needs in complex environments," he explains. "It is cloud-based and scalable, and can address multiple concerns with nitrogen and losses through water and the air."

The solution provides users with predictions around nitrogen needs for making decisions. Van Es notes that his team could have run the trial from Cornell, and most of the work was done remotely, but they were on hand during the season.

Using variable-rate application and precision soil testing, the Adapt-N approach aims to give the crop just the nitrogen it needs to hit target yields, without leaving N that can move off the field.

Van Es noted that this is the first time the model has been applied in Louisiana; with most work done in the Midwest and Northeast, this created a challenge in having proper data and dealing with the heavy rains that can hit that part of the country.

And what they do with $1 million if they win? "We would invest it in the company; we're at a stage where we can use the added investment," van Es says.

Bringing in biologicals
Team Cropsmith took a different approach to the nitrogen challenge. Tim Smith from the group explains the approach. "We do contract research for fertilizer and biological products," he says. "We used a range of products including TerraMax, which is a biological nitrogen fixer, and Proximus by ActaGro."

He notes that in the nitrogen cycle, leaching and denitrification go into the atmosphere as a greenhouse gas, and much of that nitrogen comes from organic matter. "The plant always takes more from soil than the fertilizer that's applied," Smith says. "We want to make the nitrogen application more efficient."

Use of the biological products, along with precision soil testing, were designed to maximize nitrogen use. "We did measure nitrate before sidedressing the crop," Smith says. They saw in-season losses, but average nitrogen use was between 150 and 210 pounds.

Smith noted that winning the $1 million would allow for further investment by Cropsmith to "promote our solution to farmers. There's an opportunity to help the market here."

A focus on microbes
Pivot Bio has a unique approach to nitrogen management. This California startup company out of Berkeley, Calif., is pioneering a different approach to nitrogen management. The company calls its approach On Technology, and uses genetics and understanding of the crop biome to provide improved nutrient efficiency to the crop. The company calls its approach "guided microbial modeling."

Kevin Hammill, CEO, explains that this technology is an "and" type of tool that would be added to your nitrogen management system. Essentially, the company has remodeled key soil microbes to provide nitrogen to the plant when it needs it most. "Adverse weather can't wash away On Technology," Hammill says. "With this technology, we're making nitrogen available at key uptake times … we're spoon-feeding nitrogen."

Essentially in the field trial, Hardwick calculated the amount of nitrogen the crop needed, then backed it to a lower amount based on the N contribution from the Pivot Bio microbe. And Pivot Bio isn't done; the company continues to do "soil prospecting" and DNA sequencing to build a microbe that can provide nitrogen to the plant.

As a startup, Hammill says winning the $1 million challenge would allow further investment in the company's work.

Shocking approach to stabilization
Stabl'N is a Carmel, Ill., company run by a farmer-inventor — Bryan Tomm. "We've got an alternative nitrogen inhibitor," he explains.

Using a pulsed electric field between two blades during application is designed to "sterilize" the soil area of the microbes that break N down into leachable nitrates. "We stop the process of converting ammonium into nitrate and nitrate into a gas," Tomm says. "This is an easy retrofit for an existing system and requires about 1 horsepower to row to operate."

The electric field kills single-celled organisms, nitrosomonas, that break down nitrogen. They return to the treated area within about five months, and often that's in time to make N available to growing plants in nitrate form. The system can help time nitrogen applications, and is a chemical-free approach to stabilization.

When asked about what he'd do with the $1 million if he won, Tomm answers, "My wife has a wish list, and for me it would be a game-changer for my business."

Multi-pronged benefit
While the challenge will pick a winner, all four note that the approaches being tested may become part of a greater whole, where different approaches are applied to the problem. Tulane's Jensen notes that the contest approach allowed the university to create some excitement around the concept. The prize also drew attention to the problem of managing nitrogen more precisely. You can learn more at Tulane University's Taylor awards for nitrogen reduction challenge webpage.

The program is being managed by the Phyllis M. Taylor Center for Social Innovation and Design Thinking, and the $1 million prize came from Mrs. Phyllis Taylor, a board member at Tulane University.