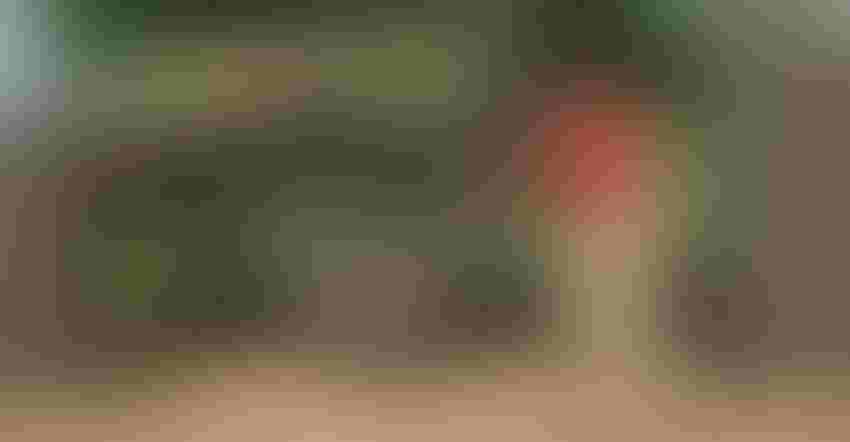 COMBINE ATTACHMENT: Prashant Jha, ISU Extension weed specialist, shows off the chaff-gathering tool attached to a combine. The chaff liner gathers material into a narrow line, which can help capture weed seeds. It also offers other benefits he and his students are researching.Photos courtesy of Prashant Jha and Avery Bennett, ISU Weed Science

The idea of capturing and destroying weed seeds during harvest is not new. It first arose in Australia when glyphosate-resistant ryegrass hit production hard, and there were few herbicide options. Today, farmers in the United States are dealing with harder-to-control weeds, and turning to more mechanical options may make sense.

During the recent Iowa State University Integrated Crop Management Conference, Prashant Jha, Extension weed specialist, discussed the rising threat of herbicide-resistant waterhemp in the state. He's working on a range of programs aimed at helping farmers get ahead of that weed seed bank during the production season with harvest weed-seed control methods. 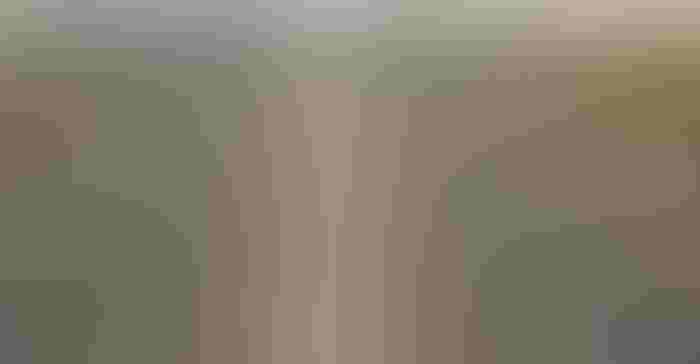 NARROW LINE TO CONTROL WEEDS: The chaff line offers one way to help reduce the weed seed bank in a field. This system gathers the chaff — where most of the weed seeds are — into a narrow strip for improved control.

The issue is gaining interest, with news of more resistance showing up in the state's waterhemp population. "The use of more premixes in corn are being used to get better weed control in waterhemp, but the choices are limited in soybeans," he points out.

In tests of weed seed populations from around the state, Jha is finding rising resistance to the PPO class of herbicides, as well as some signs that the HPPD mode of action may be less effective. "Corn-on-corn rotations have ramped up HPPD resistance," he notes. "We have eight effective sites of action available for weed control in soybeans, and waterhemp is showing multiple resistance to five of those."

With the race against resistance becoming more challenging, Jha notes there are no new modes of action in the immediate future and has turned his attention to cutting down the weed seed bank ahead of the season.

Already, Jha is working with the Redekop seed destruction device mounted to a John Deere combine. The Canada-made mill attaches to the combine; chaff clearing the combine goes into the machine, where weed seeds are crushed or scored enough that they can't germinate." About 99% of weed seeds are in the chaff fraction of the chaff and straw coming out of a combine," he says. "We spread that on the field with a straw chopper, effectively adding weeds back."

There are other seed destruction attachments being tested around the country for grinding up seed during harvest. Jha and grad student Alexis Meadows are working with the Redekop machine and seeing that it is effective.

Related: Possible tool in the war on resistant weeds

Another method that's getting some attention — and one Jha says may be of interest to more farmers  — is the use of a chaff line. An attachment is added to the combine that pulls in the chaff and lays it in a clean, narrow line behind the combine. The straw is still spread out, but in this scenario these windrows collect weed seed in a more concentrated area.

"There are different amounts of chaff relative to soybean yield," he observes. "If we increase the amount of chaff, we see a decline in waterhemp emergence — as much as a 90% reduction. And there's also an effect on velvetleaf and giant foxtail."

Essentially it’s a kind of mulching effect, where the seeds are “buried” in the chaff, which inhibits their germination. "Besides the mulching effect, we did some random experiments in 2019, and we found that the chaff weakens the weed," Jha says. "It creates a delayed-emergence scenario, and a reduction in size."

Jha initiated the first chaff line research in the U.S. at the Curtiss Farm near Ames, Iowa, at soybean harvest in 2019. Using a chaff liner that separates the chaff from the straw, the harvest work used lines that were 18 to 22 inches wide and 6 to 8 inches deep. "Based on seed collection data, we found thousands of waterhemp seeds in the chaff line," Jha says. "What we are achieving here is concentrating the weed seeds here and preventing their spread."

He notes this approach may be more useful for farmers, rather than a more expensive combine add-on like the Redekop. Jha adds that the chaff line saw little movement in high winds. He continues work on evaluating how this approach combined with other strategies can help reduce the weed seed population.

The mulch effect delayed weed emergence the following year, and what emerged was smaller and could impact effectiveness of postemergence tactics. "We're reducing the selection pressure," Jha adds.

More work on chaff lines and weed seed destruction is underway. For farmers dealing with resistant weeds, instead of ramping up herbicides, it may be time to consider the role of your combine in the process.