Slideshow: “Soil is alive, and we need to manage it accordingly,” says farmer Barb Stewart. 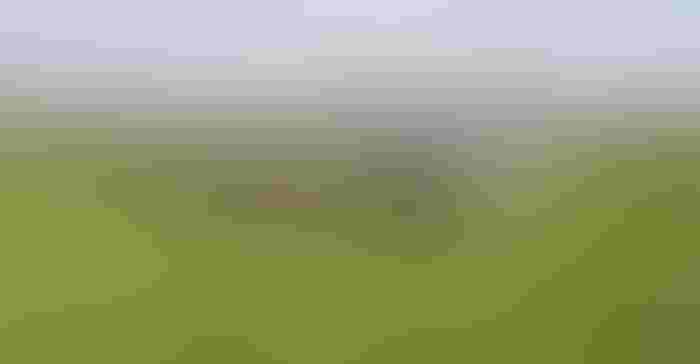 Keep soil in place. Speed water infiltration. Improve soil structure. Give nutrients from the soil back to crops. Get better weed control naturally.

Those benefits and more from a no-till and cover crops system that builds healthy soils were reinforced over and over to Barb Stewart for two decades, up until she retired last year, as a Natural Resources Conservation Service agronomist for Iowa.

While she learned from what she saw on other farms and from NRCS and researchers, she also put the technology into practice on her own farm fields.

Stewart began working for NRCS in Clarke County in 1977. She served as district conservationist for three years in Adel and five years in Newton before beginning work in the agency’s state office in 1988.

“When I was cleaning files out as I retired, I came across a photo of me in a cover crop field in the 1980s,” she says. “That’s just one signal that cover crops aren’t new, but we’ve learned they have many more advantages than we once realized.”

Early thoughts on cover crops and no-till focused on their ability to control soil erosion, Stewart recalls. But their use escalated as their ability to increase water infiltration and hold nitrogen in the soil for plant use instead of allowing it to enter underground water became better known.

“A healthy soil can do a lot to filter nitrate out of water; we could see that even in a 3-inch-deep slab of healthy soil in our rainfall simulator demonstrations,” she says.

On-farm testing
Soil health practices caught on in Ohio and Indiana before Iowa, Stewart says. But as NRCS began to promote them in Iowa, she and husband Randy were eager to test them on their own fields. “We were among the first to use cover crops in Wayne County in what I call the second round of cover crops,” Stewart says.

“Our first try was in Jasper County, flying cereal rye onto a soybean field ahead of a corn crop 10 years ago that had been no-tilled since it came out of CRP in 1997, and we kept going from there,” she says. “We’re drilling seed right behind the combine now, but we’re still experimenting. We’re trying to figure out how to get good soil-to-seed contact with cover crop seeding into a green, growing crop, before canopy. The cover crop goes dormant before it resumes growth in the fall. We don’t have it figured out yet.”

This past April, the Stewarts turned their flock of 30 Suffolk ewes into growing cereal rye and rape. They pulled the sheep for a day while soybeans were planted, and then turned them back in for another week of grazing after planting soybeans and before cover crop termination.

“We’ve had some trouble with Russian thistle over the years with no-till. But now that we have cover crops, we just don’t see much of a problem with those thistles. I think weed control with cover crops is much better than we give it credit for,” she says.

The Stewarts have experimented with cover crop mixes of tillage radish, kale and other brassicas, and are looking for legumes like winter peas that will survive Iowa winters.

It’s been important to the Stewarts that their tenants are also willing to experiment with soil-building ideas. One tenant, Jasper County farmer Will Cannon, switched to no-till many years ago on the Stewart operation. After initial skepticism, he’s on board now and enthusiastic about using cover crops, too.

Better soil structure
It didn’t take long for the Stewarts to see physical changes — the beginnings of that cottage cheese look — in their soil from using cover crops.

“We saw the soil structure change, but we were also part of the Haney soil health testing on both our farms,” Stewart says. “Those readings from the tests showed improvements in soil health in the first two to three years. One of the indications has been an increase in organic matter from 2.25% to 3.25%. That 1% has made a difference in water infiltration and water-holding capacity. Our corn crop stays green longer, and we’ve noticed corn leaves rolling in dry times earlier on other farms than on our fields.”

The Stewarts have always seen a healthy number of earthworms in no-till fields, but they’ve increased with cover crop use. “We don’t worry about having to deal with too much residue from no-till and cover crops,” Stewart says. “There’s a real synergy in the soil life when you have something growing year-round.

Earthworms and microbes and all that life under the soil surface work together to decompose residues quickly.”

Stewart has come to easily recognize small clumps of surface residues as the work of earthworms. “If you look closely, and peel off those small piles of residue, you’ll see the earthworm middens they’re covering.”

The middens are small piles of worm waste on the soil surface that circle the opening to the worm’s underground tunnels. “The earthworms have dragged that residue to their tunnel opening, and they drag it as far as 6 feet down into the soil. That helps with water infiltration and soil building,” she notes.

“There’s still a lot we don’t know about the living soil and microbiology in our farmed soils,” Stewart says. “I think we’re just on the front end of a different way of looking at how we grow crops. It’s going to be an interesting time in the future.”