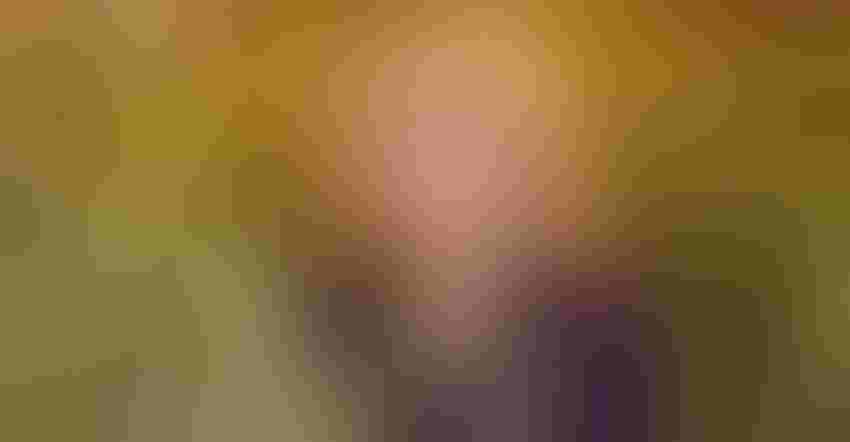 Kansas State University plant pathologist Barbara Valent has earned membership in the prestigious National Academy of Sciences, becoming the first scientist at K-State to earn the honor for original research conducted while at the university.

The National Academy of Sciences (NAS) is considered the country's leading authority on matters related to science and technology. As a member, Valent, a university distinguished professor, joins a group of scholars that is often sought out to provide independent, objective advice to national leaders on problems where scientific insights are critical.

"Professor Valent has made, and continues to make, significant and leading contributions to understanding virulent plant diseases that impact global food production and access," says Peter K. Dorhout, K-State vice president for research. "Her research enables the world to provide greater levels of food surety and food security to its people, and it's wonderful that NAS has recognized her scientific leadership."

The academy was established by an act of Congress and signed by President Abraham Lincoln in 1863. Today, the academy has 2,405 members in the U.S. and 501 more internationally. Academy members are nominated and then elected in recognition of their distinguished and continuing achievements in original research.

"Being elected to the NAS is the ultimate recognition of scientific excellence, expertise and achievement in the U.S.," Valent says. "Even as a graduate student, you realize that being a member of the NAS is one of the highest honors a scientist can receive. It's something that always stands out there as a goal."

Valent has worked on understanding blast disease, caused by a fungus known to scientists as Magnaporthe oryzae, for more than 40 years. In the last decade her work has focused on wheat blast, a dangerous new disease in which the fungus is capable of taking out entire wheat fields.

Valent has led a research team that is driving the world's most comprehensive studies on wheat blast to keep it out of the U.S.

When I came to K-State in 2001, I began new research on how the blast fungus hijacks and feeds on live plant cells to grow and cause disease," Valent says. "We have learned how the fungus floods surrounding cells with small proteins, or effectors, that turn off the plant's defenses and how the fungus moves from cell to cell. Understanding details of the infection process is aimed at developing novel strategies for controlling disease on rice, wheat and other cereal crops."

According to the International Maize and Wheat Improvement Center in Mexico, wheat is grown on nearly 531 million acres worldwide, or an area equivalent to that of Greenland. Nearly $50 billion is traded globally each year, and wheat-based food is eaten by an estimated 2.5 billion people in 89 countries. It surpasses maize and rice as a source of protein in low- and middle-income nations and is second only to rice as a source of calories in the human diet.

Since its emergence in Brazil in 1985, wheat blast has spread to other parts of South America. In 2016, scientists found the disease across the ocean in Bangladesh, surprising farmers and researchers and causing additional concern about its ability to spread rapidly throughout the world. Farmers in Bangledesh burned entire fields to try to stem the spread of wheat blast but the disease still established there. Many of these farmers have now stopped growing wheat.

While Valent has been in the center of international work, her team has also helped to keep the fungus from infecting U.S. wheat fields. Working in K-State's Biosecurity Research Institute, a biosafety level 3 and biosafety level 3 agriculture facility, the researchers were the first to discover a resistance gene called 2NS for wheat blast disease.

"We are working to better understand pathogen genomics and evolution because this fungus is notorious for being able to overcome resistance," Valent says. "We need more resistance genes and that's what we're focused on now. It's a safety backup; some of the blast fungi in South America are already able to overcome the 2NS gene."

Megan Kennelly, professor and interim department head of the plant pathology department, says Valent's election to the National Academy of Sciences is a well-deserved honor.

"Her research is truly transformative, both in terms of basic understanding of plants and microbes but also with the potential to save wheat and rice yields worldwide," Kennelly says.

Kennelly says that Valent and her group pioneered sophisticated microscopic techniques that allow them to watch and record how disease develops cell by cell and hour by hour in amazing detail.

"Her work has truly opened our eyes to the intricate interplay of plants and fungi in a completely new way," Kennelly says.

Valent was awarded K-State's highest academic ranking of university distinguished professor in 2002. She earned a doctorate in biochemistry from the University of Colorado in 1978 and was a National Institutes of Health postdoctoral fellow at Cornell University from 1980 to 1982.

In addition to her active research program, Valent has taught three K-State graduate classes and advises doctoral students and postdoctoral fellows in her lab.

"Being a member of the NAS is not just an honor but also an opportunity to impact scientific issues important for the well-being of the nation and the world," Valent says. "My expertise in fungal pathogens of important grain crops allows me to contribute to national and global food security issues including and beyond wheat blast.

"As illustrated so clearly with the coronavirus pandemic, it is critical to prepare for potential pandemic threats to our food supply. It is a national security issue. Also, I have a passion for mycology, the study of fungi of all kinds. Fungi cause the most serious plant diseases, but there are also good ones with food, industrial and plant health-promoting uses. Mycologists are underrepresented among NAS members. My experience will allow me to contribute to all kinds of problems involving fungi."

One K-State faculty member, Jim Riviere, a university distinguished professor emeritus of anatomy and physiology, was elected to the Institute of Medicine of the National Academies in 2003 while he was a faculty member at North Carolina State University. He joined K-State in 2012 and retired in 2017.

Source: Kansas State University News Service, which is solely responsible for the information provided and is wholly owned by the source. Informa Business Media and all its subsidiaries are not responsible for any of the content contained in this information asset.