Project funding is part of the $65 million USDA grant to the National Sorghum Producers. 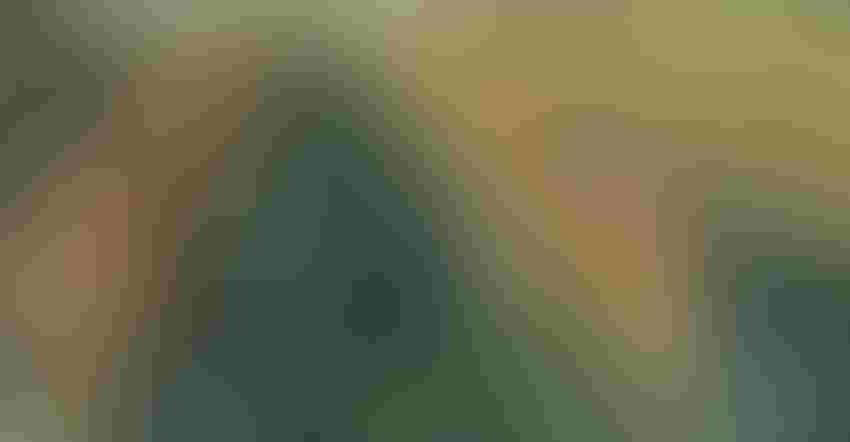 NITROGEN GUIDELINES: Kansas State University researchers will embark on a five-year project to update sorghum nitrogen guidelines. The project is funded by a $2 million grant, part of the overall $65 million grant to the National Sorghum Producers from USDA’s Partnerships for Climate-Smart Commodities project. Courtesy of K-State Research and Extension

Kansas State University researchers say a $2 million grant that they received recently will help to modernize recommendations for applying nitrogen to sorghum in a three-state region, ultimately boosting the value of grain sorghum in the United States.

The grant was announced in mid-September.

“This is a watershed day for the sorghum industry,” said Tim Lust, CEO of the National Sorghum Producers, calling sorghum a “resource-conserving crop. We appreciate the USDA for the opportunity to realize sorghum’s potential as a climate-smart commodity.”

According to Lust, the overall project creates a pathway to quantify, track and verify the impact of all practices related to sorghum production with the intent to “monetize these practices in ecosystems services markets of all kinds.” The initial focus, Lust said, is low carbon fuel markets.

Tomlinson noted that K-State’s work will be part of a three-state effort with colleagues at Oklahoma State University and Texas A&M University.

“One of the things we had hoped to do in the last couple years is to modernize our soil fertility recommendations for grain sorghum,” Tomlinson said. “This project will provide funding to do that, particularly around our recommendations for applying nitrogen.”

In Kansas, field trials will be conducted in Manhattan (led by Dorivar Ruiz Diaz, a professor of soil fertility and nutrient management), Hays (led by soil scientist Augustine Obour) and Colby (led by northwest area agronomist Lucas Haag). Tomlinson is the project leader.

Similar trials will be set up in Oklahoma and Texas, Tomlinson said. Most of the work is in dryland settings, though some trials with limited irrigation will be tested in Texas.

“We believe that through all of these combined efforts over the next four years, we will be able to modernize and advance the N recommendations for grain sorghum across the region,” Tomlinson said.

He added that modernizing the recommendations for nitrogen in sorghum production will allow producers to apply nitrogen in proper amounts, while maximizing yields.

That’s important, for example, in markets like the California ethanol market, which has stringent guidelines for verifying how a crop is grown. To capitalize on such markets, Tomlinson said, “we need to be able to show that grain sorghum is produced sustainably and efficiently.”

“The other piece of that,” he said, “is when they develop a carbon intensity score [a measure of hydrocarbons emitted versus the amount of energy consumed] for grain sorghum, nitrogen plays an important part in that calculation. Through this work, if we can find that we can reduce nitrogen recommendations even by a couple percentage points, we may be able to ultimately reduce that carbon intensity score for grain sorghum.”

The $65 million project is funded for five years, but Tomlinson said he hopes to complete the nitrogen management project in four, “so that we have time in the final year to communicate the findings and incorporate those into our Extension programs across the region.”

“We’ll see how the fertility trials pan out over the next couple of years, but if we can optimize our nitrogen application rates, that comes with the added benefits of reducing nitrogen runoff and leaching,” he said. “It speaks to the overall sustainability efforts of improving our crop production systems. Water quality is essential to my position, and even though we won’t be directly looking at water quality, we know that there are added benefits to the crop production system if we can optimize our nitrogen rates and reduce excess nitrogen.”

Source: Kansas State University Research and Extension is solely responsible for the information provided and is wholly owned by the source. Informa Business Media and all its subsidiaries are not responsible for any of the content contained in this information asset.