Clovers can also be cut as forage but avoid a pure sweet clover diet for your livestock. 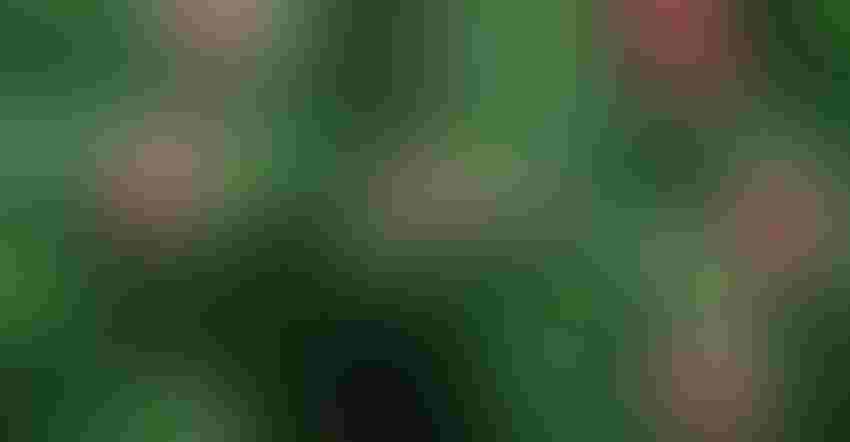 VERSATILE CROP: Frost-seeding red or sweet clover now will provide a nitrogen-fixing crop for the following year. It can also be cut as a forage. Photos.com/Getty Images

Frost-seeding clovers into a standing small grain crop is a method of relay cropping, where you make great use of the growing season by starting a new crop before the previous one is harvested.

While broadcasting is not the most fool-proof method of establishment, it’s one of the methods that most frequently results in success.

Right now it’s cold and the soil is moist, so the seedlings are less likely to dry out. Freeze-thaw action helps improve seed-to-soil contact.

Clovers are small, round and relatively heavy seeds that drop through the small grain canopy to reach the soil. They are great soil-improving crops that have taproots and can fix atmospheric nitrogen for the next crop. Clovers can also be harvested as forage.

While red clover is known as an excellent forage, caution needs to be paid when using sweet clover as forage because of its coumarin content.

Coumarin is a blood-thinning, anti-fungicidal and anti-tumor compound found in sweet clover, strawberries, lavender and cherries, among others. Therefore, it is important to avoid a pure diet of sweet clover for your animals. When mixed with other forages, it is not a problem to use sweet clover as a forage.

Use between 10 to 15 pounds an acre of clover seed when broadcasting.

Make sure the seed has been inoculated with clover rhizobium (for red clover) or alfalfa rhizobium (for sweet clover) if clover or alfalfa has not been grown in the field for a while. Make sure you spread the seeds evenly using a cyclone spreader, spinner spreader or drop box. It is not recommended to spread on snow because the seeds can be carried away when the snow melt runs off.

Since the soil is very moist right now it is advisable to spread the seed early in the morning when the top of the soil is frozen to avoid soil compaction. When you notice that the soil is thawing, get out of the field immediately so you don’t damage the soil.

Monitor the clover stand in June. If you see a lot of weeds coming up, then it is then recommended to mow the clover in July to avoid weeds from setting seed. Mowing is advisable anyway to make the clover branch out more. If all goes well, you may harvest clover in the fall for haylage, or you can just let it go and terminate it the next year prior to a nitrogen-demanding summer crop like corn, sorghum or sudangrass.

The nitrogen fertilizer value of clover is typically 80 pounds of nitrogen an acre for the next year’s crop.

Our research has also shown a typical yield boost of 20 bushels an acre in corn grain above and beyond the nitrogen value due to the soil improvement obtained by the clover.

Duiker is a professor of soil management and applied soil physics with the Penn State College of Agricultural Sciences.

Source: Penn State Cooperative Extension, which is solely responsible for the information provided and is wholly owned by the source. Informa Business Media and all its subsidiaries are not responsible for any of the content contained in this information asset.