Drought has taken a toll on Oklahoma crops such corn, soybeans, milo and cotton. Producers haying out crops are encouraged to test nitrate levels. 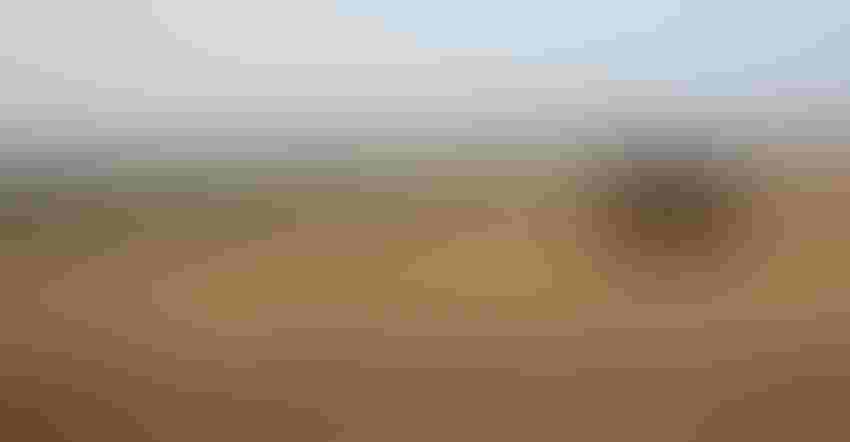 A lot of Oklahoma corn crops are being repurposed for animal feed due to the drought causing crop failure. Yield is predicted to be lower than usual for most Oklahoma summer crops. Todd Johnson, OSU Agricultural Communications Services

Harvest is approaching for Oklahoma summer crops, and fields are either looking really good or really bad with no middle ground, according to Oklahoma State University Extension crop specialists.

Overall yields for crops, such as corn, soybeans, milo and cotton, are projected to be lower statewide.

“Even the crops that look good probably don’t look as good as they normally do,” said Josh Lofton, OSU Extension specialist for cropping systems. “We always have this heat in July, but this has been a long period to be at over 100 degrees and expect crops to be able to come out of it positively on the back end.”

For corn fields, Lofton said the biggest problem with the heat wave was pollination.

A lot of Oklahoma corn, especially dryland corn outside the Panhandle region, has been repurposed for animal feed.

“Hay and animal feed stocks are low, so it’s good to have something, especially for folks who have cattle. It’s just unfortunate we are having to sacrifice corn crops to get that,” Lofton said. “I know more people not taking corn to yield than previous years. We might have a short harvest season due to the total number of acres being taken for grain being significantly down.”

The story for milo and soybeans is much the same.

“Crops like soybeans are very indeterminate, so just as easily as it can look bad, we can get a good rainfall and some cooler temperatures, and it can still finish out,” Lofton said.

He cautioned producers on haying out crops too soon but also with waiting too long.

“Don’t pull the trigger on haying out a crop, especially soybeans, before you are sure that most of the bulk yield has been lost because soybeans can still surprise you,” Lofton said. “But in saying that, the inherent risk is you don’t know when it will freeze for the first time.”

If producers wait too long to give their crops the opportunity to mature, they could lose the crops anyway in an early frost.

“We’re behind on soybeans. We should be filling pods vigorously by now, and a majority of people I’ve heard from are saying the pods are set, but the seeds and pods are very small or don’t seem to be growing. That’s a concern,” Lofton said. “Making hay out of soybeans may be worth more to a grower than risking waiting to see if their soybeans will mature.”

Alex Rocateli, OSU Extension forage systems specialist, said this is the hottest and driest year he has experienced in his seven years in Oklahoma.

Right now, alfalfa crops are going into dormancy, meaning the plant is not growing anymore and is flowering.

“If you see your alfalfa has been stunted, flowered and has less than 6 inches of growth, do nothing. Just let it be,” Rocateli said. “As soon as the rainfall returns, new growth is going to come from the bottom part of the plant.”

When the new plant’s growth reaches about 10% bloom, producers can consider harvesting.

“On the other hand, some producers started to experience drought when alfalfa was in advanced vegetative growth, meaning it had high plant stands and was close to flowering,” he said. “In these circumstances, I would say let the plant get at least halfway bloomed, preferably 100% bloomed. That way, producers can count on a regrowth.”

Rocateli said it does not make sense for producers to cut a high stand of 6 inches or above because the parts of the plant that will be left in the field are deteriorating, and new leaves are not growing.

“Make sure you have minimal trampling if you opt to graze a drought/dormant alfalfa stand as a last forage resort,” he warned. “Do not graze lower than 6 inches to keep a minimum amount of leaves there for the alfalfa to continue doing minimal photosynthesis to resist the drought.”

Rocateli said the alfalfa growing season is only halfway complete, so the drought does not mean producers won’t get any more forage from the crops.

“We just need to hope for more rain and wait for four weeks after rain, and alfalfa could really catch up with growth. You could have at least two cuts this season,” he said.

Learn about the cost of bailing summer crops at SUNUP TV.

With lake water not being released this summer to Lugert-Altus irrigation district producers in southwest Oklahoma, yields are likely to be low or fail with typically irrigated and dryland cotton, according to Gary Strickland, Jackson County director and Southwest Research and Extension Center regional agronomist.

Strickland said some cotton on the eastern side of the southwestern region and some under center pivot and drip irrigation systems where water is supplied by a well are faring better and have the potential of making some yields. However, the drought has burned up a lot of cotton acreage.

“There’s no question that the amount of cotton we produce in this area will be down from previous years,” Strickland said. “There have been pockets where producers have been able to irrigate that may have average harvests, but even with irrigation, temperatures have been so high during the day and evening hours, even irrigated fields have suffered.”

Strickland advised that producers considering planting wheat in a field with a failed cotton crop should take soil samples. He said most of these fields will have nutrients available from the fertilizer applied to the cotton because of the crops’ limited growth. This can help save significantly on the fall wheat crop budget.

“Of course, the other side to that thought is that we still need rain to start planting winter wheat,” Strickland said.

Josh Bushong, northwest Extension agronomy specialist, said with many producers turning failed summer crops into hay, they need to test the hay’s nitrate levels. Producers can work with their OSU Extension county offices to have hay samples tested through the Soil, Water and Forage Analytical Laboratory.