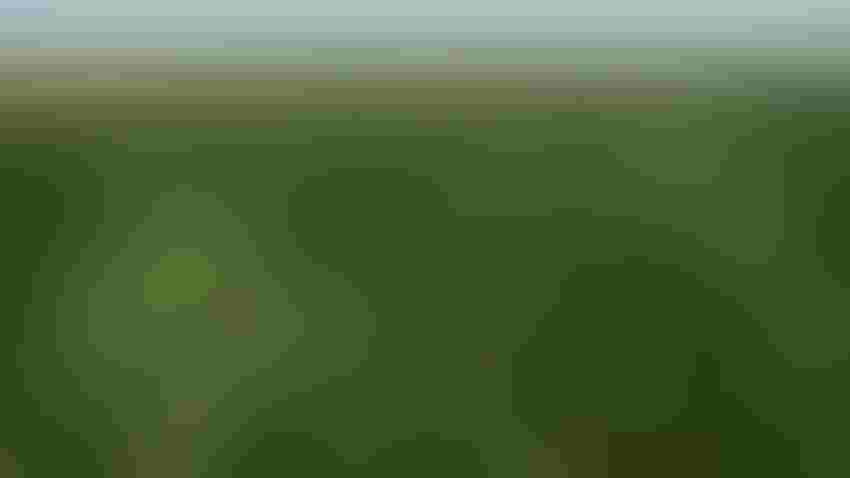 SCOUT AND SAMPLE: SCN symptoms can be difficult to spot above ground, so soil sampling and checking plant roots is crucial to identify SCN, said plant pathologist Sam Markell.Drbouz/Getty Images

While the name “soybean cyst nematode” might be misleading, this parasitic worm affects both soybean and dry bean crops.

“It’s very specific to dry bean and soybean,” he said, noting SCN does not affect other crop types. “It’s invasive and moves around on anything that moves soil like equipment, water and wind.”

While SCN doesn’t affect dry beans as severely as it does soybeans, Markel said it can still cause yield reduction and damage. Symptoms in affected dry bean fields will appear similar to soybeans, including stunted growth, poor canopy closure and plants seen with fewer bean pods.

Some market classes of dry beans are more susceptible to SCN than others, and Markell said, on average, no market classes are resistant. “Dry beans, in general, are not as sensitive as susceptible soybeans,” he said. “We don’t have a lot of beans we consider truly resistant, but a good number of them would be moderately resistant.”

As for soybeans, resistant varieties are available to producers.

Markell said any bean fields that have SCN often don’t have aboveground symptoms until it becomes a bad infestation. “It’s a parasitic worm, and it lays eggs,” he explained. “If you can count the eggs to figure out how many are in the soil, you have a handle on what your risk is.”

Since the parasite lives on the roots, there’s no need to sample deeply for SCN. “Aim for the root; 6 to 8 inches is all you need,” Markell said.

A soil probe can be used, sampling directly in the row near plant roots. To properly sample, take 15 to 20 1-inch-diameter soil cores, 8 inches deep. The cores should be collected in a zigzag or “M” pattern for better testing.

Producers can also check for SCN by gently digging up plants and checking for white or yellow cysts on the roots. Checking for cysts can begin five to six weeks after planting and continue through late July or early August.

He advises to sample near harvesttime, concentrating on areas that are likely hot spots for SCN. “Focus where you’re more likely to get new soil moved in,” he said. “Field entrances from equipment, shelter belts if we get high winds — anywhere we have soil moving around.”

If you identify SCN in your fields, the best methods to manage it include rotation to non-host crops, planting SCN-resistant soybean varieties, or using a nematode-protectant seed treatment. Contact your agronomist or county Extension office for more specific management tools.