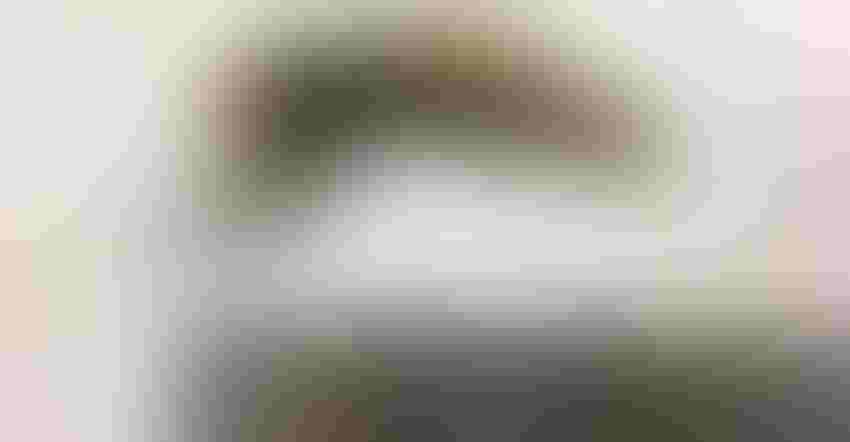 NEW HORNET FIND: This male hornet was found earlier than expected in the same area that two queens have been found, one in 2019 and one earlier this year. However, it is not uncommon for males to be discovered at this time of year.Courtesy of WSDA

Being the first for something can be a good thing, expect perhaps where the Asian giant hornet is concerned. For Washington state officials, news of this voracious honeybee predator hitting U.S. shores has kicked off an aggressive monitoring program, which recently trapped another hornet — but this time it’s a male, the first trapped in the United States. And the find comes earlier than officials first anticipated.

Caught in a Washington State Department of Agriculture giant hornet bottle trap near Custer in Whatcom County, the male was in the same area as a mated queen found dead earlier this year, and a suspected bee kill was reported in 2019. The trap was collected July 29 and processed in WSDA’s entomology lab on Aug. 13.

Sven Spichiger, WSDA managing entomologist, notes that trapping a male giant hornet in July came as a surprise. “But further examination of the research and consultation with international experts confirmed that a few males can indeed emerge early in the season,” he says.

WSDA is setting live traps in the area — as it has in the past near a queen find — in an effort to trap a live Asian giant hornet, tag it and track it back to its nest. If WSDA can locate the nest, the agency will eradicate it.

This is the second Asian giant hornet caught in a WSDA trap. The first was caught July 14. Entomologists from USDA’s Animal and Plant Health Inspection Service subsequently identified that hornet as an unmated queen. The two trapped specimens bring the total number of Asian giant hornets detected in the state to seven — all in Whatcom County.

Related:10 things you should know about the Asian giant hornet

In addition to the traps that WSDA has set to catch Asian giant hornets, citizen-scientists and other cooperators have placed more than 1,400 traps throughout the state. Those interested in trapping can still build and set traps on their own property. Traps require weekly bait replacement and a commitment to mail the trap contents to WSDA if bees or wasps are collected. If citizen-scientists trap a live Asian giant hornet, they should call the WSDA Pest Program hotline at 800-443-6684.

Because Asian giant hornet workers increase as a colony develops, they are most likely seen in August and September. If you think you have seen one, report it at agr.wa.gov/hornets. Provide as much detail as you can about what you saw, and where. Include a photo if you can safely obtain one. If you come across a dead specimen, keep it for potential testing.

Visit WSDA’s website at agr.wa.gov/hornets to learn more about Asian giant hornets. You can also submit questions the WSDA Pest Program at [email protected] or 800-443-6684.

Source: Washington State Department of Agriculture, which is solely responsible for the information provided and is wholly owned by the source. Informa Business Media and all its subsidiaries are not responsible for any of the content contained in this information asset.