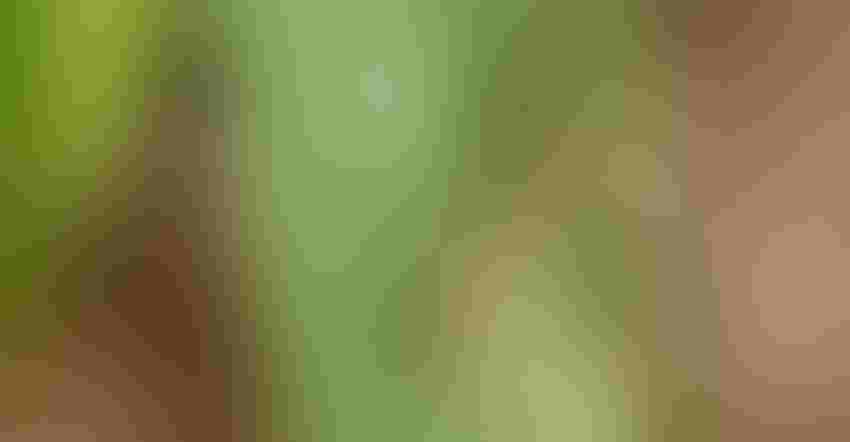 Armyworm are infiltrating Texas fields, especially in the south. Growers encouraged to scout fields.kochievmv/iStock/Getty Images Plus

Texas A&M AgriLife entomologists are warning an army of worms has infiltrated many fields and lawns across Texas. In South Texas, reports have surfaced of serious forage damage in some fields, prompting extension agents to issue warnings to farmers and ranchers to begin scouting fields and pastures to avoid being victimized by the ravenous pests.

"Fall armyworms can be very destructive to forage crops, and because of unrelenting rains in parts of Texas, many producers have been unable to access fields to treat these pests, so we are receiving a lot of reports of lost forage in fields and pastures as a result," reports Dr. Vanessa Olson, Texas A&M associate professor and forage Extension specialist in Overton. "Unfortunately, armyworms like cooler temperatures and moisture, so when it rains, caterpillar populations grow rapidly, and we're seeing this happen in many areas."

Armyworms, or Spodoptera frugiperda, often referred to as moth caterpillars, feed on a wide range of plants, including bermudagrass, corn, fescue, johnsongrass, rice, ryegrass, small grain crops, sorghum, pasture forage including Sudangrass and timothy. In corn, caterpillars can injure foliage as well as the ears. Caterpillars often occur locally in large numbers and migrate together like an army as they devour host plants, eating all above-ground plant parts. They feed in plants day or night, making it possible to devour field forage quickly.

"The fall armyworm is a common pest of bermudagrass, sorghum, corn, wheat and ryegrass and many other crops in north and central Texas. Armyworms (in larva stage) are very small, about one-eighth inch at first, and cause little plant damage, and as a result, infestations often go unnoticed. Larvae feed for two to three weeks then, and full-grown larvae are about 1 to 1-1/2 inches long. Given their immense appetite, great numbers, and marching ability, fall armyworms can damage entire fields or pastures in a few days," she notes.

Often the worms appear overnight and can cause serious damage in a hurry.

"There is a lot of potential for armyworms to show up in fields in the fall season, so we are recommending producers begin to scout fields this time of year for signs of worms or the damage they cause," Olson added.

For farmers and livestock producers, she says it becomes economically feasible to treat for armyworms when scouting determines there are three or more caterpillars per square foot in a field. But ranchers particularly need to estimate the value of forage in each field and weigh that against the input cost to treat the pasture before proceeding with a treatment plan.

"If a livestock producer is depending on another hay cutting or on forage they have planted for winter grazing, then they should consider the cost of spraying versus the value of the forage to determine when or if treatment is economically justified."

Olson says Fall armyworms (caterpillars) grow to about two inches long and are marked with green, brown or black colors arranged in stripes, with darker stripes along the sides. The top of each abdominal segment is marked with two pairs of black dots from which stiff hairs arise. The front of the dark head capsule is marked with a pale colored upside-down “Y.” Adult moths have dark gray mottled forewings marked with light and dark areas. Wings are held over the back of the body when at rest. Outstretched, wings measure about 1.5 inches from tip to tip. The hind wings are white.

As far as the complete life cycle of the armyworm, winter is spent primarily as pupae, although all stages may be encountered during mild winters. Adults emerging in early spring mate, disperse and lay eggs on host plants. Females then lay clusters of at least a hundred eggs that are covered with fuzzy, gray scales. Caterpillars hatch from eggs in about 10 days and begin feeding together, first on the remains of the egg mass and then on the host plant.

Larvae grow and molt between several stages (instars) over a period of 2 to 3 weeks, before digging a burrow up to 8-inches deep in the ground in which to pupate. The pupa is about ½ inch long, reddish brown to black, smooth and hardened. Adults emerge in about 2 weeks. Several generations can occur annually. It is most common in late summer or fall.

Leo Heinemann is a livestock producer near Cuero in Dewitt County. He says this year he was caught by surprise when armyworms began showing up in his pastures in nearby Lavaca County where he runs a herd on about 90 acres.

"It's the first year that armyworms have attacked my pastures and not my hay fields," he reports. "I should have sprayed in mid-Sept., but the rains kept me out of the pastures. and the new and young growth that followed is ideal for attracting armyworms. They destroyed about 15-20 acres in a very short period of time."

Dewitt County AgriLife Extension Agent Anthony Netardus says fall armyworms can produce 4-5 generations over the course of a year, and they are most dangerous in destroying forage and other plants in the larva stage. He says frequent scouting is the best way to keep up with the risks of armyworm damage.

"If you scout in the morning and see three or more worms per square foot, you need to be spraying that afternoon or the damages can mount quickly.”

Fall armyworms have been reported in multiple counties across South Texas, and as temperatures fall and cool weather sets in, Olson warns farmers across most of the state need to be on the lookout for armyworm invasions.

"There are actually two types of armyworms, fall armyworms and true armyworms, which is typical on small green crops in the spring. If conditions support fall armyworm populations, it is possible to realize damage in the summer months," she says, meaning armyworm scouting should be routine most any time of the year to avoid surprise infestations, particularly in late summer and, of course, in the fall season.

When treating for armyworms, Olson warns producers to read labels carefully to know when and how to treat for best results and to avoid unexpected problems associated with the crops or grasses you grow. For more information on fall armyworms and how to scout and treat them effectively, Olson maintains a website with information that is useful for producers. Visit the site https://foragefax.tamu.edu/2018/09/18/fall-armyworms-2/.