Make sure you have a good seed source, all female, and minimize plant stress. 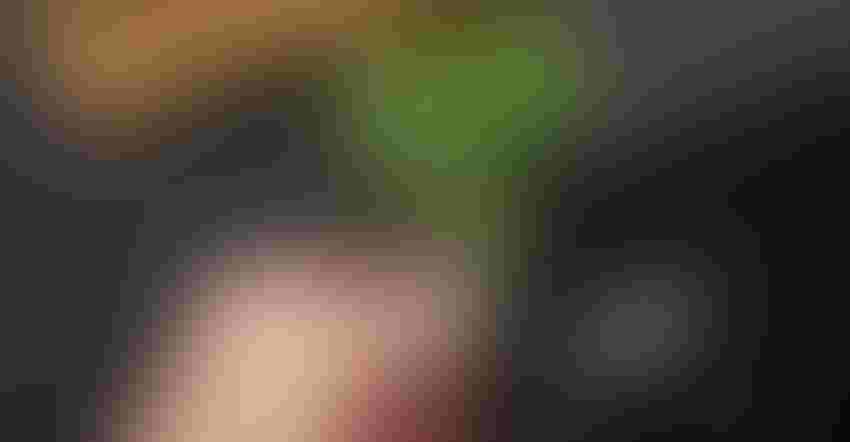 TRANSPLANTING TIPS: Hemp grown for CBD oil should be transplanted by late May. Avoid low-lying areas, make sure only feminized seed is used, and that the plants don’t get too wet or too dry. Photo courtesy of Steve Groff

May 1 was the deadline for growers to apply for an industrial hemp permit in Pennsylvania.

Given the crop’s potential, there is a lot of excitement in the farm community for something new, but there’s also lots of questions.

“I think everybody needs to calm down from the euphoria and to expect hiccups,” said Lancaster County farmer Steve Groff at a recent hemp meeting with growers. “I don't care how good the best you can plan, there will be hiccups. And I think that's part of the high risk, high reward of this crop.”

Andre Frey, a Lancaster County native who has been growing and marketing hemp in Colorado the past few years, said time will tell just how well hemp will do on the East Coast.

The crop will come under lots of pressure from deer and other wildlife, and invasive species such as spotted lanternfly and brown marmorated stink bug.

The type of hemp grown is dependent on the end market — fiber, food, oils or something else. But Groff said Lancaster County is prime for the CBD (cannabidiol) market as other areas focus on fiber. In CBD production, oils are extracted from the plant’s buds and used to make therapeutic treatments for acne, depression, heart disease and other ailments.

But growing hemp for CBD has its own quirks and requirements. Here are eight things to remember before getting the crop in the ground:

1. Grow only females. Feminized plants are coveted for their buds, and this is the most important thing when it comes to CBD production.

“If you buy regular seed, you’ll have anywhere from 70% to 90% female germination rate,” Frey said. “When growing for the bud, you want to grow just the female plants.”

Groff said it is important to get seed tested as male seeds in CBD production can render a planting useless.

2. Have a good seed source. Just as important as having feminized seed is knowing where the seed comes from.

CBD need to be between 10% and 20% — compared to fiber crops that are anywhere from 2% to 6% CBD. Groff said growers should get a certificate of analysis from wherever they are getting seed from.

“If they don’t have a COA, a little red flag should go up,” he said.

It’s also good to know where the seeds have been grown.

“Any stress you can think about — heat, cold, drought, soil type — could affect CBD,” he said. “Even the right genetics that perform well in another area of the country may not perform well here.”

3. When to plant. For direct seeding, Frey and Groff suggest doing this sometime in June as the soil should be warm enough.

For transplants, Groff suggests doing this by the end of May. Hemp is a short-day plant, meaning it will start to flower when the days get shorter. He said plants put in the ground by late May should start flowering by the end of August or early September.

4. Where to plant. Jeff Graybill, Extension educator in Lancaster County, said growers should avoid fields that have had atrazine applied in the past. One field he planted an experimental hemp plot in last year had past applications of atrazine. He said the field was shorter and more stunted than his other plots.

“Some of them have considerable carryover potential,” Roth said.

5. How to plant. Plant spacing is dependent on variety. Groff said standard spacing is 5 feet by 5 feet.

Also, think about drip irrigation. You don’t want the crop getting dried out in August, he said, as that can lead to higher THC (tetrahydrocannabinol) levels.

The problem, or challenge, in a no-till system is that if you lay drip lines out, they can start flying around in a big storm.

“Get some staples to secure them in the ground,” he said.

6. Avoid high-moisture areas. Groff said hemp should be planted on a hill, especially in the first year, so it doesn’t sit in water.

Plants that are too wet can have higher levels of THC, which is the psychoactive compound found in marijuana.

Frey said that hemp seeds are coated with THC to withstand cold, but the plant will produce more THC when it is stressed and feels the need to reproduce.

“This is not tobacco,” Frey said. “You can’t just hang it up in the barn and expect that it will not get mold. You can’t spray it because you are extracting it and getting it tested.”

7. Watch nutrition. According to Penn State Extension, fertilizer requirements are best determined by a soil test. In soil with optimum levels of phosphorus and potassium, the recommendation is 150 pounds of nitrogen, 30 pounds of phosphate and 20 pounds of potash to reach a 1,500-pound yield.

Groff said he’ll be testing out foliar feeding through a dripline this year. He said CBD plants that fall below 10% are useless and can’t be used for oil extracts.

8. Test before harvest. Timing a crop to see if it’s ready for harvest is crucial to avoid a plant getting “too hot” — higher than 0.3% THC.

“Testing is very important. If you have a variety that is already high in CBD, you need to be checking it because it will get to 0.3% or higher sooner,” Groff said, adding that plants should be harvested when THC levels are 0.25%. “If the weather is normal, maybe you can leave it grow for a week. If the weather is bad, or forecast to be bad, you should harvest right away.

“These are the nuances of growing this,” he said. “You need to test, you need to spend the money to test, and that gives the security of knowing you’re not going to get hot.”