It’s up to next generation to solve the impossible — herbicide resistance. 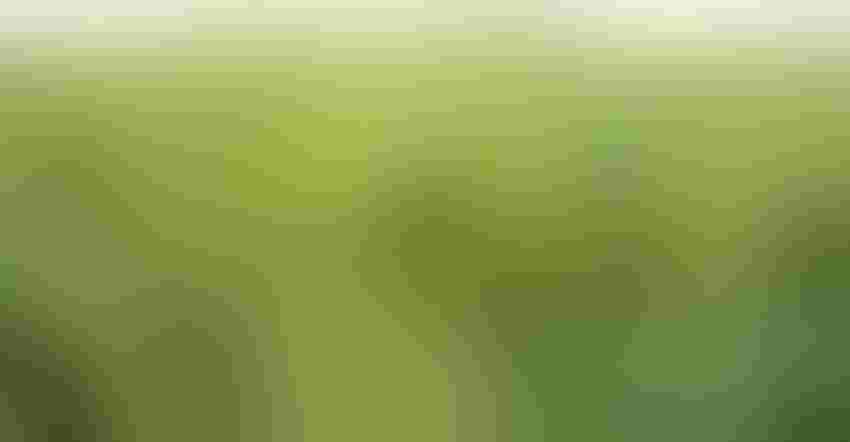 WICKED WEEDS: The cases of resistant weed species continue to increase. These types of fields are becoming more common in the U.S., showing up in fields across 38 states.

I listened as Bradley shared years of weed science work during his talk titled “Have we gotten lost in the weeds? Where we’ve been and where we’re headed with weed management in the U.S.” at the MU Crop Management Conference. As I looked around the room, most in attendance were much younger than me, younger than Bradley. They were the age of my eldest daughter in their mid-to-late 20s. And Bradley noticed as well.

“My first resistance experience was in August 2003,” he said. “Some of you were just in grade school.”

This generation grew up in a weed-resistant world. They probably heard about it around the dinner table as their parents fussed over it. But for the next generation of farmers and agriculture industry leaders, it is all they know. It is a problem they must address. And it is one that Bradley charges them to solve.

But first, a little history.

A farmer north of Kansas City, Mo., reported the first case of glyphosate-resistant waterhemp to Bradley 16 years ago. It was around the same time Bradley was getting his career at the university started.

In 2003, there was no talk of resistance. “Then the talk was of how wonderful RoudupReady was,” he said. “It was a once-in-a-lifetime technology. It was changing our industry.”

However, it was the start of a technological problem. According to Bradley, herbicide discovery basically shut down. By planting RoundupReady soybeans and later corn and cotton, farmers were able to spray glyphosate at will, which resulted in clean fields. The product worked.

Companies stopped investing in herbicide research. Nothing new came on market with a different or unique mode of action. And Bradley does not see any new modes coming in the next 3-4 years. Without new discovery, weed resistance became a biological problem.

When the same products are applied year in and year out, eventually weeds develop a resistance. Don’t think so? Here’s the proof:

Still, some farmers are adding to the resistance problem by using the same herbicides. Frankly, it is a behavioral problem. Glyphosate is simple and easy to use.

Early on, it was hard to deny the success of the product when farmers looked across fields and couldn’t see a weed. However, that logic cannot be used in many fields today. Weeds escape. Resistance lives. Farmers buck change. Which leads Bradley to deem weed resistance a wicked problem.

A wicked problem is a one that is difficult or impossible to solve because of incomplete, contradictory and changing requirements that are often difficult to recognize.  Many consider hunger a wicked problem.

Bradley contends herbicide resistance fits the definition. There is no simple solution to it. There are many stakeholders — ag companies, agronomists, farmers, and even consumers — each one with their own solution, advice and decision. Then there are other factors such as the economy and environment that lead to more or less herbicide use depending on the year. Solving the weed resistance problem appears to always be in flux.

Now for the future.

I’ve read that wicked problems cannot be solved, but they can be tamed. And that is the task Bradley laid out for the next generation in the group.

“I think we need to stop relying so much on herbicides,” he said. “Stop the treadmill of thinking they are the only answer. Incorporate other things in weed management.”

He discussed the need for the next generation to breed for weed management. He urged them to look at technology such as the Integrated Harrington Seed Destructor that, when used at harvest, makes the weed seed coming out of the combine no longer viable. He has seen 98% of the seed destroyed, including pigweed. He touched on windrow burning where the combine has a chute that places the chaff in a row, and farmers set fire to it destroying the seed. Bradley even threw out the idea of electrocuting weeds. Something must give.

Despite being raised in a weed-resistant world, the next generation of farmer, agronomist, crop consultant and ag chemical company engineer should not take it as status quo. As the data shows, it is only getting worse.

“You are young, smart people,” Bradley said. “It is your time to be entrepreneur.” And he called on them to find a way to solve this wicked problem, or at the very least tame it.