This biosensor is made of graphene, a strong and stable nanoparticle, and provides instantaneous feedback versus the time and money it would otherwise take to send a sample to a lab and await results. 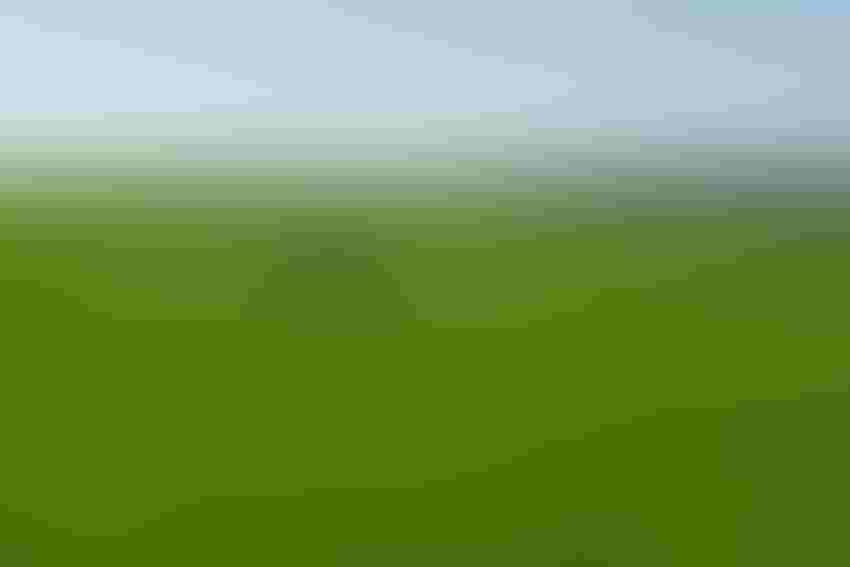 The ongoing argument over the risks of pesticide use in agriculture has a storied history, a long-running controversy of whether the benefits of use for the production of food and commodities counters the risks associated with harmful runoff that can and does occur from many treated fields.

It's no secret and there is no denial that pesticide and herbicide overuse can cause risky soil saturation that can lead to problems associated with runoffs entering navigable streams and estuaries. Heavy use of nitrogen in Midwest farming operations, for example, are credited with greatly contributing to "Dead Zones" in the Gulf of Mexico after chemical runoffs, in some cases, traveled a great distance down the Mississippi River and its tributaries and into the warm waters of the Gulf.

Hypoxia, or low oxygen, is an environmental phenomenon where the concentration of dissolved oxygen in the water column decreases to a level that can no longer support living aquatic organisms. Hypoxic areas, or Dead Zones, have increased in duration and frequency across the oceans of the planet since first being noted in the 1970s.

The largest hypoxic zone currently affecting the United States, and the second largest hypoxic zone worldwide, is the northern Gulf of Mexico adjacent to the mouth of the Mississippi. These hypoxic zones have caused economic losses to the Gulf seafood industry and continue to threaten commercial and recreation industries in the Gulf area.

While a great amount of research has been dedicated to finding solutions to the problem, efforts by Dr. Jonathan Claussen, assistant professor at Iowa State University’s Department of Mechanical Engineering, may be on the verge of offering a more effective way of helping to control harmful runoffs, giving hope to agriculture's ability to slow the adverse effects of pesticide and herbicide use by using nanoparticle technology.

PESTICIDES VS. HERBICIDE VS. FUNGICIDE

According to the U.S. National Library of Medicine at the National Institutes of Health, the term pesticide covers a wide range of compounds including insecticides, fungicides, herbicides, rodenticides, molluscicides, nematicides, and plant growth regulators.

Among these, organochlorine (OC) insecticides, used successfully in controlling a number of diseases, such as malaria and typhus, were banned or restricted after the 1960s in most of the technologically advanced countries. The introduction of other synthetic insecticides – organophosphate (OP) insecticides in the 1960s, carbamates in 1970s and pyrethroids in 1980s and the introduction of herbicides and fungicides in the 1970s–1980s contributed greatly to pest control and agricultural output.

The primary benefits are the consequences of the pesticides' effects. Tremendous benefits have been derived from the use of pesticides in forestry, public health and the domestic sphere – and, of course, in agricultural industry.

Results from the utilization of high-yield varieties of seeds, advanced irrigation technologies and agricultural chemicals including pesticides, have helped to provide healthier and higher yielding food and commodity crops worldwide.

Outputs and productivity have increased dramatically in most countries, for example wheat yields in the United Kingdom and corn yields in the USA. Increases in productivity have been due to several factors, of course, including use of fertilizer and better varieties and use of machinery. But pesticides have been an integral part of the process by reducing losses from weeds, diseases and insect pests that can markedly reduce the amount of harvestable produce.

Research by Claussen and his team at Iowa State has helped to created a flexible, low cost and disposable biosensor that can detect pesticides in soil. This biosensor is made of graphene, a strong and stable nanoparticle, and provides instantaneous feedback versus the time and money it would otherwise take to send a sample to a lab and await results.

Funding for the research was made available through USDA’s National Institute of Food and Agriculture (NIFA), supported by an Agriculture and Food Research Initiative (AFRI) grant.

Selina Meiners, National Institute of Food and Agriculture, reports that the biosensor is made by first printing graphene ink onto paper. A laser then traces over the ink to improve its electrical conductivity by welding together flakes of the graphene ink, making a nanostructured surface that is three dimensional.

"The flakes almost look like rose petals coming up from the surface of the paper," said Claussen. "They form the base material to test soil on."

According to Meiners report, to accomplish this, the biosensor is dipped into a slurry of soil and water. It is then connected to an electrochemical reader in the field to test for pesticide.

Claussen said the biosensor has great potential for use beyond the agriculture community. Its properties can be converted for use in the biomedical, environmental, or food safety fields, simply by changing the biological components that are immobilized on top of it.

"What fascinates me most about this project is the real world impact it can provide," said Claussen. "The graphene sensors do not require the use of precious metals that are typically used to increase the performance of electrochemical sensors. Therefore, the technology really could be used by the masses for flexible/low cost electronics and sensors."