An Oregon State University study looked at how an active ingredient’s interaction with the environment can be changed if it is encapsulated in plastic. 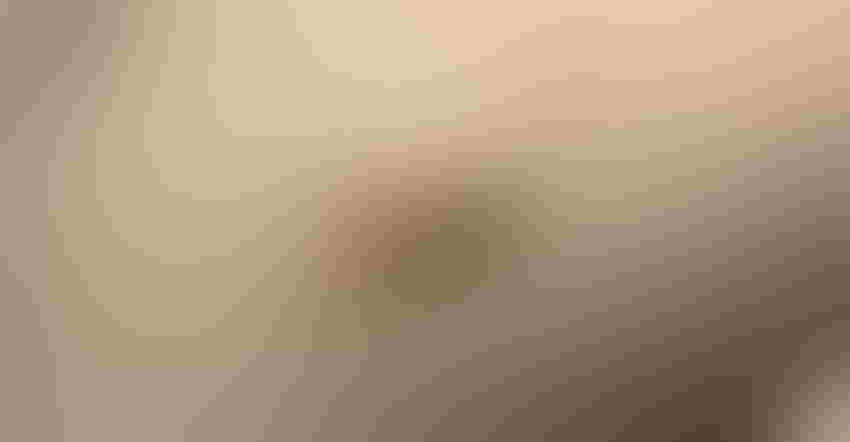 The active ingredient in any insecticide is the key in product in every jug. But often, that a.i. is included with a formulation of inert ingredients or produced in a way that aims to enhance the longevity of the product in the environment. For more than 50 years, formulations have used encapsulation for active ingredients for some pesticides, and a new study shows that process could actually be creating an unintended consequence.

Encapsulation means putting the active ingredient of a product inside tiny, inert plastic pellets. This tactic may make a product more toxic than the same amount delivered straight into the water. In new work done by Oregon State University, environmental toxicologist Stacey Harper and her team discovered this phenomenon, and the study was recently published in the journal Nanomaterials.

Harper, an associate in OSU’s College of Agricultural Sciences and the College of Engineering, and her doctoral student Matthew Slattery, studied a commercial pyrethroid-type insecticide with an encapsulated active ingredient — gamma-cyhalothrin. This insecticide is primarily used in the home and garden market for control of ants, bedbugs, ticks and other insects, but the work could show impact from ag insecticides.

Harper and Slattery found capsules with the product’s a.i. ranged from micron-sized (a human hair is 40 to 75 microns thick) to nanometer-sized, which is 1,000 times smaller.

The key for any product, Harper noted, is that you want the ingredients to remain relatively mobile in a zone of control. That means keeping them where they are applied. “This particular ingredient is designed to be hydrophobic, so it won’t be carried away with water. But if you encapsulate it, its hydrophobic nature is masked. The shell becomes a carrier device,” she said.

A look at the research
The researchers took off-the-shelf product and spun it in a centrifuge to sort its capsules into two size classes. There were a wide range of sizes; most were micron-sized, but some were much smaller — nanometer-sized.

The water flea chosen, Ceriodaphnia dubia, is a filter-feeder that swims through the water and grabs particles out of the water, usually bacteria and other food floating around. This species lives in freshwater lakes, ponds and marshes; due to its sensitivity to pollutants, it is used for toxicity testing in waterways.

The team found toxicity for the water fleas rose when exposed to nanometer-sized particles. The crustaceans were immobilized, leading to their death.

“In our study, it was the size of the particles that mattered. The nanometer-sized particles were in the ‘Goldilocks zone’ — large enough for the water flea to collect, but no so large that it couldn’t ingest it,” Harper said.

She noted that with 50 years of using encapsulation, the practice is accepted as a way to improve a product’s dispersal and durability. “We need to think about considering encapsulation as an ingredient because of how it alters how the active ingredient interacts with the environment,” Harper said. “Currently, the only testing that’s done after the final formulation are hazards like corrosivity and flammability — but not toxicity. What we’ve found is that encapsulation makes a difference in toxicity, and that it is size-dependent.”

Harper, also an environmental engineer, studies the environmental effects of human-made nanoparticles —microscopic bits of matter engineered to have commercially useful properties. Nanoparticles are widely used in pharmaceuticals, pesticides and personal care products, but little is known about their long-term environmental or health effects.

The study was co-authored by Bryan Harper, a senior faculty research assistant in the OSU Department of Environmental and Molecular Toxicology.

The study was funded by the U.S. Environmental Protection Agency, the USDA National Institute of Food and Agriculture, and the Agricultural Research Foundation of Oregon.

Source: Oregon State University. The source is solely responsible for the information provided and is wholly owned by the source. Informa Business Media and all its subsidiaries are not responsible for any of the content contained in this information asset.