A friend urgently contacted me saying that the blue-ringed octopus in Jason's hands contained enough venom to kill 26 men. 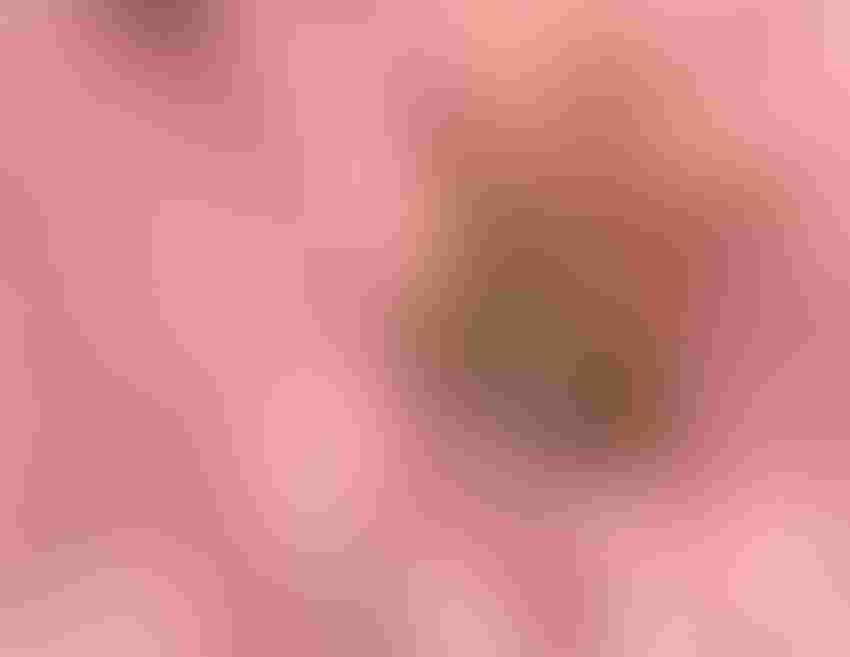 Dr. Jason Woodward, a plant pathologist from Texas A&M, holds blue-ringed octopus in the Philippines. The sea creature could have easily killed him, but he didn’t know that at the time.

Some say ignorance is bliss, but this is certainly not true. Ignorance can easily lead to poor decisions that can have devastating results.

Though information is available, those who need it most may not find it and thus miss important opportunities. Because losses to diseases, nematodes and other pests were a threat to all growers in 2017, it’s not too early to prepare for next season.  Even with harvest still underway in a few fields, important signs are already available to help in the decision process for best-management options in 2018.

Recently I stood on a tiny island in the Philippines with Dr. Jason Woodward, a plant pathologist from Texas A&M.  We watched as a small, brown octopus swam lazily through the shallow, clear water.  Our half-hearted attempts to corral the creature only agitated it.  In an instant, the unhappy octopus morphed to a vibrant orange with numerous brilliant-blue rings.

Being boys at heart, we pursued and captured it. In awe, I took a picture of the angry, colorful octopus carefully cradled in Jason’s hands. After posting the picture to Facebook, it was quickly identified as a blue- ringed octopus, which meant nothing to us. Later, however, another friend urgently contacted me saying that the blue-ringed octopus was among the most venomous of all reef creatures and contained enough venom to kill 26 men. No antivenin is known.  Apparently, Jason and I had not watched enough episodes of Jacques Cousteau or Animal Planet. Ignorance could have killed us, or at least Jason.

There are at least three things growers need to keep in mind as they put one season behind them and plan for the next.  By understanding these issues, growers can be better prepared for fighting diseases, nematodes and other pests in 2018.

Very cold weather acts as a reset button from one cropping season to the next.  Freezing temperatures kill volunteers and regrowth left in the field that can extend the life-cycles of important pests.  Cold soil conditions suspend the reproduction and development of plant-parasitic nematodes.  Wet conditions hasten the rot of debris that harbors pathogens ready to infect next year’s crop.  Rather than a reset button, warmer and drier winters may be bridges for important pests from one season to the next.

Many fungicides and agrichemicals are produced in China.  Recently there have been reports that all may not be well with production efforts in China.  The impact is not clear, but growers should be prepared.  First, some fungicides, especially chlorothalonil, that have been readily available in the past will be more limited in supply.  Second, products that have been amazingly inexpensive are likely to be more expensive in 2018.  Such is predicted for tebuconazole which will still be accessible, but perhaps not at pennies on the ounce.

Though new generic formulations of off-patent fungicides continue to reach the market, availability of some of these may be affected.  There is a silver lining.  Reduced availability and higher prices may encourage growers to more carefully assess the best program for their crops and to adopt a new program that, in the end, will make more money for them.

Cotton varieties will be available with increased resistance to root-knot nematodes and to bacterial blight, though unfortunately not in the same variety.  Corn and soybean varieties are available with increased resistance to important diseases, thus further protecting the crop and perhaps reducing the need for use of fungicides.

Row-crop producers across the Southeast were frustrated by unexpected and at times unexplained yield losses in their crops in 2017.  Interactions between weather, diseases and nematodes and management explain some less-than-expected yields.  In other cases, the cause remains a mystery that we seek to solve.

However, preparations now in anticipation of La Niña, fungicide issues and seed sources should help for next year.  Growers are advised to work closely with Extension, consultants and Industry to get the information they need.  Ignorance is not bliss and leads to poor decisions.  Good decisions lead to improved yields and escape from injury from a blue-ringed octopus.  But sometimes, as in the words of Lefty Gomez, “I’d rather be lucky than good.”