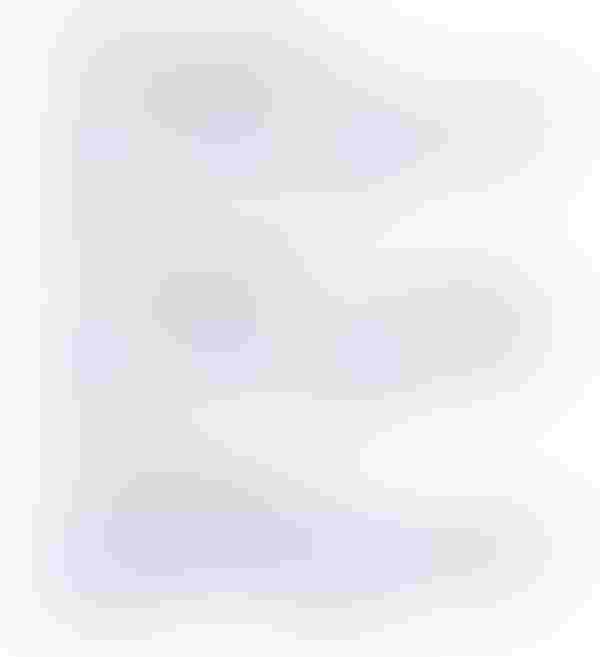 1. Cover crops can reduce nitrate losses 25-30% “for sure,” Helmers says. He calls them an emerging technology for nitrate control. They are suited to all kinds of land, do not take any acres out of production and can be applied in any size operation. But they add another layer of overall farm management to get the right crop seeded at the right time in the fall.

Cover crops takes up N during their growing season and release it for the next year’s crop after the cover crop is burned down in the spring. Weed burndown timing is especially critical to reduce yield loss when corn is the next crop in the rotation.

Helmers estimates cost of cover crops at about $30/acre.

2. Controlled drainage management uses gates on your drainage tile to reduce nitrate delivery to streams as well as reduce water loss in dry years. For example, gates can be set higher after harvest to allow water to flow down through of the top layer of soil while retaining water at lower levels.

Controlled drainage takes added management but costs relatively little once installed. And it has a long lifespan, Helmers says. It can reduce nitrate losses by 30%, but is not suited to all terrains, performing best on land with a slope of 0.5% or less.

(Some newer technologies allow us to go up to 1.0% or greater by stepping percentage of slope by using water gates to step up the percentage of slope, says Leonard Binstock, Agricultural Drainage Management Coalition drainage consultant, Hot Springs Village, AK.)

3. Shallow drainage is similar to controlled-drainage management, and is an option when new tile systems are installed. “Shallow is 2½-3 ft.,” Helmers says. “It’s more applicable to places like Iowa where we commonly put drainage in at 4 ft.”

Shallow drainage is more expensive, since the closer placement of lines to create enough draw-down to drive flow requires more linear feet of tile. Benefits from shallow drainage are similar to those of controlled-drainage management.

4. Bioreactors are an emerging technology best suited for fields of 50 acres or less. Typically a pit at the field edge filled with wood chips that denitrify water flowing through from the field, they require less than 0.1% of the land being treated and can reduce nitrates by 40%.

“This technology has great potential,” says Helmers, “but we have to move with caution on key questions like how we size and manage them for maximum performance and to avoid unintended consequences like sulfate reduction or methyl mercury.”

On-farm studies are under way in Illinois, Iowa, Minnesota and Ohio. David Muth, a participating Dougherty, IA, grower, agrees with the need for more research.

“There’s a learning curve on this,” says Muth, who found the lighter soils in his area affected how water flowed through his bioreactor.

Bristow, IA, grower Dennis Cassmann also installed a woodchip dentrification bioreactor to retain nitrates from tile-drainage flows. It reduced drainage water nitrates by 35% in one year, from 11 to 7.2 ppm.

Scientists in Illinois are working on a database and performance research to provide guidance on the interaction between specific soils, weather, bioreactor size and levels of nitrate removal.

“There’s an interactive routine at the Illinois Drainage Guide site,” says Richard Cooke at the University of Illinois’ Agricultural and Biological Engineering Department.

“We are building a database for other Midwestern states as much as possible,” he adds. “And NRCS is developing national design standards that we should have within the next year. Once they are developed, there will be opportunities for farmers to work with NRCS to install systems.”

Iowa’s research indicates a bioreactor cost of about $150 per treatment acre, with a lifespan of 15 years, after which the wood chips must be replenished.

5. Targeted wetland restorations are also under research but “probably more proven than bioreactors,” says Helmers. “I think they are one of the most promising technologies, not only for providing water quality benefits but also because of habitat benefits.”

Properly sited and designed, wetlands can serve multiple farms, since they treat watersheds from 500 to 4,000 acres. Depending on size, they reduce nitrate losses by 40-70% at a cost of $0.23/lb. nitrate removed over their nominal 150-year lifetime, says Shawn Richmond, program coordinator for Iowa’s Conservation Reserve Enhancement Program (CREP).

The CREP has been restoring wetlands for a decade and has a two-year waiting list of landowners interested in participating.

“It is a small imprint program with relatively large bang for the buck,” says Richmond. “For a 1,000-acre watershed, you might need a 5-20-acre wetland, so it’s not a big land buyout program.”

Most of these wetland restorations involve only one or two landowners, who get CRP payments for 15 years at cropland rates, an additional payment from Iowa to extend the land use with a 30-year or a permanent easement, and a 100% cost share on the restoration. Landowners also retain ownership of the land enrolled in CREP and control access to it.

“Our focus is on nitrate removal, but we also make it a high quality habitat,” Richmond says. “Within a couple of weeks, a new wetland begins attracting wildlife.” He adds that neighboring states are expressing interest in the Iowa program.

Following Best Management Practices advisories on N application is only the beginning of reducing your field nitrate losses, says Matt Helmers, ISU associate professor, agricultural and biosystems engineering.Better in-field nutrient management alone can’t do the job. “The right application of nitrogen (N) is the first step,” he says. “But even then, N concentrations in drainage water are still higher than where we want to be.”

Fortunately, research advances offer a toolkit of options that, combined, may achieve such rates.

Helmers cites experiments that found nitrate levels at 5-10 part per million (ppm) in tile runoff even when N had not been applied, and levels well above 10 ppm after it was applied at 150-160 lbs./acre to corn in a corn-soybean rotation.

“How much we can reduce nitrate loss by applying the right amounts at the right time depends on where we’re starting, and that’s something we don’t know yet. If we are at 200 lbs. and cut back to 130, we could get a 30% drop in nitrate loss, but if we’re cutting from 150 lbs. to 125, we might only see a 15% decline,” he says.

Complicating nitrate-loss prevention is the wide diversity of soil types, weather patterns and cropping approaches across the Corn Belt. That means a “one size fits all” mandate won’t work.