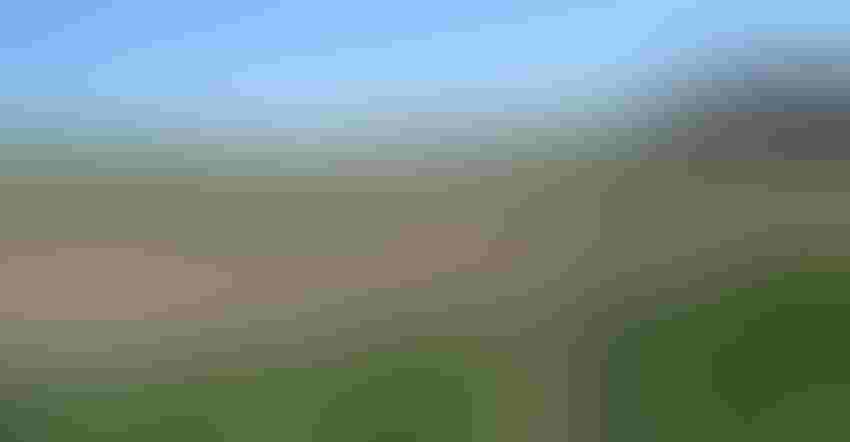 COVER CROP POTENTIAL: The study demonstrated that with 100% residue removal, erosion potential increased by about 27% at the rain-fed site. This increase was, however, offset by the late cover crop termination, thanks to an increased size in water stable aggregates at this site.Humberto Blanco

It's an often-asked question in Nebraska and other Corn Belt states: How much corn residue can I remove without negatively impacting soil health? Recently, with cover crops added to the mix, there's a new dynamic added to that question.

"The revolving question is, can we use cover crops to offset the negative effects of corn residue removal on soil properties?" says Sabrina Ruis, postdoctoral research associate at the University of Nebraska-Lincoln.

A recent study conducted by Ruis, along with Humberto Blanco, UNL associate professor of agronomy, aimed to answer this question. This study, funded by the Nebraska Environmental Trust, took place over the 2014, 2015 and 2016 cropping seasons at two sites — one rain-fed site at the UNL Rogers Memorial Farm east of Lincoln, and one irrigated at the UNL South Central Ag Lab near Clay Center. Both sites are continuous no-till corn.

The study included treatments with different amounts of corn residue removal at 0%, 25%, 50%, 75% and 100% removal. The study also evaluated cover crop termination dates. In both locations, a cereal rye cover crop was planted after corn harvest in late October to early November, and was terminated at two different dates — early termination about 30 days prior to corn planting, and late termination at or around the corn planting date in late April or early May. A control with no cover crop was also used.

Although corn yields in 2015 saw an 8% yield reduction at both sites following late termination of cover crops, the other two years saw no impact on subsequent corn crop yield.

"We would have expected a negative impact from late-termination cover crops on corn yield because they were using water that would otherwise be in the system for primary crop, but the late termination only reduced yield in one of the three years by about 8% at both sites," says Ruis. "Early cover crop termination was similar to the control as far as effect on yield and water erosion potential, because those cover crops are so small when they're terminated that they haven't had much time to grow and impact soil properties."

Starting last spring, Ruis has been evaluating greenhouse gas fluxes in the soil in different treatments —including carbon dioxide, nitrous oxide and methane — and plans to continue evaluating these fluxes through midsummer. Data will help with understanding biological activity in the soils and losses of soil carbon and nitrogen to the atmosphere.

To learn more about this study, contact Ruis at [email protected].