Herbicide resistance issues are not going away. Start thinking about resistance from a complete weed management standpoint. 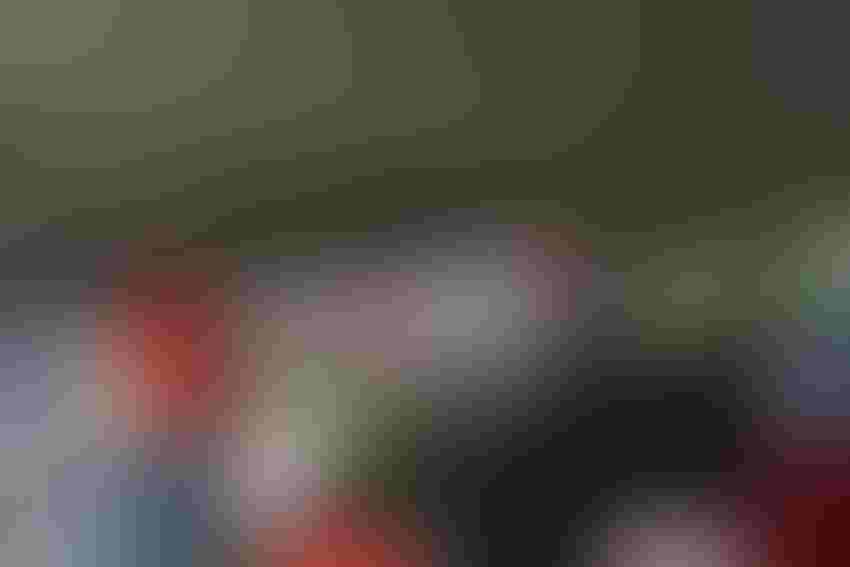 “Folks it’s time to circle the wagons. Herbicide resistance issues are not going away. We have to start thinking about resistance from a complete weed management standpoint. There has been a big push for integrated weed management in response to herbicide-resistant weeds and it’s high time we got on board,” said Cahoon, North Carolina State University Extension weed specialist for cotton and corn.

Speaking at the Cotton Field Day at the Upper Coastal Plain Research Station in Rocky Mount Sept. 19, Cahoon emphasized cover crops as an important tool for North Carolina cotton farmers to battle Palmer amaranth, horseweed, and other herbicide-resistant weeds. He stressed that cover crops won’t replace herbicides for controlling problem weeds, but they will work in tandem with and take a lot of pressure off herbicides.

At the field day, Cahoon gave a rundown of herbicide-resistant pigweed across the country. He noted there are pigweed species resistant to the Group 15 herbicides, such as Warrant, Dual Magnum, Zidua and Outlook, in the Midwest and Mid-South. In addition, reports from Tennessee say dicamba was much less effective on Palmer amaranth this year compared to the first two years of the system. In addition, 2,4-D resistance has been reported in Kansas and the Midwest.

Prior to returning to his native North Carolina in 2018, Cahoon was an Extension weed specialist for row crops and vegetables at Virginia Tech. From his time in Virginia, Cahoon was involved with several cover crop research projects and saw their value to weed management first-hand.

An important component of cover crops is achieving a mat of residue to keep weeds such as Palmer amaranth from germinating. Cahoon said the goal for suppressing pigweed is to generate 6,000 to 8,000 pounds of cover crop biomass per acre. The purpose of this level of residue is to keep sunlight from reaching pigweed seed or newly emerged pigweed seedlings.

“Pigweed needs a flash of light for germination. If we exclude light from the surface, we can keep some from coming up. Pigweed seed that have germinated are also susceptible to cover crop residue. Pigweed produces extremely small seed which doesn’t have much energy to get through a thick mat of cover crop residue,” Cahoon said.

“If you don’t achieve 6,000 to 8,000 pounds of cover crop biomass needed to suppress pigweed, don’t take this as a failure. One of most overlooked benefits of cover crops for weed management is competition with winter weeds, like herbicide-resistant horseweed,” Cahoon said.

Holding up a picture of the two systems side by side, Cahoon asked the crowd, “Which system would you rather burndown and plant into? The fewer weeds we have to control with herbicides, the less chance of selecting for herbicide-resistance. Also, the smaller weeds in the rye system will be more easily controlled by herbicides which also aids in resistance management.”

“I had several growers call and ask, ‘Charlie, I don’t see rainfall in the forecast for 10 to 14 days, do I still need to use a residual?’ My first response was, ‘you’re definitely not going to get a residual activated if you don’t use one,’” Cahoon said.

“Some folks asking that question got a pop-up shower and didn’t have a residual and they regretted the decision to leave it out. They were playing catch up all season. Just because you don’t see rain in the forecast, doesn’t mean you should abandon residuals,” he said.

Cahoon strongly advises against dropping PREs in cotton weed control. But if a farmer is convinced to drop a PRE due to lack of rainfall in the forecast, they need to come back at least two weeks after planting with a post product to kill emerged weeds plus a residual herbicide like Dual Magnum or Warrant if the cotton has emerged.

Resistant Italian ryegrass is becoming more of an issue in eastern North Carolina. Cahoon advises Gramoxone may be the only option to control emerged ryegrass in some areas where glyphosate no longer works. Italian ryegrass needs to be small for adequate control by Gramoxone. He also said a fall burndown of Gramoxone plus residual like Dual Magnum has a fit in ryegrass control, but a fall burndown won’t replace a spring burndown application. This approach also works for horseweed.

“A fall burndown can help, particularly if you have a lot of horseweed. The data says peak germination for horseweed is in the fall, with a smaller flush emerging the following spring. A fall burndown will help, but don’t think it will carry you all the way to May.

“The other consideration we have to make with a fall burndown is ground cover during the winter. If you leave the soil bare all winter, you are likely to have a good deal of erosion and have to spend the spring fixing washed out spots. This is another reason to take a closer look at cover crops,” Cahoon said.