Ames Herbert said it is critical to look at all available control methods for&nbsp;thrips&nbsp;as there is growing evidence&nbsp; in the U.S. cotton belt of&nbsp;neonicotinoid&nbsp;insecticide resistance. 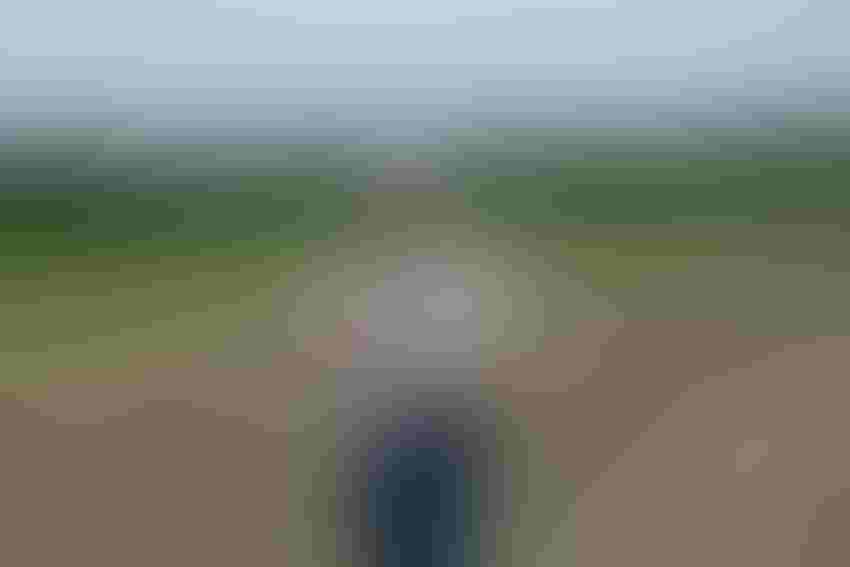 <p style="font-size: 12.8000001907349px; line-height: 20px;">​Ames Herbert, professor of entomology at Virginia Tech, says it is critical to look at all available control methods for thrips as there is growing evidence in the U.S. Cotton Belt of neonicotinoid insecticide resistance.</p>

Researchers at Virginia’s Tech’s Tidewater Agricultural Research and Extension Center in Suffolk are conducting field trials to examine a number of practices and compounds to control thrips in cotton and peanuts with some showing good promise.

Herbert said it is critical to look at all available control methods for thrips as there is growing evidence  in the U.S. cotton belt of neonicotinoid insecticide resistance.

“Basically, every cotton plant in the United States has come from a seed that has been treated with a neonicotinoid insecticide,” Herbert said. “Resistance was confirmed in many areas last year with the biggest problem in the Mid-South. But samples take last summer confirmed that there were resistant thrips populations as close to us as northeastern North Carolina. Right now, growers are pretty much 100 percent dependent on these seed treatments so the resistance issue could be very big. Our work is showing that there may be some possible solutions for this problem.”

For example, Radiant, Exirel, and Minecto are products marketed by Dow, Dupont and Syngenta that are new or soon to be registered for thrips control in cotton and peanuts. Herbert’s program is evaluating these ‘non-neonic’ options, as well as two of the standards, Orthene and Thimet.  Herbert said if farmers lose the use of neonic insecticides for thrip control because of widespread resistance, they will have to turn to these other options.

In one of the field trials, the foliar applications of Minecto showed good control of thrips, compared to Orthene and Radiant, Herbert explained. Using a thrips plant injury rating of 0 to 5, where 0 is no injury to a cotton plant and five is a dead plant, on the June 2 rating, the Minecto-treated cotton showed an injury rating of 2.8 after two foliar treatments.

That compares to a 4.3 rating on the untreated control cotton in the trial.  Herbert said there is a general consensus among cotton entomologists in the east that if the injury rating is three or higher, cotton yields will be reduced by thrips damage, so the 2.8 rating for Minecto is just under that wire. Thrips injury was reduced even further as the application rate of Minecto was increased, while there was some slippage of control with Orthene and Radiant, Herbert said.

Foliar on top of seed treatments

Researchers also examined the advantages and disadvantages of foliar options on top of seed treatments. Radiant, Orthene, Exirel and Minecto were all applied to Aeris treated cotton. In the test, all treatments were broadcast at first true leaf stage on May 22 and the results were gathered on June 2.

“Our results with Radiant show that we get better control at two or more ounces per acre. We continually see a little better response with those higher rates,” Herbert said. “Whether that’s enough response to be economical and pay back, we don’t know yet. We won’t know until we take the yields on it.”

Exirel also performed well with ratings of 0.75 and 0.8 for the 13.5 and 20.5 rates evaluated. As for Orthene, the thrips ratings also decreased with higher rates. At six ounces per acre, the injry rating was 1.12, and at eight ounces per acrethe rating was 0.75 on June 2.

“Going from 1.12 to 0.75 doesn’t sound like a lot, but it is and you can see it in the cotton,” Herbert explained. “At the low rate of Orthene, the cotton still looked good, but compared to the other treatments, there are a lot of plants where you can definitely see thrips injury on the second and third leaves.”

Herbert pointed out that Orthene has been the standard for thrips control in both cotton and peanuts for many years.

“We don’t have the hard data to actually come out and say it with a lot of affirmation, but I think we are seeing some slippage with Orthene,” he said.  “We used to put it out at four ounces, now we are putting it out at six and still seeing some slippage. We’re getting better control and eight ounces and many of our growers are now using even higher rates.

“If you look at the data, we’re also getting better control with the higher rates of Radiant. Exirel and Minecto are also coming in with good ratings,” Herbert said, adding that the chemistry of these two compounds is very different in how it acts in the plant.

“What we’ve seen with Orthene, is you put it on and it begins to fade. These other products have cyantraniliprole and the active ingredient. They tend to gain strength because they go on the plant and stay. We have seen cases where the ratings of Minecto and Exirel will get better as the others begin to fade out,” Herbert pointed out.