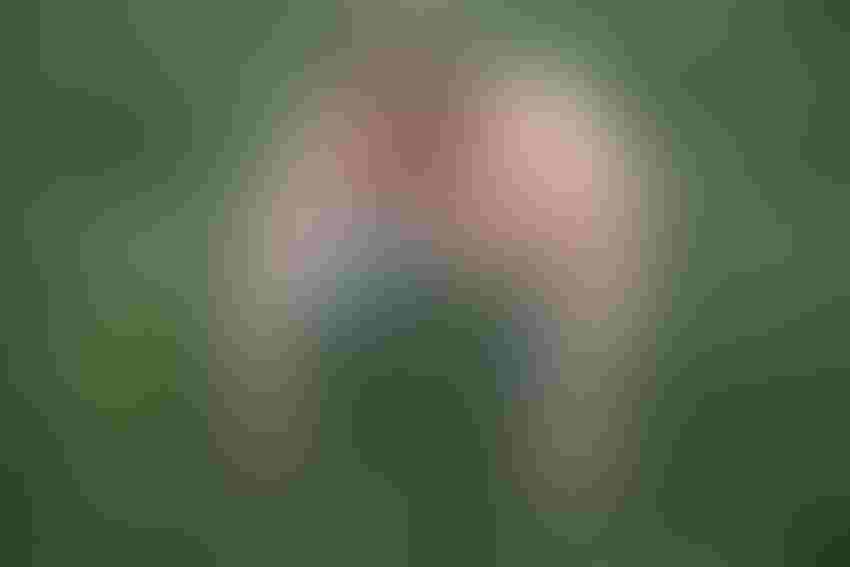 R.N. Hopper checks the boll load in a Petersburg, Texas cotton field. Hopper and his father Ronnie, maintain crop residue on the soil to improve soil health. Texas Tech professor, Bobbie McMichael, is evaluating the Hopper’s tillage and rotation system as part of residue management study. He reported some of the findings at the recent Beltwide Cotton Conferences in DallasSWFP file photo

The Texas Tech University biology professor, speaking at the recent Beltwide Cotton Conferences in Dallas, said residue from cover crops and from previous plantings with no-till and reduced tillage systems, offers numerous benefits to the soil, including reducing water runoff, improving infiltration, and limiting soil erosion. It also benefits the soil and crop in a less visible way, improving microbial activity, especially fungi, which he says are more beneficial to soil and plant health than bacteria.

McMichael reported on a study evaluating the effect of the daily temperature range on soil microflora. Kater Hake, vice president of agricultural and environmental research for Cotton Incorporated, was co-author of the study, conducted in the Texas Southern Plains.

The study examined the relationship of residue on temperature variability. Less variability, Hake says, increases bacteria and fungi in the soil.

Part of the study included tests on R. N. Hopper’s Petersburg, Texas, farm, where some fields have been in no-till production for 8 years to 10 years. Crop stubble accumulates from a three-way rotation of cotton, corn, and grain sorghum.  He plants winter wheat as a cover crop and terminates it in the spring. “R.N. says it took several years to build microbial biomass,” McMichael says.

A key factor in a farmer’s decision to use stubble may be moisture management, a significant factor when the residue comes from a winter cover crop, Hake says. Producers are concerned about the amount of soil moisture the cover demands to create adequate biomass.

Ale’s study shows an early termination date, late March, offers the best opportunity to develop adequate biomass without depleting soil moisture in most years. In 2012, seed cotton yields in the residue test showed significant loss because of poor rainfall in 2011 and into the winter of 2012.

Knowing when to terminate is a critical issue, Hake says. “R.N. Hopper knows when to pull the plug on winter wheat — he tracks moisture closely. Ale’s study shows that the big suck of moisture in a wheat cover crop comes in April and May, so terminating in March makes sense.”

“We are beginning to understand the need for stable DTR for the soil to be healthy. We develop a regime for really good fungi to thrive. The cover is important for better roots, better microbes, and temperature stability.”

Choice of cover is also important, Hake says. “Wheat provides adequate biomass, but does not share plant pathogens with cotton, so the residue does not harbor organisms that would infect the cotton crop to follow. We are still trying to learn more about pathogens in residue.”

The combination of residue and rotation helps Hopper improve production, McMichael says. He and Hake agree that Hopper and others who have made no-till and residue retention work are showing others the value of cover crops and maintaining old crop stubble.