While vast swatches of north Alabama had subpar-to-disastrous dry land corn and soybean yields, most cotton growers were harvesting one of their best cotton crops. 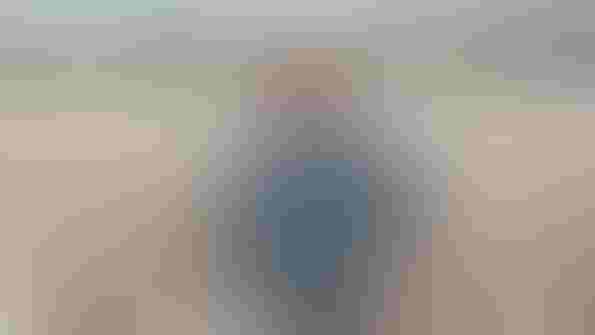 <p>Calhoun County, Ala.,cotton farmer Woody Cheatwood was shocked at how good his cotton yields were this year with the prolonged drought in north Alabama. He plans on planting more cotton next year.</p>

Cherokee County, Ala., grower Nick McMichen said, “We are fortunate and blessed to have this good a cotton crop. I can’t believe where it came from. My irrigated cotton was outstanding-3.5 bales per acre and it looks like my overall yield is going to be close to 1,400 pounds per acre. Cotton outperformed all my other crops hands down. My dry land soybeans averaged 28 bushels per acre and dry land corn between 90-100 bushels per acre.”

While vast swatches of north Alabama had subpar-to-disastrous dry land corn and soybean yields, most growers were harvesting one of their best cotton crops.

We, in Alabama and much of the Southeast, came into the planting season with adequate to good subsurface moisture. Cotton is a deep-rooted crop that is able to withstand drought much better than corn or soybeans. Mild temperatures and a few timely rains allowed most growers to get their cotton crop planted in mid-to-late April and May.

Cotton needs full sunlight for maximum photosynthesis. Photosynthesis is the process where the plant converts sunlight into sugars. These sugars are frequently called photosynthates, or carbohydrates, and are the energy source for the plant and bolls. Cotton compared to other broadleaf crops is relatively efficient in converting light to energy but poor when compared to monocots. The most efficient crops, such as corn and grain sorghum, can trap 3.5 percent of light energy. Cotton by comparison only traps 1.3 percent of the light energy.

One of the major reasons cotton production areas such as the western U.S. or Australia are generally able to produce much higher irrigated yields than the Southeast U.S. is they have much more clear, cloudless days and more moderate nighttime temperatures. On overcast days the cotton plant is starving for light. Low cumulus clouds especially restrict light more than high cirrus clouds. Clouds can be especially detrimental during warm weather because the cotton plant respires more, burning energy to stay alive rather than putting into boll production.

Sunlight, or solar radiation, is measured in watts-hour per square meter. The Sand Mountain Research and Extension Center in Crossville has been recording solar radiation since 2000 and this year we averaged 5 percent more sunlight during boll fill and opening (July-September).

Rich Lindsey, manager of Cherokee Gin & Cotton Company, said, “Growers have never experienced a fall like this where cotton opened, was picked and ginned without a drop of rain. The color grades have been great.”

The arid September through November has been a disaster for cattlemen wanting to plant fall grazing and wheat growers trying to plant but was a boon to cotton growers. Boll rot and hard lock, two of the biggest yield killers, was almost nonexistent. It is not uncommon to lose 10-20 percent of yield annually due to these two foes. We were also very fortunate to be protected from the hurricanes that devastated the crops in the coastal regions of South and North Carolina.

SMREC also recorded its warmest September on record. The average September temperature was 77.4 degrees (over five degrees higher than the average September temperature). The added heat units sped up boll opening and maturity as well as aiding defoliation. This was a definite bonus especially to mid-to-full season varieties which need more heat units to fully mature compared to early season varieties.

Auburn Extension entomologist Dr. Ron Smith attributes Alabama’s great cotton yields to primarily two factors: 1) tremendous varieties and very low yield losses to insects. In NE Alabama we had some moderate pressure from thrips early but plant bug and stink bug numbers were very low. Dr. Smith says, “Statewide yield losses from insects were in the 2-3 percent range, which is extremely low and some farms had losses were even lower than that.”

Dr. Tim Reed, Auburn Extension entomologist in Belle Mina, said, “In north Alabama our tarnished plant bug pressure was much lower than normal. The pressure was highest in northwest Alabama and the further you went into central, and especially northeast Alabama, the pressure from plant bugs was much lower. Last year we averaged three plant bug sprays in north Alabama and this year less than one.”

Dr. Smith said , “When we look at the fields making three and four bale cotton per acre, we didn’t see many missing fruiting sites. Almost every fruiting site had a big, fluffy boll.”

Target spot and other leaf diseases that plagued the coastal regions of the southeast were not a factor in north Alabama. The only leaf disease of any magnitude was Stemphylium, a potassium deficiency induced disease, brought on by a heavy boll load with a huge demand for potassium. Even though the potassium was in the soil, the lack of soil moisture meant it was not able to be transported to the roots.

McMichen says, “We are not going to see wall-to-wall cotton next year in our area but close to it at 85-95 percent. Die-hard grain farmers are looking at buying cotton equipment. The key factor is dry weather forecasts for next year and cotton performing better in drought than other grain crops. Plus, this year’s fall drought means quite a bit of our dry land wheat that is double cropped with soybeans won’t get planted. We will still see some irrigated soybeans. Ninety bushel plus soybeans can compete with three bale cotton.”

“I am planning on planting more cotton next year but I will still have some soybeans.” Woody said Cheatwood.

Eddie McGriff is the Alabama Extension Regional Agent for Northeast Alabama. He can be contacted at 256-557-2375 or e-mailed at [email protected]