The April adjustment in the U.S. old crop cotton numbers was decidedly bullish looking, and resulted from one large adjustment. U.S. exports were raised a significant 800,000 bales to reflect the strong recent pace of export sales. There were no adjustments to expected U.S. carry-in, production, mill use, or the “loss” fudge factor category. 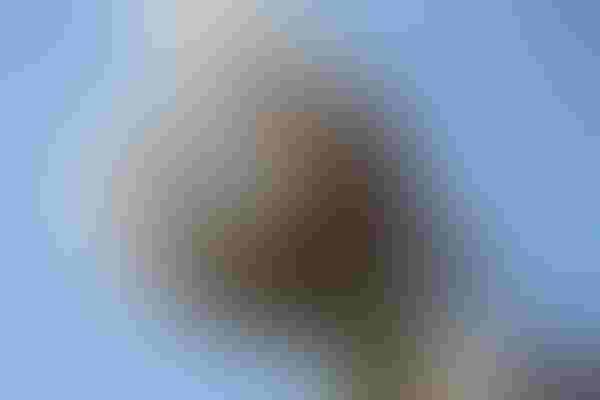 Quality U.S. cotton has found a home in the export market.

World consumption was slightly increased month-over-month, after some mostly offsetting adjustments. The trade categories were adjusted by 150,000 bales, reflecting small adjustments in a number of mainly exporting countries. After a small adjustment to the “loss” fudge factor category, the bottom line was a month-over-month increase in world ending stocks for 2016/17 of 430,000 bales. Such a monthly adjustment would historically be neutral to slightly price-weakening, all other things being equal.

The April adjustment in the U.S. old crop cotton numbers was decidedly bullish looking, and resulted from one large adjustment. U.S. exports were raised a significant 800,000 bales to reflect the strong recent pace of export sales. There were no adjustments to expected U.S. carry-in, production, mill use, or the “loss” fudge factor category.

So, the bottom line was a month-over-month 800,000 bale decrease in projected U.S. ending stocks, to 3.7 million bales. Such monthly adjustments would ordinarily have a positive price response, according to theory and history. As it was, the market apparently anticipated this old crop export adjustment by the higher prices seen in March (and the lack of post-report price response).

The most relevant aspect of the adjustment in U.S. cotton numbers is in shaping the supply forecast for the new crop balance sheet. Let’s assume USDA’s March 31 planting forecast of 12.2 million acres of all cotton. If you take USDA’s tentative (February) projections of 13 percent abandonment and 816 pounds per acre yield, you get a conservative estimate of 18 million bales of production. (It is not hard to shave the abandonment percentage, raise yield 40 pounds, and get a 19 million bale crop.)  Combining new crop production with the carry-in of 3.7 million gives a healthy supply of 21.7 million bales.

On the consumption side, I expect domestic mill use to hang in there under 3.5 million. The real wild card is U.S. exports for the new crop market.

The old crop market has been driven by a boom in U.S. exports. This is reflected by a seven-month uptrend in both price and export sales, representing an expansion of the demand relationship. I would attribute most of this expansion to the particularly good, and widespread, quality of the 2016 U.S. crop.

Will this effect continue at this high level? To the extent that the greater export demand for U.S. cotton depends on the U.S. actually having the biggest supply of quality cotton in a given year, it remains to be seen whether the U.S. will retain this larger market share. We don’t know what the quality of the 2017 crop will be.

However, market share may be influenced by more longer-lasting things, like the reputation of the sourcing country, and the expanded relationships between suppliers and buyers. Perhaps then there will be positive spillover into the new crop marketing year that is somewhat independent of the specific quality of 2017 U.S. cotton supplies.