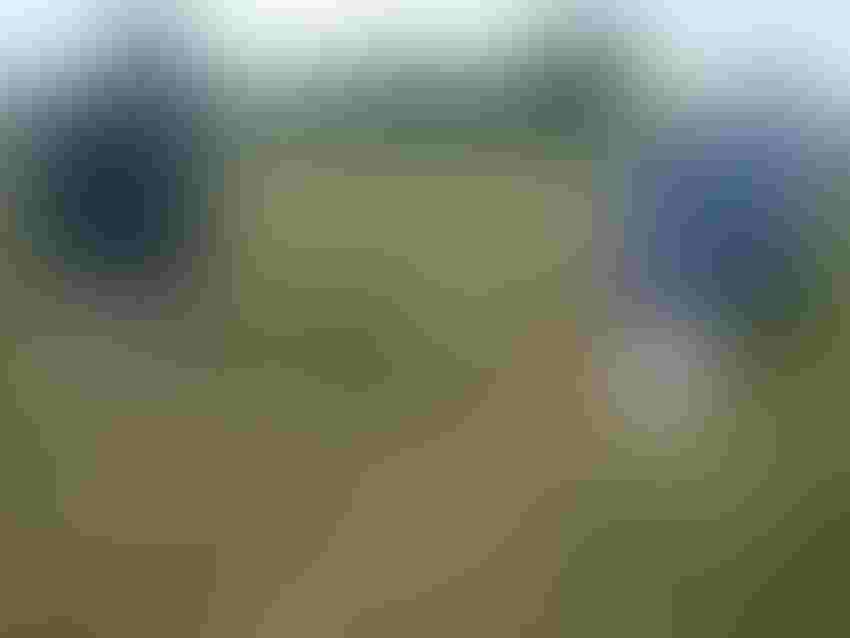 Dryland foot rot, a wheat disease that resembles sulfur deficiency, appeared in at least one part of the Southeast this spring.

“I have also seen this problem in Dillon County in 2010, when weather conditions were similar to this year – cold, wet weather followed by warm dry conditions,” she says. “The plants showed signs of sulfur deficiency, with bright yellow upper leaves and green lower leaves. The plant produced a head and it turned white but it wouldn’t fill out.”

But soil tests showed that sulfur was not deficient in the soil. “This tells us that something is wrong with the roots. The nutrients are there but the plants can’t take it up.”

It was identified as dryland foot rot, also known as Fusarium stem rot and crown rot.

Every time DeHond has seen this condition, it has been in drier, sandier parts of a field, or on sandy ridges in a field that has been bottom plowed.

“There is no quick fix,” she says. “Don’t make a nitrogen application. It can injure the plants.” The good news is that not a large percentage of fields is affected, and. it won’t spread through the field, she says.

There are some ways to reduce the damage or prevent it from recurring, said DeHond:

Acid rain not all bad

Supplying wheat with sulfur used to be a lot easier.

“Until a few years ago, we had sulfur in effect falling from the sky,” says Don Nicholson, regional agronomist for the North Carolina Department of Agriculture. “We might get 8 to 15 pounds per acre of sulfur coming down in precipitation thanks to the smoke stacks of the northeast.”

It was basically a case of mild acid rain, he says.

“Those situations have been cleaned up and now we don’t get that sulfur anymore. If you need it, you have to put it on with your fertilizer products.”

And soil samples show a lot of fields need it.

“We have recommended sulfur frequently this year,” says Nicholson. “Sulfur lets the plant utilize the nitrogen that is there. With insufficient sulfur, what you end up with is a yellow crop.”

Tony Ross of Carthage, N.C., said late in April that his wheat showed symptoms of sulfur deficiency this spring.

“Because of the cold and wet conditions, we couldn’t topdress like we wanted to,” he remembered. “We had to do it late. We had so much rain all during the winter that it depleted the sulfur and other trace elements.”

He wound up with spots that were yellowing with streaks. “We went back in with a supplemental package that had a high rate of sulfur. The color evened out, but we will have to see what the yield effects were.”

“Most of the agricultural soils in North Carolina will have adequate to high levels of available sulfur, sandy soils with low levels of organic matter usually are deficient in sulfur because it is water soluble and easily leached,” says Weisz. “On sulfur-deficient soils, 15 to 25 pounds per acre can be applied at planting or with the nitrogen sidedress.”

Sulfur should be applied before jointing to avoid crop damage and increase the likelihood of an economic response, he adds.