After fields were hit by insect damage and hailstorms this year, Nebraska growers are seeing a higher incidence of mold on corn ears. 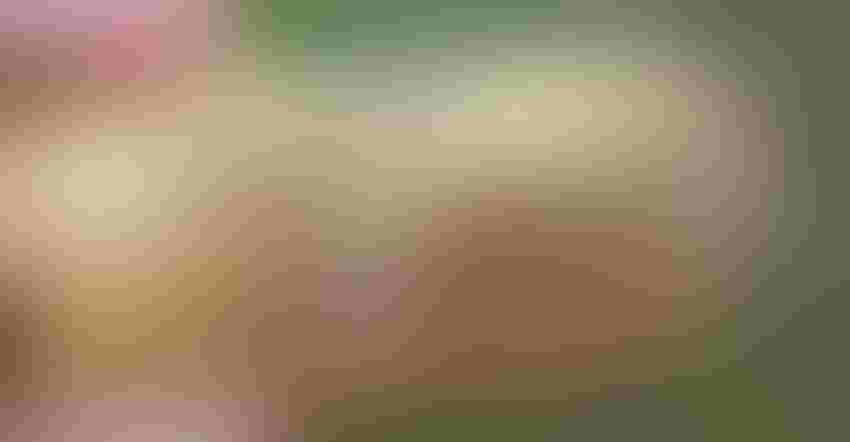 DIPLODIA: A corn ear shows signs of diplodia and sprouting. Diplodia can spread quickly among kernels in a grain bin, reducing kernel weight and causing them to shrivel.Jenny Rees

While record production and above-average yields have been projected for Nebraska corn, this year's growing season has taken its toll on corn ears in some parts of the state.

Some fields, particularly in eastern Nebraska, dealt with large hail events. For others, it was drought stress or insect damage — mostly corn rootworm, but a few cases of fall armyworm and corn earworm in seed corn. All of these stressors have led to a higher incidence of corn ear molds this year in Nebraska.

"It's very widespread this year. We're hearing a lot about insect feeding on ears throughout the state. Most of the time, the fungi is concentrated around where the insect was feeding or where hailstones hit ears," says Jenny Rees, Nebraska Extension educator. "We had a lot of late-season rain, so we saw water getting in the base of the ear, and that's where we saw kernel germination and diplodia starting to develop."

Aside from the more immediate impact on yield, there are long-term implications for stored grain. This includes grain that's out of condition, resulting in dockage at the elevator. It also reduces the value of grain sold for livestock feed, even making the grain unsalable. However, additional problems can arise, depending on the cause of the mold.

"From what I've seen, the majority of the grain that's infected is infected with fusarium," Rees says. "Fusarium doesn't explode in a grain bin like diplodia, so that's a blessing. The problem with fusarium is it doesn't always, but can have a mycotoxin associated with it." 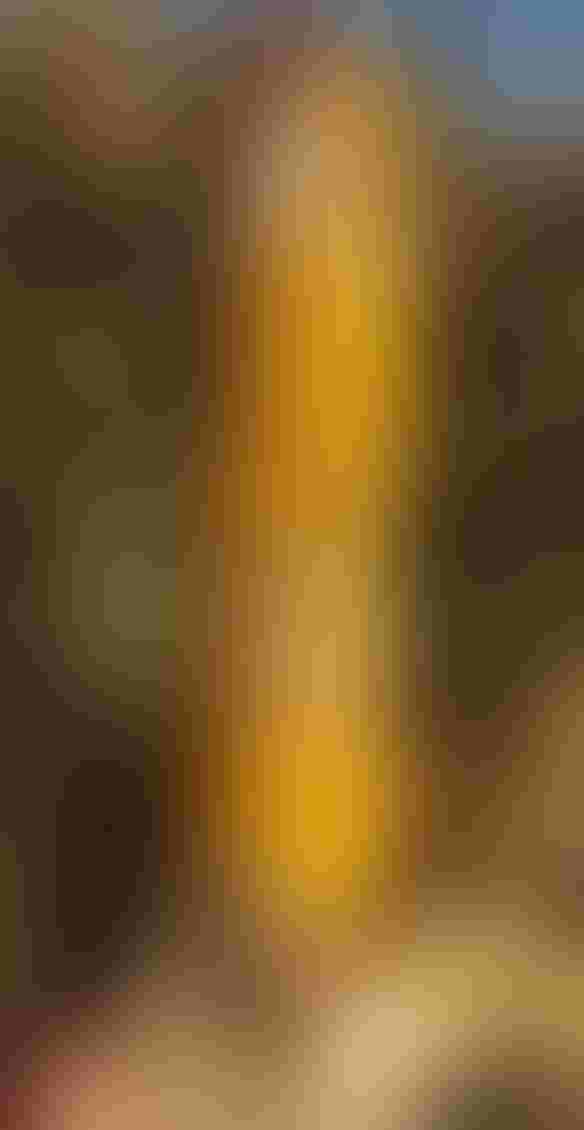 WIDESPREAD MOLD: Fusarium infects this corn ear, spotted with white and pink mold, as a result of hail and insect damage. Due to a higher occurrence of insect damage and hail events in Nebraska, growers have reported more issues with corn ear molds.

But just because kernels are infected with fusarium, it doesn't necessarily mean there's a mycotoxin issue. To be sure, it's best to have it tested at a local grain inspection lab.

"If it's diplodia, it can spoil a whole bin of grain very quickly. Diplodia takes over that kernel, takes all the weight out of it and shrivels it up," Rees says.

So, if corn ears are affected by mold, it's important to dry grain to the adequate moisture level and store it properly. With this year's corn crop maturing ahead of normal, growers are harvesting at warmer temperatures — a recipe for grain spoilage, and another reason it's important to get it dry and cool as quick as possible.

Ken Hellevang, North Dakota State University Extension engineer, notes the typical recommendation is to dry corn to 15% moisture as soon as possible to prevent any additional mold growth. However, when storing grain over the long term, it's best to dry it to an even lower moisture.

"Fifteen percent is great for winter when we can keep it cold, but the 14% moisture range is a safer storage moisture content," Hellevang says. "If you're thinking of storing it into spring and summer, there are several things to keep in mind: We need to probably have a moisture content around 13%; we need to manage that grain with an aeration system to keep it cool as long as we can; and we need to realize we're going to be looking at a shorter storage life."

Aeration is also key. Without aeration, hot spots can develop, producing heat and more moisture, which speeds up deterioration and allows more fungi to spread.

"Molds produce spores, which are seeds for mold growth to move to another area. They need moisture in order to grow," Hellevang says. "It all comes back to the moisture content of the corn. They say mold is ubiquitous. There are molds in the air all the time, it just needs moist material to grow on. If we have wet corn in the bin, we're going to have lots of wet material to grow on."