Overall SW wheat crop will be below average.Some areas will harvest decent yields.Drought and freeze damage cut yields significantly in some locations. 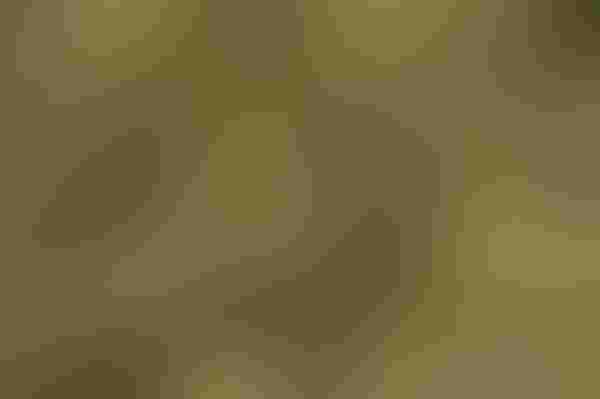 <p> SOUTHWEST WHEAT will make lower than average yields cross most of the region. A few areas will make decent yields.</p>

As Southwest farmers begin or near wheat harvest, many, probably most, are looking at yield potential below average and some have already baled or abandoned significant acreage. Others may opt to plant a summer crop on failed acres.

He says farmers have the potential to harvest “50 bushels or so per acre in the Enid area and along 81 down to Chickasha. I looked at some 70 plus bushels per acre wheat in Northeast Oklahoma, but there is not sufficient acreage in that part of the state to impact total bushels by much.”

And across much of the state, conditions are much worse.  “Many acres in the southwest and far western Okla. will be baled or abandoned due to the combination of drought and freeze,” Edwards said.

And other problems contribute to farmer woes. “We have had a lot of powdery mildew, septoria, tanspot, and stagonospora this year. We have not had much leaf or stripe rust and I don't think either will be a major issue in Oklahoma this year.

“Overall, I think we are on our way to a well below average year. (In mid- May) the temperatures are above 90 Fahrenheit and the winds are blowing. I looked at a lot of wheat recently with flag leaves rolled. Just a couple of weeks ago this same wheat was on its way to a nice grain fill.”

The biggest wheat producing areas in Texas also look less than promising. Clark Neely, the new Texas A&M AgriLife Extension small grains and oilseed specialist, who works out of College Station, says, “The current state of the wheat crop across Texas as a whole is not good in the largest production regions. According to the National Agricultural Statistics Service (NASS), the estimated bushels of production in the Panhandle is only 23 percent of 2012 production and most of the Rolling Plains will be lucky to make 50 percent  of last year's crop production,” Neely said.

“Many fields have been abandoned for grain (I do not have a current estimate) and either grazed or hayed for forage or plowed under to recover some of the nutrients in the above-ground biomass.”

He said observations at recent field days in Chilicothe and Lockett indicated “a lot of fields in that area would make around 20 to 25 bushels per acre. The drought and multiple freezes had definitely taken their toll on the crop. Because the weather remained cool after the freezes, it allowed some compensatory growth and yield in younger tillers, which is the main reason yields were as high as they were in this region.”

Some areas to the south show more promise. “Much of the Blacklands is in decent shape, despite some losses during the first bad freeze in late March. The best wheat can be found north and east of the Dallas area. A number of fields I saw recently in Lamar, Grayson, and Collin Counties will top 60 bushels per acre and some may approach 70 bushels. Freeze damage became more consistent around the Cooke County area and west.”

Neely said much of the state finally received some “welcomed rain over the past week; however, most of the Panhandle and Rolling Plains—the areas most in need of it—received very little in most cases. There have also been reports of hail damage around the state; however, I do not know to what extent. The wheat nursery in Castroville was completely hailed out last week and I heard of some fields suffering from hail damage in Milam County.

“Daniel Heathcote (Texas AgriLife Extension) was harvesting the first plots of the year recently in Colorado County, near Eagle Lake, and we anticipate wheat harvest in College Station to begin sometime towards the end of this week. I saw a lot of fields from I-35 that were completely golden last week and I expect harvest in Central Texas will begin in earnest the final week of May.”

Summer weather will speed maturity, he said. “Even though much of the wheat crop in North Texas is only in the milk stage, temperatures in the high 90s and even a few triple digits are expected for highs this week, which is going to turn the crop quickly.”

Neely said seed availability for hard wheat next fall may be an issue. “Efforts are being made to recertify certain fields to help with the shortage.

“For more details on the current state of the wheat crop see http://wheatfreezeinjury.tamu.edu, where Calvin Trostle and I have been posting updates on our observations across the state over the past couple of weeks.”

Not much freeze-damaged wheat likely to be replanted to cotton

Wheat: maybe it’s not that bad?