The sugarcane aphid will stunt and delay grain sorghum and have the potential to cause incredible damage. 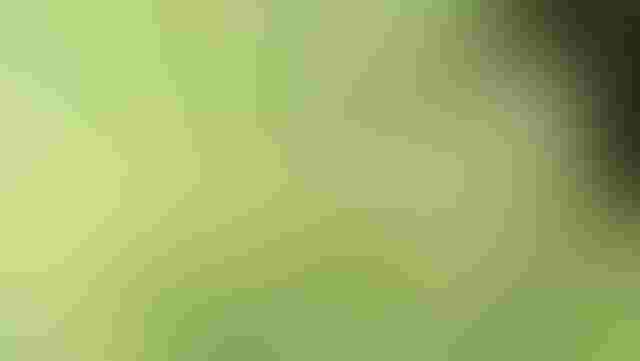 <p>SUGARCANE APHIDS MADE a strong impression on Southern grain sorghum producers in 2014, and it&rsquo;s expected to be a problem again this year.&nbsp;</p>

To be a relatively new pest, the sugarcane aphid has certainly made a strong first impression on many Southern grain sorghum growers.

“It caught growers’ attention pretty quickly,” says Scott Stewart, University of Tennessee Extension entomologist. “It first showed up in Tennessee this past August, but it was obvious that it had been present in some areas of the state prior to that time.”

The pest is a light or yellow-colored aphid, similar to other aphids in size and appearance, says Stewart.

“We call it the sugarcane aphid, but I’m not 100-percent sure we’ve identified it correctly. All evidence indicates it is a sugarcane aphid, but something is different about this one. The sugarcane aphid itself has been around for a long time and has been in Louisiana for 10 to 12 years, but it hasn’t gotten on sorghum in an extensive way. So something has changed. Either we’ve had a host jump from sugarcane to sorghum, or a new biotype has somehow been introduced,” he says.

Sugarcane aphids have been found on different host plants throughout the world, says Stewart. It was in Louisiana in 2013, before it started marching eastward.

In early August this past year, it started out just across the river from Memphis, he adds. It also showed up in parts of Mississippi, Alabama, Georgia and Florida.

“The greenbug also is found in sorghum, but it doesn’t tend to occur in large masses. The yellow sugarcane aphid also occurs in low numbers. Big colonies of sugarcane aphids tend to be yellowish in color and can be whitish, while the cornleaf aphid is more greenish in color,” he says.

The sugarcane aphid has a lot of population growth potential, says Stewart, and it reproduces asexually. It gives birth to live young, 30 to 60 per insect. Like most aphids, it feeds on sap or phloem and produces honeydew, feeding primarily on the undersides of leaves and stems.

“Occasionally, we’ll see it on the tops of leaves. If a toxin is involved, it’s not acute in nature. You’ll see reddening, purpling and necrosis of plant tissue. It seems to do well when weather conditions are hot and dry, and it’s also worse when sorghum populations are a little bit lower. That may be related to it being a little drier in those environments. It’s also worse in field edges, so edge treatments may be called for to catch infestations early enough.”

Not much is known about the sugarcane aphid’s overwintering habits, says Stewart.

“It’s not thought to tolerate cold winters, but that’s not for certain, and it’s clearly capable of rapid spread or re-infestation. Now that it’s more widely distributed across the South, it’s more likely to blow up more quickly. So the threat potential is higher now than it’s ever been. It will get on grain sorghum, sweet sorghum and Johnsongrass, and it’s difficult to control with insecticides. There are a number of beneficial insects, including lady beetles, but we have not seen a beneficial fungal disease like with cotton aphids.”

You might see honeydew and shed skins on top of the leaves of a grain sorghum plant, says Stewart. They will stunt and delay grain sorghum and have the potential to cause incredible damage.

“If you start seeing more than 100 aphids per leaf, you begin seeing some pretty drastic reductions in yield, up to 60 percent.”

One of the larger issues other than yield loss, stunting and plant death is the harvest issue, says Stewart.

“Honeydew and mold may interfere with glyphosate uptake when you’re trying to desiccate the crop. Aphids and honeydew on leaves clog combine screens. After desiccation, aphids will start to move up, trying to find something green to feed on and clog the combine. You can lose as much as 50 percent of your grain harvest during this time.”

Insecticide seed treatments can have some value in controlling sugarcane aphids, at least early on, says Stewart.

“The neonicotinoid insecticides may have some activity, and Transform WG has provided very good control. A lot of our standard products that are labeled in grain sorghum – dimethoate, malathion, Lorsban – are not good at all. Intruder, which is good on cotton aphids, has consistently been poor on this aphid.

“Not everything kills this insect, and some things make it worse. Our data has shown that depending on the aphid growth phase and the stage of the sorghum, some treatments look good some of the time, but they may not look good at other times. The ones that have been most consistent have been Transform WG, Admire Pro, and Centric.

Transform has been granted Section 18 emergency use exemptions in most Southern states, and several states have submitted Section 18 requests for Centric. Another promising insecticide, Sivanto, has received full registration.

“Some other products just aren’t giving us enough control. The way these insects reproduce, if you leave half the aphids in the field, you aren’t going to make much headway.”

“At the end of the day, probably the way we’ll solve the sugarcane aphid problem is with hybrid or genetic resistance. In many cases, growers needed three insecticide applications this past year.”

An insecticide seed treatment offers a 40 to 45-day suppression of sugarcane aphid infestations, says Stewart. “If aphids are present in the field, you probably need to be scouting twice weekly. If you don’t have sorghum midge, don’t spray for it. We can create a problem quickly by putting out a pyrethroid.”

Earlier planting might help to avoid this pest, he says. “As far as action thresholds, we really don’t know as much as we’d like to know. I’ve heard recommendations of 100 aphids per flag leaf, 30 percent infested plants, and aphids on most plants in the field with some plants having 100 or more aphids per flag leaf. You don’t want these pests getting very thick.”