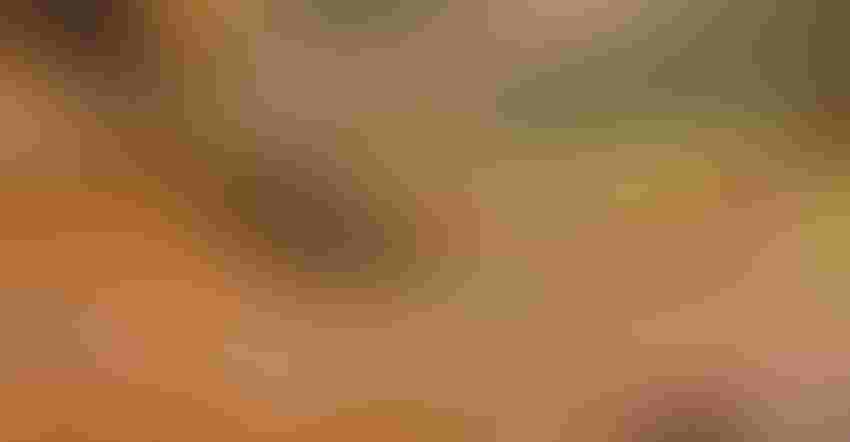 FLARE-UPS: Tar spot and southern rust didn’t cause widespread yield losses, but they made their presence known in 2019. Here is tar spot under study in Darcy Telenko’s Purdue University lab.

Tar spot came in late this year. We also saw rust — not sure if it was common or southern. Yields weren’t hurt much, but should I make changes for the future?

Gauck: These diseases are now part of scouting every year. Confusion between southern rust and common rust is very widespread. Because of the yield impact difference, I would encourage educating yourself on how to identify each.

Timing of when southern rust and tar spot come in will be important for planning a fungicide application next year. You’ll need to continue to scout and make decisions based on disease pressure, growth stage and the weather forecast. It’s easier to budget for an application now and not use it then to add it to your budget when diseases arise.

Like: If you look back 10 years, these diseases weren’t on our radar. As we move forward, these diseases very likely will spread to a larger geography and increase in severity.

Be proactive and develop a robust scouting program to catch disease before it’s widespread. Also, begin routinely checking news sources for the latest reports on disease development. Lastly, have a plan to quickly apply a fungicide if warranted.

In deciding if treatment is cost-effective, consider the condition of the crop. It would make more sense to pull the trigger to protect a 250-bushel-per-acre crop as opposed to a 140-bushel crop.

Most tar spot in Indiana was in the northern third of the state, but it was confirmed as far south as Knox County. Tar spot symptoms increased at full dent and after. The potential to see earlier incidence, particularly with late planting, never quite materialized. This was likely due to extended periods of warm, dry conditions. Had infection occurred earlier, we would have seen significant yield losses on untreated acres.

How should a farmer plan for 2020? First, evaluate hybrids for susceptibility to tar spot so you know where to focus scouting. Second, scout fields beginning at V5 to V6, and continue through dough stage. The earlier tar spot occurs, the more yield loss.

Third, apply fungicide as needed. Optimal timing for fungicide treatment is normally around full tassel to silking. Early or later timing may be needed depending on when tar spot appears.

Southern rust can have the most impact on yield and can increase rapidly under the right conditions. Hybrid selection, scouting and timely fungicide applications are keys to managing it.

Physoderma brown spot seems to be increasing. The pathogen can impact leaf tissue and cause node rot one to two nodes above the soil surface. Fields should be checked for node rot as stalks become very brittle and snap off with winds.