The proper use of irrigation can help corn producers capture the maximum amount of yield from improved hybrids. 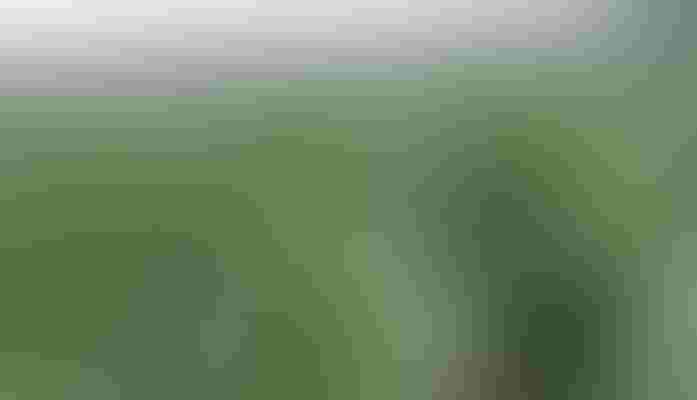 When you’re planting corn hybrids with the potential of yielding more than 600 bushels per acre, your irrigation focus should not be on increasing yield but rather on capturing it.

“In the last two years in Georgia, we’ve averaged about 180 bushels of corn per acre,” says Dewey Lee, University of Georgia small grains agronomist. “And the reason that trend line is so sharp is because of irrigation.”

And while irrigation might not have been much of a factor during the rain-filled summer of 2013, it is in most years.

“With irrigation, we’re able to avoid some of the stresses that limit yield potential, and that’s what we have to do. Irrigation is a tool in managing the corn plant to capture maximum yield. We don’t increase yield, but we capture it,” says Lee.

It’s important, he says, the growers learn about the physiology and development of the corn plant. “When you know how this crop grows, you’ll actually learn what inputs are necessary, and what you can do to maintain yield potential. It’s up to us how to use water.”

One-inch of water in the life of a crop can easily return 8 or 9 bushels of corn, says Lee. “Even with $4 corn, we’re talking about a $32 return per inch of water that we apply. That’s a no-brainer since it doesn’t cost us nearly that much. Water is literally an investment,” he says.

The basic strategy for corn production is “what you do, when you do it, and how you do it,” he continues.

“It’s all about understanding growth and development, and then balancing the costs of production. We can throw the kitchen sink at it, but is it profitable? One of the things about irrigation is learning how to use this tool – and it goes along with learning to use the planter, the plow, the sprayer and the combine. It’s just one of several tools, but it is all about reducing plant stress.”

Growers should understand the stages of a corn crop, he says, and the water use requirements at each stage. “By the time you get a plant that’s 13 to 14 inches tall, you’re at a V6 stage, and that crop is no longer making leaves. It’s done, and now you’re making a tassel and the ear.”

Lee sees a few common irrigation mistakes each year, including allowing the plants to stress. “How many times have you heard this before – ‘I want the crop to stress a little bit, and I want those roots to go down and find that water.’ But it doesn’t find water, it grows through water. It doesn’t grow through dry dirt.”

The V6 stage is determined by looking at the upper most leaf that has a visible collar.

“This light green collar is just like the collar on a shirt – the neck or stalk of the plant is nested within it. If you see this collar, that’s where your stages begin, from there up. All of these leaves and cells are expanding, and we want to think about that timeline. Because at this point, you have a tassel, an ear and kernels are growing until you get to the silking stage.”

If you’ve got an irrigation system with no restrictions, then you should never allow the corn plant to stress – not ever, says Lee.

“Any stress is negatively affecting the yield potential of the crop. If you lose yield, you’re losing money and returns. When the black layer forms on the corn plant, it no longer absorbs water. So that’s when you shut it off. The two most common mistakes of irrigation are not applying enough of it or not keeping it on long enough.”

Irrigation capability and efficiency, soil type, and soil intake capacity are other important factors in the irrigation equation, says lee.

“You need to know how much rainfall you’ve received and how much irrigation is needed to make up the difference. Your management time is also important, because sometimes you may need to get up at 3 or 4 in the morning to switch pivots. When you farm, you do whatever is necessary to reach that yield potential.”

“Evapotranspiration is the loss of water from the soil, and the loss of water from the plant. At silking, rates can exceed a little over 1/3 inch of water per day. As temperatures rise, and you have lower humidity and windy conditions, the amount will increase. If you multiply that by seven days, that’s almost 2 ½ inches of water. And I promise you that none of our soils have that kind of holding capacity, so we have to irrigate.”

Unlike this past year, the needs of the plant often exceed natural rainfall, so you need to think about how to eliminate stress on the days that you don’t receive rainfall, says Lee.

Today’s sensor technology allows growers to get a snapshot of what’s going on underneath the soil, he says. It allows you to see the daily use of water, which will help you to save water and increase efficiency.

“I don’t like visual cues to water stress because that means it’s too late. Water regulations might limit us somewhat in the future, but for now we want to use water efficiently and effectively.

In our research, we have placed sensors at 6, 12 and 18 inches in the soil. With shallow soils, you might go 5 and 10 inches. The idea is to understand water use and keep an eye on it.”

Hybrids today are far superior to what they were 20 years ago, so the effect from irrigation probably will be greater as a result, says Lee.