New hybrids got a real test the past two seasons with good results. 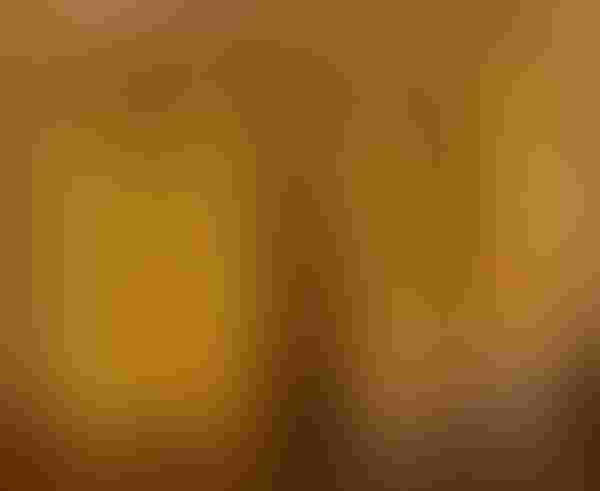 Here’s what growers have to say about their field test experiences with this new seed technology:

Clay Scott of Ulysses, Kan., was among a group of 250 growers who last summer tested Monsanto’s DeKalb Genuity DroughtGard hybrids, slated for introduction in 2013. ”We had our second year of extreme drought along with all-time record heat,” says Scott.

With no moisture carried over from the previous year, Scott applied a small amount of irrigation so the seed would emerge, and about 5 additional acre-inches during the growing season. High temperatures during pollination ranged from 108 to 114 degrees F. At harvest, in spite of the harsh conditions, the plots averaged 89 bu./acre, with the best DroughtGard hybrid yielding 105 bu./acre.

Water supplies were very tight in southwest Kansas, notes Scott. “I was disappointed that I didn’t have enough water to see the yield potential. It was a good test, with a brutally hard finish.”

Maximizing the effectiveness of water is crucial for Scott and many others in the western Corn Belt who rely on the rapidly shrinking Ogallala Aquifer. “This is a product that we need to meet the food and feed demands we’re facing around the world,” he says. “I anticipate planting (these drought-tolerant hybrids) them on all my acres and either stretching the water over more area or reducing irrigation, but still seeing the same or more bushels per gallon of water.”

Despite that, Timm’s test plot yields ranged from 128 to 158 bu./acre, with most in the 141-145-bu./acre range. “I was amazed, considering the hot, dry July and because it was planted corn-on-corn. The test plot out-yielded my other corn planted in soybean stubble.”

“All the hybrids performed extremely well in terms of stalk strength, root health and standability,” he says. “The shorter-season hybrids showed signs of stress earlier and yielded less than the 111-113-day ones, which topped the plot and are the best fit for northeastern Nebraska.”

In 2013, Monsanto will conduct a stewarded commercial introduction of the DroughtGard system in South Dakota, Colorado, Kansas,Oklahoma, Nebraska, Texas and western Missouri. “Due to pending import approvals in key export markets, farmers who purchase DroughtGard hybrids must sign a stewardship agreement committing to use the grain as on-farm feed or to sell the grain for domestic use,” Edge explains. While Monsanto anticipates all key regulatory approvals to be completed during 2013, the company will work with farmers and the grain trade to assist in identifying domestic markets until all such approvals are received.

The DroughtGard trait will be available primarily in Monsanto’s DeKalb hybrids in 2013, with limited availability in the company’s other seed brands and licensees.

There wasn’t much subsoil moisture available at planting,” but Malone was able to plant three weeks ahead of normal, so his corn tasseled on July 4. “It was around 100 degrees with no wind to cool it down at night,” he says. “The earlier maturity hybrids did very well, mostly yielding 140-145 bu./acre and all within 3-5 bu. of each other. The AgriSure Artesion hybrid yielded 162 bu./acre.”

Malone is enthusiastic about harvesting consistently higher yields from drought-tolerant hybrids. “The revenue impact could be a huge. In my case, if I had an additional 18-20 bu./acre that I could count on from the 101-day hybrid, at today’s prices, that’s $140 more/acre.”

Malone also observed better hybrid performance when water was over-abundant. “On some parts of my farm, I have areas that can flood. When I had too much rain in the low ground, the hybrid handled the excess water, and on the hilltops it handled a lack of water. It has the ability to shed water as well as conserve it.”

Based on data available in late October, the drought-tolerant corn hybrids yielded about 20% more than traditional hybrids under moderate and severe drought stress in 2012, with one producing 25% higher yields, Fithian says.

Hybrids with Agrisure Artesian will be available from Syngenta’s Garst, Golden Harvest and NK dealers in 2013.

Lee Lubbers of Gregory, S.D., and his brother, Terry Lubbers, grow dryland corn in a region of South Dakota that historically experiences more dry years than not. “In a normal year, we receive about 20 in. of precipitation and corn yields 80-130 bu./acre,” Lubbers says. “In 2012, fields received only 2.5 in. of rain or less during the entire growing season and experienced more than 30 days of temperatures over 100 degrees F.”

Five years ago Lubbers was invited to join a DuPont Pioneer grower focus team that provided input as the company developed its Optimum Aquamax drought-tolerant hybrids.

“The team included farmers from North Dakota to Texas picked because we all farm in areas at highest risk for drought,” Lubbers says. In addition to providing initial direction to breeders, members of the focus team grew strip trials of the Aquamax hybrids in 2011 and 2012.

Lubbers planted a 5-acre Pioneer Intensively Managed Product Advancement Characterization and Training (IMPACT) plot in 2012. “IMPACT plots are the final phase of testing before commercialization,” he says. “Along with the Aquamax hybrids, the plot included current Pioneer products, competitors and drought-tolerant hybrids in development to become the next generation of drought-tolerant offerings from Pioneer.”

He says he has observed a pronounced visible difference between the Aquamax hybrids and conventional hybrids planted side by side. “We were cutting wheat on a 100-degree day across the road from the strip trials, and could see exactly where the Aquamax was planted. The tassels on the conventional hybrids were drooping, but the AquaMax hybrids were green and looking good.”

Skeptical that the hybrids would yield much in the severely harsh conditions of 2012, Lubbers was surprised with the fall results. “The Aquamax hybrids yielded 70-80 bu./acre with only 1.5-2.5 in. of rain during the growing season. They also had better season-long stay-green, more root mass and better ear set.”

Pioneer has released 25 Aquamax hybrids in the last two years and expects to increase its offering for the 2013 growing season.

The science of breeding in drought tolerance

“The most significant thing we saw here was better kernel set among the drought-tolerant corn compared to the check hybrids,” says Xue.

Becker adds, “Drought-tolerant hybrids really do well at exerting silks, even during very harsh conditions, at the same time tassels are shedding pollen. Many hybrids may even sense moisture deep in the soil and develop root systems that can seek out water.

“It is very challenging to breed for drought tolerance,” Becker says, explaining that all seed companies employed genetic mapping to identify the various genes that control how plants react to stress. “Syngenta and Pioneer have taken a native approach that uses genetic markers to cross germplasm lines containing certain genetic characteristics with others known to have good drought tolerance. While also using genetic mapping, Monsanto’s DroughtGard hybrids are the result of a single gene event created using biotechnology to transgenically add to corn drought tolerance genes found in bacteria,” he says.

“We had more stress in 2012 than I’ve seen in the 34 years I’ve been in this business, both from lack of moisture and what the heat and wind did to the crops,” says David Green, Servi-Tech Crop Consulting and Agronomic Services territory manager for northeast Colorado, southwest Nebraska and northwest Kansas.

“The drought tolerant hybrids that are coming out now are better adapted to our growing conditions because the companies are capitalizing on the potential for growing corn in this area and have moved their breeding programs further west,” he says.

“We need different hybrid characteristics than Illinois, Indiana and Iowa. We’re definitely lower in rainfall and humidity, hotter during the day, cooler at night and all at higher elevations,” he says.

“Breeders are also making it possible to plant corn where we would not have dreamed of planting it 20 years ago,” he says.

Green creates agronomic programs for Servi-Tech’s crop consulting clients. “As we evaluate new technology, the only things we initially concern ourselves with are: ‘Will this help the farmer stay in business? Will the farmer be able to sell a crop profitably and come back next year and do it again?’

“We want to count on the corn in stress conditions but also leave ourselves open to top yields when the weather is good,” he says.

When evaluating drought-tolerant hybrids, Green recommends looking at the size of the root system and the number of days silks are viable during pollination. “Instead of being two days, will the product have a pollination window of four to six days?”

He emphasizes that the drought-tolerant hybrids still need water to produce a crop. “I don’t know that drought tolerance is a miracle, but there’s no doubt it’s an improvement.