One of the most troublesome recurring problems in corn weed control is the failure to start clean.Growers and consultants shouldn&#39;t always assume that early season problems are related to herbicide failures.Herbicide drift can be a problem in corn fields, especially when planted adjacent to cotton. 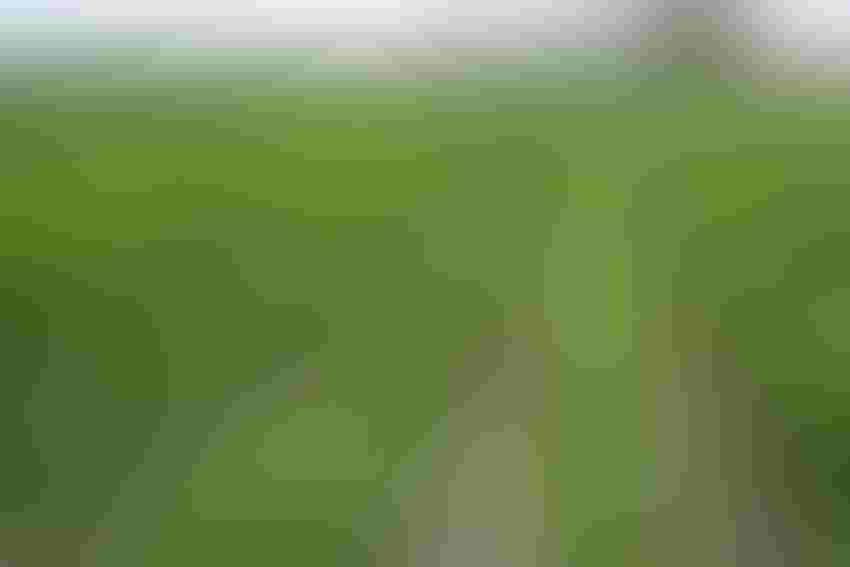 “From March until October, I probably spend almost every day out in the field rating plots, spraying plots or going to look at farmers’ fields, and this is what I’ve seen,” says Prostko.

It’s imperative, he says, that corn producers start with clean fields, whether they’re dealing with pigweed or other species.

“This is the No. 1 problem I see whenever I go to field, especially as it relates to herbicide failure. Either the grower didn’t do an adequate job controlling weeds before planting or at the time of planting. If we don’t do it well then, we won’t do a good job for the remainder of the season. Whatever it takes, whether it’s a herbicide treatment, tillage or cover crops, we have got to start clean, not only in corn but in all row crops,” he says.

This past year, Prostko says a large-acreage corn grower called him and reported a herbicide failure on pigweed. “The weeds were too large by then to control adequately with a residual herbicide, and he obviously had not done a good enough job controlling the weeds at the time of planting.”

Growers and consultants should not always assume that weed problem – especially early in the season – is herbicide failure, he says.

“We plant corn early in the Southeast, and weather conditions are not always favorable. Cold, wet weather can result in a lot of different problems. If you’re a grower or a consultant, and you’re going to look at a crop early in the spring, don’t always assume the problem will be herbicide failure. I’ve been doing Extension work for more than 20 years, and in most cases, it’s not herbicide failure. It’s some other problem, like nematodes, for instance. Herbicides can cause injury, but in a lot of cases there’s something else going on.”

Herbicide drift can be a problem in Georgia corn fields, says Prostko, due to the fact that a lot of cotton is grown in the state, and many times cotton is planted next to corn.

“The problem comes when we’re getting ready to plant cotton, we’re putting out a burndown treatment, and there’s corn nearby. Last year, I actually sprayed some corn with various rates of Valor to see how it would respond. The only rate at which it really caused a problem was the full rate, so that tells me that unless corn takes a direct hit from Valor, it probably won’t be a major issue.”

If you’re a grower or a consultant, you probably need to start paying more attention to the hybrid management guides that are published by the major companies, advises Prostko.

“Companies screen their hybrids for tolerances to certain herbicides, but hybrids are constantly changing, so it’s hard to keep up. As we keep changing hybrids, and new, improved ones come onto the market, let’s make sure there aren’t any problems with those hybrids before we apply a herbicide and not after we’ve made the application. We don’t want to find out at some point later that a hybrid was sensitive to a certain herbicide. These guides are available from the company websites or from your seed salesman.”

Another issue that has arisen among high-yield Georgia corn producers, says Prostko, is how herbicides might potentially affect final yields.

“Seventy-five to 80 percent of our corn is irrigated, and many growers are trying to push their yields to 250 bushels per acre, and, in some cases, up to 300 bushels and better. One of the questions that has come up is in that kind of environment, where you’re trying to grow high-yield corn and manage all of your stresses, whether it’s insects, diseases, fertility or moisture, what effects do herbicides have or not have in that environment?”

Prostko says he was asked by a high-yield grower trying to make 300-plus bushels per acre if he was causing potential yield damage by spraying a herbicide over the top.

“I’ve never been able to grow 300 bushels myself, so we’re looking at that issue on his farm. Looking at a series of treatments we put out in his field, there were no statistical differences in a high-yield environment. We’re not seeing any problems with the typical treatments we’d apply, but we’ll continue to look at this.”

Prostko also is looking at the timing of herbicide treatments, especially atrazine. “When we talk about corn, we need to be done spraying herbicides in that V2 to V5 stage. If we go past that point, maybe due to weather conditions or other things, we potentially could have some problems. Go earlier than later with herbicide treatments and don’t wait until every weed is up in the field to spray.”

Another weed issue plaguing Georgia corn producers is the inability of controlling morningglory throughout the growing season.

“We don’t have a herbicide we can put out in February and March that’ll last all the way until July or August when we’re harvesting corn. When the crop dries down, sunlight gets to the soil, and we get re-emergence of morningglory. If we’re delayed for any reason, it becomes difficult to manage.”

Even if growers have atrazine-resistant Palmer amaranth pigweed, they’re still going to need atrazine for morningglory because it’s very effective.

“Try to use as much atrazine as possible. The maximum amount of atrazine that can be used depends upon how we use it. We can use a pre and post application, 1 quart pre followed by 1 quart post. We also could consider tank-mixes with whatever you might be doing, materials like 2,4-D, Clarity or Aim. Liberty is a much better material on morningglory than glyphosate.”