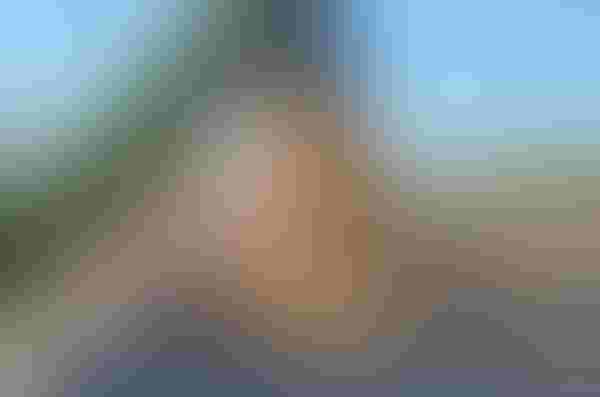 Estimated yields in 2012 are down sharply across many of the major corn producing States due to widespread drought and extreme temperatures that occurred in June and July. Yield declines of 30 bu. or more compared with 2011 are estimated in several large corn-producing states. In contrast, yields are up across much of the Southeast and Southern Plains following the adverse weather conditions of 2011. Record yields are estimated in Arkansas, Florida, Georgia, Idaho, Louisiana, Mississippi, South Carolina and Wyoming.

Corn planted area, at 97.2 million acres, is up 6% from 2011. This represents the largest acreage since 1937. Area harvested for grain is estimated at 87.4 million acres, down slightly from the November forecast but up 4% from 2011.

Drought conditions across most of the Corn Belt hampered soybean development this year, especially in Nebraska where the average yield declined 12.5 bu. from last year. In contrast, growing conditions were improved from a year ago across the remaining soybean States. Compared with last year, yield increased from the southern Great Plains, through the Southeast, and into the Mid-Atlantic States. Record high yields occurred in Alabama, Arkansas, Florida, Georgia, Louisiana, Maryland, Mississippi, North Carolina, Pennsylvania, South Carolina, Virginia and West Virginia.

The 2012 soybean objective yield survey data indicate that final average pod counts were lower than last year in all of the eleven objective yield states. Compared with last year, pod counts were down more than 20% in Illinois, Kansas, Missouri, Nebraska and South Dakota. Hot, dry conditions across most of the Corn Belt during the pod development stage led to reductions in pod counts per plant compared with last year, and in turn, reduced yields.

Get the full Crop Production Annual Summary from USDA.