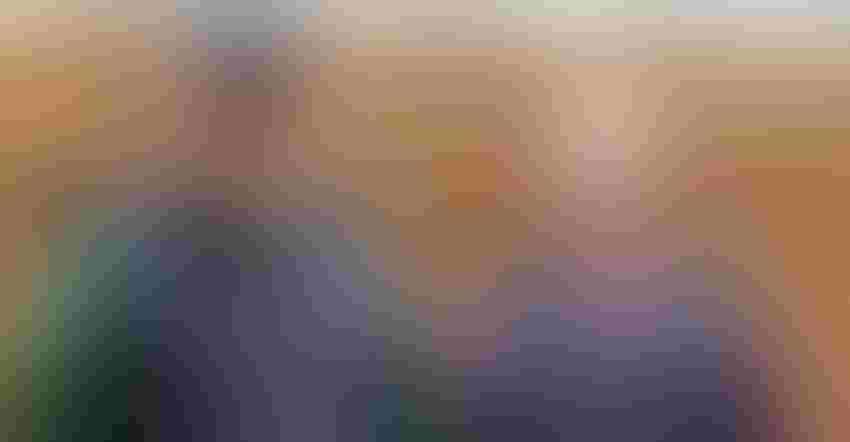 The Atleys have won the Ohio corn yield contest every year since 2017, but this year, they garnered national recognition. The father-son team of Carl, 65, and Cory Atley, 36, farm separately and together.

It all starts with the soil, says Cory, who also established a crop consulting company, Advanced Yield. “Once you have soil health, then you can start focusing on plant health and then raising yields higher and higher,” he says. “But you've got to have a good foundation to start with.”

It’s been a long process, but they have been intensively managing soils for the past seven years. “We finally got our soil balanced where we need it, and we’re actually using less and less fertilizer to gain more yield,” says Cory, who is also a believer in using biologicals and fulvic and humic acids on the 8,000 acres of corn and soybeans they are farming about 30 miles east of Dayton, Ohio, in Green, Clinton and Fayette counties. “We’re trying to break free what's already in our soils, so plants can take it up.”

The Atleys use conventional and minimal tillage and some no-till. For the contest field, Cory hit the ground in the fall with a Case IH 875 disk ripper.

A split fertilizer application of 100 pounds of potash and about 150 pounds of monoammonium phosphate was done between the spring and fall. Anhydrous ammonia was applied in the spring.

The contest corn was planted May 12 in 20-inch rows following soybeans. The Atleys variable-rate their population.

“In the wintertime, we write all of our scripts,” Cory says. “We have three different planting zones and variable-rate corn depending on the soil and the yield potential. On this 134-acre farm, it has a variable rate ranging from 36,000 to 42,000 seeds per acre.”

They both planted Dekalb DKC63- 91RIB and have won the Ohio state title with it the past two years. “It's a hybrid that does really great on 20-inch corn,” Cory says. “It's a shorter-stature corn with medium upright leaves and standability. It's got good flex and test weight — it’s just one we've been able to really push.”

At planting, they dodged the 4-inch rainfalls to the north and south of their location. “We only got about four-tenths of an inch, so we were very, very fortunate,” Cory says. 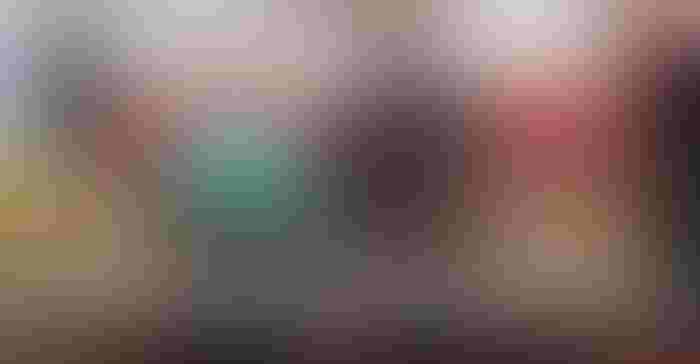 The recipe for success begins in-furrow, using water as a carrier. “We're early adopters with biologicals, micronutrients and fulvic acid,” Cory says. “It's working for me in the soil when I'm not able to be out there making a pass — we’ve had great luck with it.”

Around V2 to V3, they topdressed with ammonium sulfate and urea.

They were off to a great start and were able to feed the crop around V5. Everything was going good until it turned hot and dry through June.

“We went 22 days with temperatures in the 90s and no rain — not a drop,” Cory says. “I was getting really concerned we were about to lose our crops.”

But, on July 4, a soaking rain moved in — one that Cory calls a “saving rain.” Pop-up rains of an inch to an inch and half continued through August. “It was dry the whole month of September, but by then the corn was pretty much made, and it didn't hurt us,” he adds.

The last foliar pass was made at R3 for grain fill. “There's a lot of yield that can be left on the table,” Cory says. “There’s anywhere from 30 to 60 bushels that can be left on test weight, kernel size and kernel depth alone. So that's a crucial part in that corn’s life, and we definitely don't want to forget about it. I felt like that's what really helped push us over the edge, because when it started turning dry, that crop was still healthy and able to live off minimal moisture.”

Weather allowed for all three passes this past season, but there have been years when not a single fungicide application was made, not even at tassel. “That year, we were in the middle of a drought and just hoping for 200-bushel corn, as 300 bushels was off the table,” Cory says. “It comes down to ROI and if Mother Nature is going to continue taking it down, why keep spending money on a crop? Ultimately, she dictates whether we're playing defense or offense.”

The contest plot is 10 acres within a 134-acre farm, with the pull being 1.25 acres inside the plot. And while some naysayers of the contest think it’s not realistic over hundreds or thousands of acres, Cory says he competes in a smart way, and his return on investment in the contest plot was $1,763.88 per acre.

“Our goal is to throw up the biggest yield we possibly can, but also repeat it on thousands of acres,” he says. “We probably can’t repeat 366 bushels across all our acreage, but we can do 300 bushels. It’s our goal to find that blueprint and keep raising yields with improved soil health because we're farming for averages. We don’t treat those 10 acres any different than anywhere else in our fields.”

Cory is turning 15 acres over to Austin this spring. “He will make all the decisions. … Sometimes the best way to learn is to do it yourself, make some mistakes and learn from it. I've learned more from failures than I have from success.”

His advice for growers: “Don't be afraid to try something new. Step outside your comfort zone and don't be afraid of failure,” he says. “The industry is changing, and the amount of technology we have at our fingertips is amazing. We're living in the biggest tech-boom age — take advantage of it.”